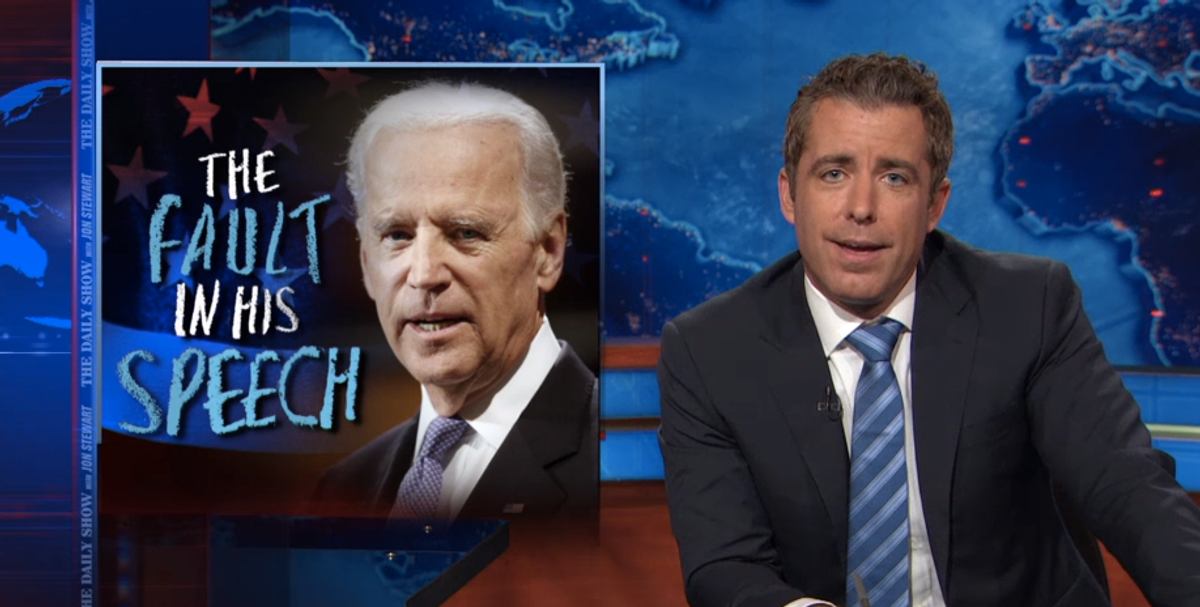 Jason Jones plotted his "Daily Show" takeover on Tuesday night by subbing in for an ill Jon Stewart. He jumped right into a segment mocking Joe Biden, font of gaffes that he is. Biden commits so many social faux pas that Jones labeled him "the Seinfeld of Vice Presidents" and then did a (very cringeworthy) Jerry Seinfeld impression. His point is, of course, that Joe Biden should be our next president.