The findings challenge the assumption that creativity has European roots 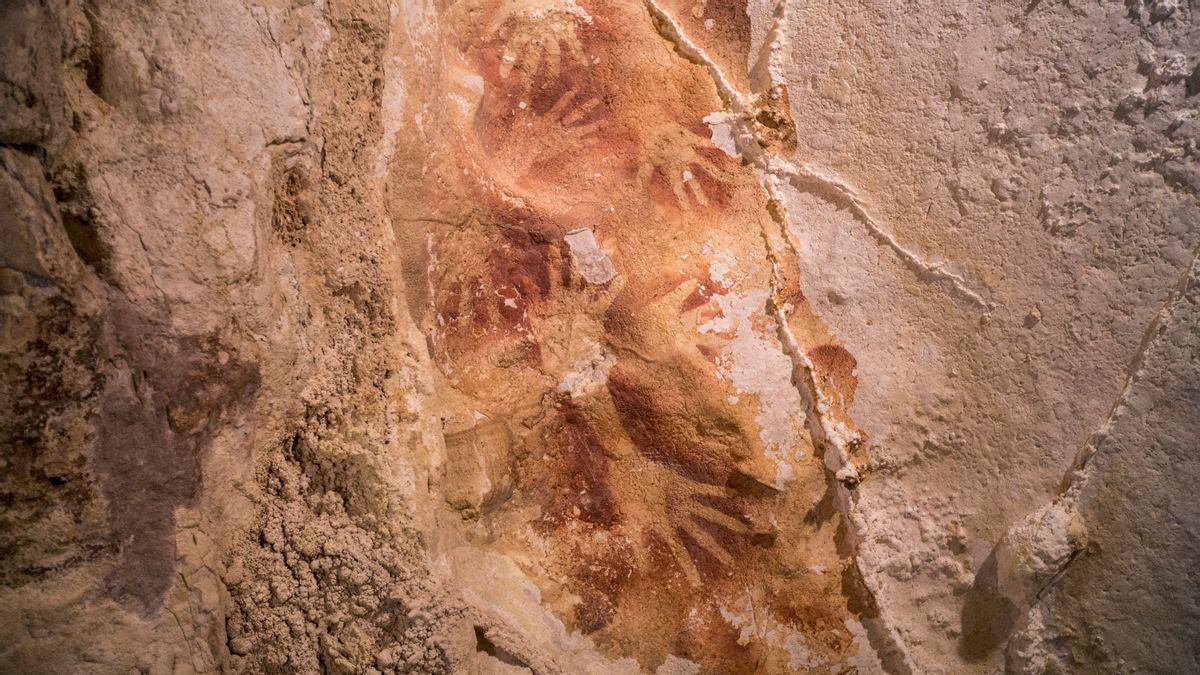 This undated handout photo provided by Nature Magazine shows stencils of hands in a cave in Indonesia. Ancient cave drawings in Indonesia are as old as famous prehistoric art in Europe, according to a new study that shows our ancestors were drawing all over the world 40,000 years ago. And it hints at an even earlier dawn of creativity in modern humans, going back to Africa, than scientists had thought. (AP/Kinez Riza, Nature Magazine)
--

The oldest sign of human creative art has been found in an Indonesian cave, according to a new paper published in the journal Nature. Dating back at least 40,000 years, the painting is older than work found in European caves. These findings challenge the opinion that creativity has European roots.

The Indonesian images, discovered in a limestone cave on the island of Sulawesi in the 1950s, had previously been thought to date back only 10,000 years. Anything older would, it was assumed, have deteriorated.

Even after a technology that could test that assumption, uranium-thorium dating, became available, no one thought to apply it to the Indonesian cave — until now. Though the paint itself cannot be dated, uranium-thorium dating can estimate the age of the bumpy layers of calcium carbonate (known as ‘cave popcorn’) that formed on the surface of the paintings. As mineral layers are deposited, they draw in uranium. Because uranium decays into thorium at a known rate, the ratio of uranium to thorium isotopes in a sample indicates how old it is.

The researchers dated 12 stencils of human hands and two images of large animals. Because they sampled the top layer of calcium carbonate, the uranium dating technique gave them a minimum age for each sample.

The results indicate that the oldest stencil is at least 39,900 years old, while an image of a babirusa (or a 'pig-deer') was found to be about 35,400 years old.

"[The finding] allows us to move away from the view that Europe was special," said Maxime Aubert, lead researcher and archaeologist at Griffith University in Queensland, Australia. "There was some idea that early Europeans were more aware of themselves and their surroundings. Now we can say that's not true."