"Voters will remember this": Scott Walker administration says $7.25 an hour is a "living wage"

The governor's administration rejects effort to raise the minimum wage, saying $7.25 is enough 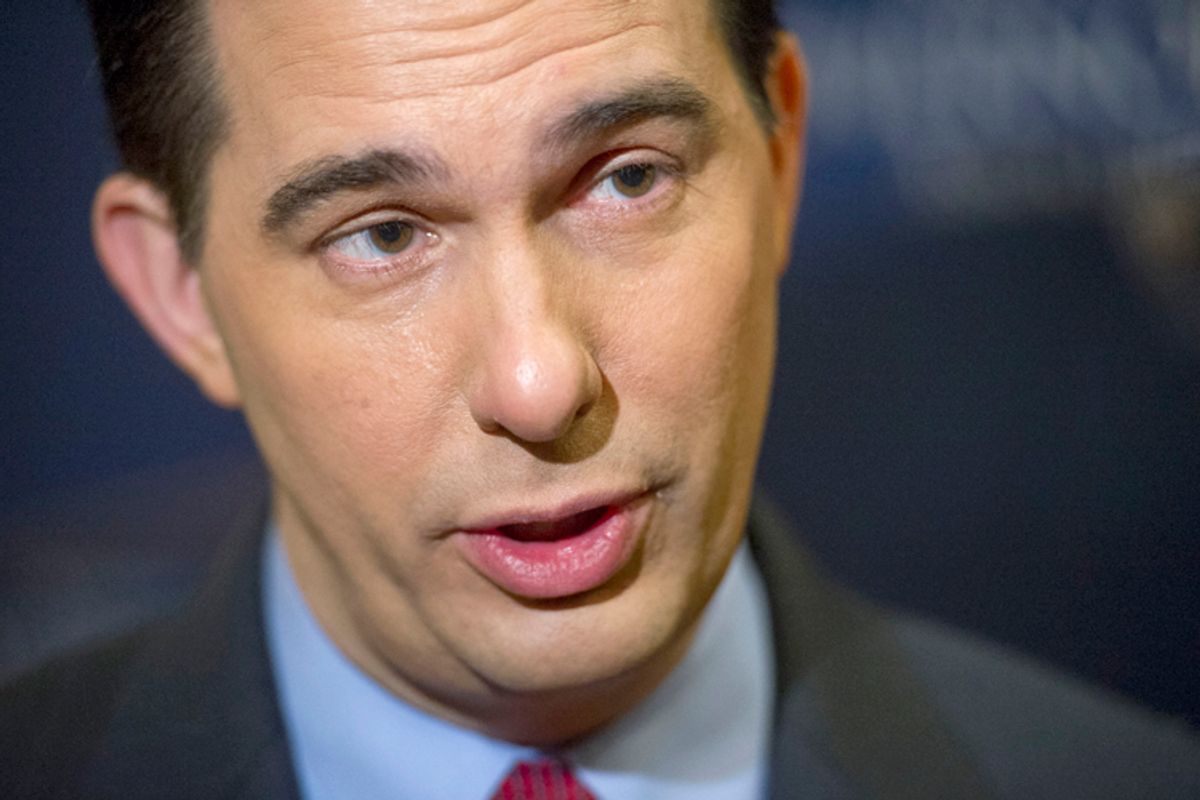 The Milwaukee Journal-Sentinel reports that a coalition led by the group Wisconsin Jobs Now had seized on a provision in Wisconsin law which states that the minimum wage must be a “living wage” – defined as “reasonable comfort, reasonable physical well-being, decency and moral well-being." However, the Journal-Sentinel noted, state law also allows governors to weigh such factors as the wage’s impact on the labor market. (Studies show that state increases in the minimum wage don’t harm job growth.)

Responding to the coalition’s effort in a letter Monday, Robert Rodriguez of the Department of Workforce Development wrote, “The department has determined that there is no reasonable cause to believe that the wages paid to the complainants are not a living wage.”

As ThinkProgress’ Bryce Covert notes, an MIT study has found that a living wage for a single parent in Madison, Wisconsin would be $21.17 per hour.

The typical minimum wage worker, according to the Economic Policy Institute, “is in her early thirties, works full-time, and may have a family to support.” According to the University of Wisconsin’s Center on Wisconsin Strategy, if the minimum wage were raised to just $10.10, 57 percent of Wisconsin workers affected would be women, and 87 percent would be age 20 or older. Walker's Democratic opponent, Mary Burke, supports raising the state's minimum wage to $10.10 an hour over a two-year period.

In a statement provided to Salon, Dan Cantor, national director of the Working Families Party, slammed the Walker administration's opposition to a wage increase.

"Everyone knows you cannot live on the minimum wage, and you cannot make ends meet on on $290 a week," Cantor said. "Governor Walker has just proven once again which side he's on, and it's not the side of working families in Wisconsin. Voters will remember this moment."