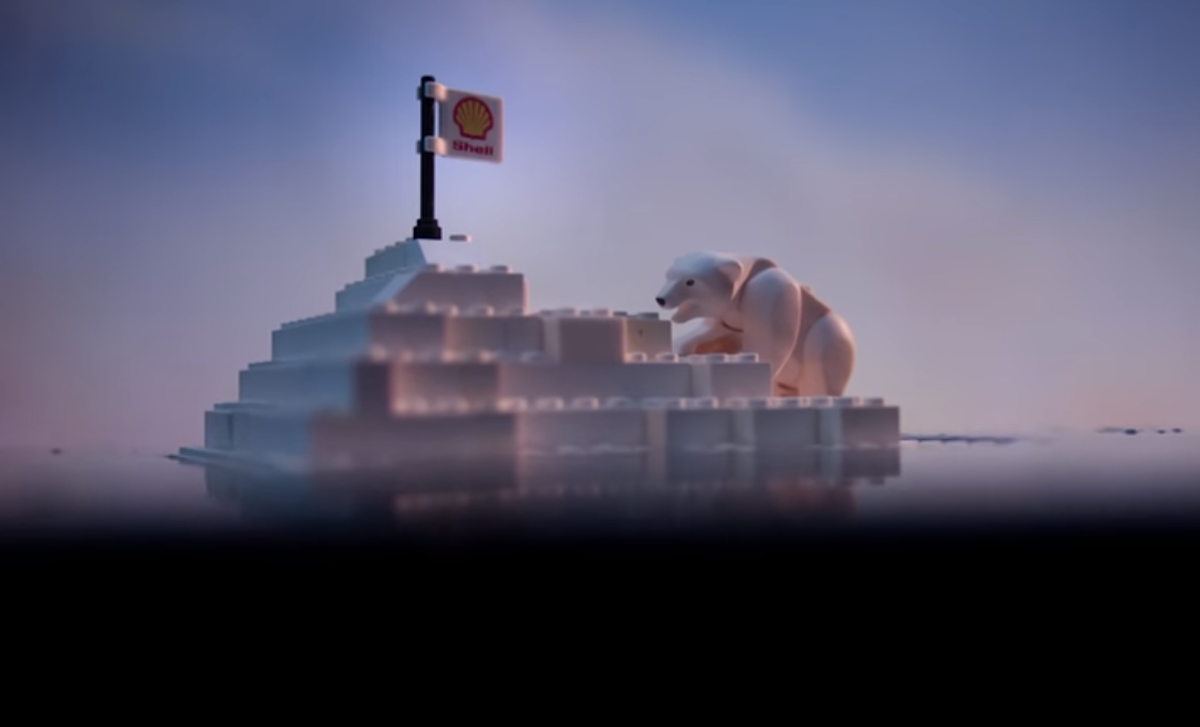 In the latest case of corporations distancing themselves from environmental troublemakers, Lego announced Thursday that it's ending its partnership with Shell. The decision came after a summer of pressure from Greenpeace, which argued that the beloved toy brand, by teaming up with Big Oil, was tacitly supporting the energy company's bad-idea plans to drill in the Arctic.

In other words, if the group couldn't Shell to stop drilling, it could at least ensure that the next generation of children won't grow up believing that's an acceptable thing to do.

The cornerstone of this campaign was their satirical take on the Lego Movie song, "Everything is NOT Awesome," which featured an Arctic constructed of about 265 pounds of Lego bricks, becoming slowly submerged in oil:

While the Greenpeace petition never reached its target number of signers, the video attracted 5.9 million views since it was released in July.

The partnership between Lego and Shell, which includes Lego sets branded with the oil company's logo, dates back to the 1960s. Lego's announcement specifically concerns a 2011 co-promotion that distributes free Lego sets at gas stations, a deal that the company said it will not be renewing next year.

Lego, which had originally insisted that Greenpeace should deal with Shell directly, sent some mixed messages. "We are determined to leave a positive impact on society and the planet that children will inherit," president and CEO Jørgen Vig Knudstorp said in a statement, before going on to imply that the partnership's end would keep it from getting Legos to more children. He added, "We do not want to be part of Greenpeace’s campaign and we will not comment any further on the campaign."

Greenpeace is pretty thrilled, regardless.“This is a major blow to Shell. It desperately needs partners like LEGO to help give it respectability and repair the major brand damage it suffered after its last Arctic misadventure," Ian Duff, an Arctic campaigner at Greenpeace, said in a statement.

“The tide is turning for these fossil fuel dinosaurs that see the melting Arctic as ripe for exploitation rather than protection," Duff added. "The message should be clear; your outdated, climate wrecking practices are no longer socially acceptable, and you need to keep away from the Arctic or face being ostracizedby society.” Which, of course, is never awesome.