Centrists' clueless obsession: Why do so many want to cut Social Security?

Social Security is enormously popular among all voters. So why is it on "centrist" Greg Orman's chopping block? 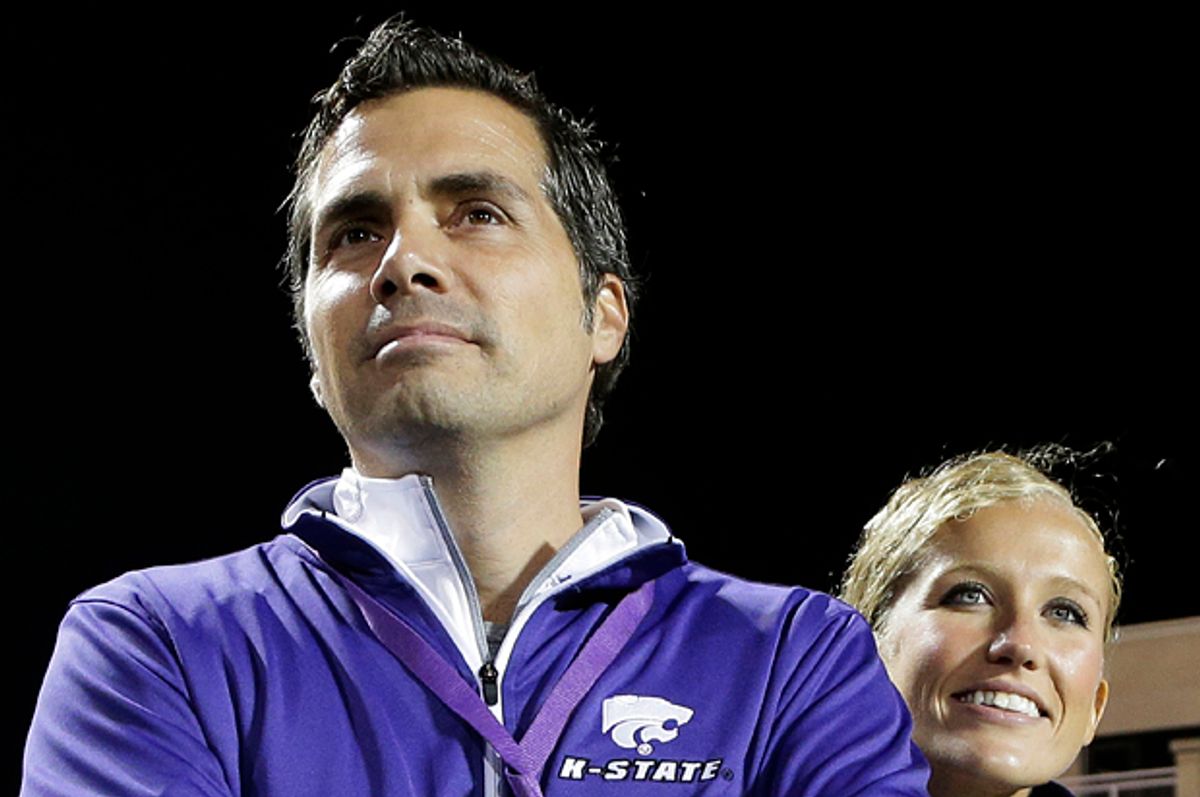 Centrism: how does it work?  The common-sense rationale for a politician to pursue centrism would be that if you take the most broadly supported Democratic policies and the most broadly supported Republican policies and forge a broadly supported cross-party platform, you will achieve electoral success. Such a platform might be devoid of any consistent ideological thread between the positions, but oh well: you've taken all the positions that the vast middle supports, and for the opportunist, that's a solid campaign strategy.

And yet there's one issue where those who define themselves as "centrists" -- the No Labels crowd, conservative Democrats, politicians running as independents to distance themselves from the taint of the "Democratic" or "Republican" party labels -- gravitate towards the exact opposite of what the vast middle supports: Social Security.

Social Security is the most popular government program in history. And yet when politicians decide to move to the "center," where the great majorities presumably are, they do so by talking about the need to cut the deficit. Cutting the deficit is superficially popular, because (a) big numbers look scary and (b) too many people falsely believe (and are enabled by those who know better) that items like foreign aid are the largest parts of the federal budget. When you poll specifically about support for cutting Medicare or Social Security, though, the numbers are grim.

A couple of Democratic Senators from red/purple states who are up for reelection this year, Kay Hagan of North Carolina and Mark Pryor of Arkansas, both find it politically rewarding to position themselves as centrists. They hugged the Simpsons-Bowles deficit reduction plan, which recommended both raising the Social Security retirement age and linking Social Security COLA increases to "chained CPI," i.e. cutting Social Security benefits. In order to appeal to the "center," Hagan and Pryor -- who honestly probably hadn't read the thing, but were told by stupid advisers that it was something they should align themselves with -- ran arms-outstretched to a plan to cut Social Security benefits, an extraordinarily unpopular political position. Karl Rove's outside groups pounced. Who could've predicted?

Greg Orman, the independent Senate candidate in Kansas, is running as a centrist. He wants to take the most popular ideas from each party, go to Washington, and Get Things Done. So far it's working: he has a ~5 percentage point lead over Sen. Pat Roberts, although the Kansas electorate still has a lot of sorting out to do. Orman says he won't be beholden to the Democratic party or the Republican party, only the people of Kansas and what they want out of an elected official in Washington. Okay. So then where the hell does this come from?

This happened during yesterday's Kansas Senate debate. Say what you will about the political skills of old Pat Roberts, but he was sharp enough not to commit to raising the Social Security retirement age. Now there are probably going to be television ads, by either Roberts' committee or an outside GOP group, slamming Orman for wanting to cut Social Security benefits.

There's at least one hopeful sign out there: Sen. Mark Begich, the Alaska Democrat, is now campaigning on his desire to expand Social Security. It may be a little too late for Begich to turn things around. But at least we now have one red-state Democrat who understands that if you're courting the center, it's best not to declare war on the center's favorite program.