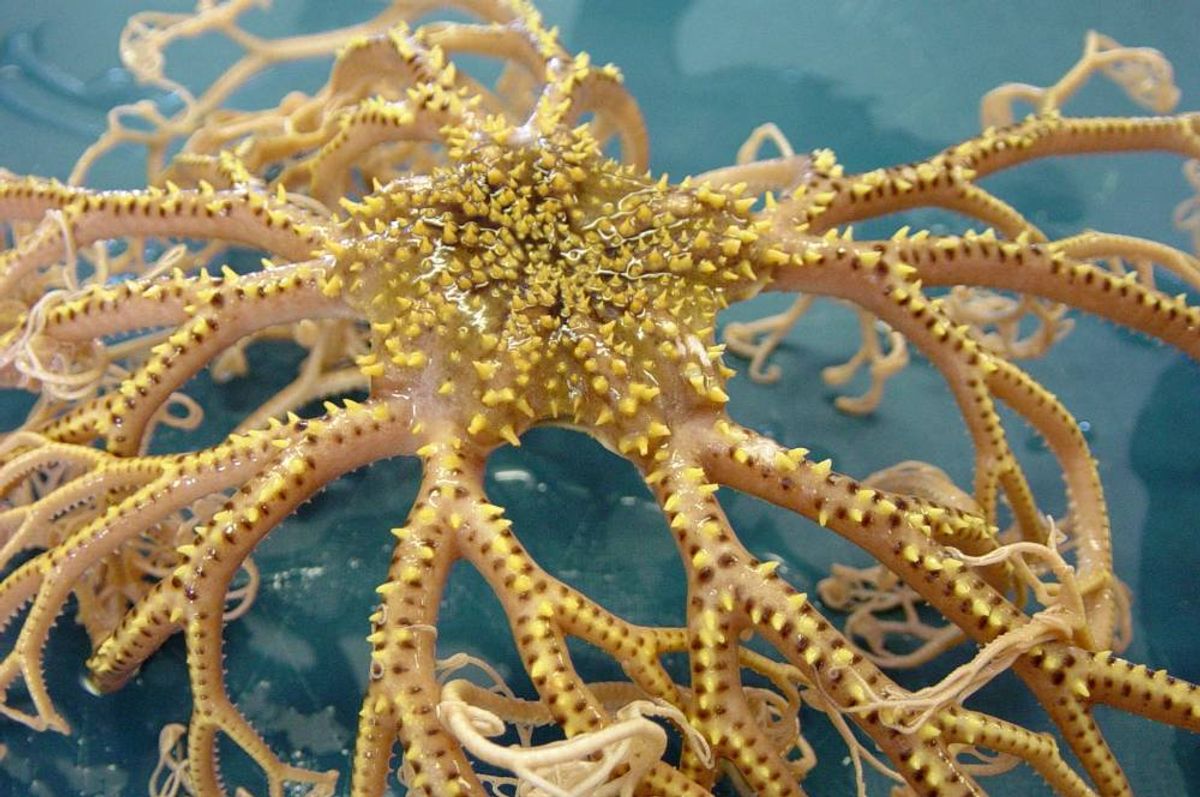 Facebook user Jr Saim pulled this incredibly freaky creature out of the ocean near Singapore. As of this posting, a video of the catch has over a million views:

So what is it? Terry Hughes, Director of the Australian Research Council Centre of Excellence for Coral Reef Studies at James Cook University solved the mystery impressively quickly. What we're looking at, Hughes told Salon, is a basket star: an echinoderm of the class Gorgonocephalus (a name given, as you can probably guess just by looking at it, for its resemblance to the Greek Gorgons, which have snakes for hair). They're typically found in the deep ocean but are widely distributed throughout the world's oceans.

A predator, the basket star uses its many, active arms to snag tiny-to-microscopic sea creatures and pull them into its mouth. Here, via the Seattle Aquarium, is what one looks like feeding close-up: