Look closely and you'll see the old Republican strategy of attacking Dems on defense is back. Here's the reason why 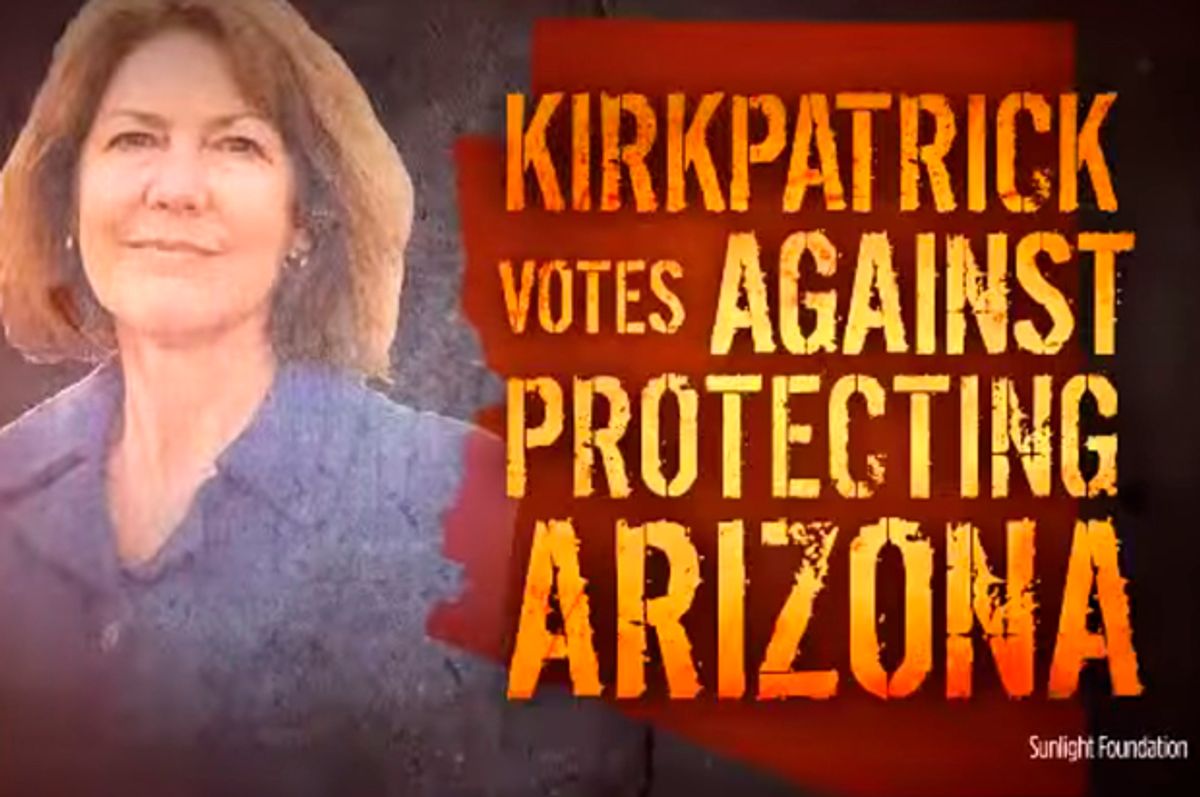 A still from the ad "Pelosi First" (YouTube/NRCC)
--

If there is one thing liberals have envied about the conservative movement over the years, it's the simple and clear metaphor they employ to describe their coalition: a three legged stool consisting of "family values, small government and a strong national defense." (If you've ever had the experience of listening to Democratic strategists struggle with an "elevator pitch" you'd understand why.) The original brilliance of that metaphor was the idea that it requires all three legs to stand up so every faction must be equally supported by the others. (I would argue that the seat of the stool is law and order --- aka race --- but the poor metaphor is so tortured at this point that it's about to collapse of its own weight, so I won't.) In any case, over time those factions all merged into a party consensus that was simply called "conservatism" and the three legs of the stool today merely symbolize the three issue areas that animate the Party. Each set of concerns is always relevant to some extent or another but when one gets a little bit shaky they can usually trot out one of the other ones to rally their troops.

So it's not just an ideological coalition, it's also an electoral strategy. For instance, when the Obamacare fearmongering fails to produce the predicted chaos they could shift gears and start frothing about debt and taxes.  Or when the culture warriors go too far and start babbling about "legitimate rape" and call women who use birth control a bunch of sluts they can call in the nativists to scream about an "invasion of illegals" or stoke fears that we are in imminent danger of terrorists killing us all in our beds. When events break just right, they can even combine them to create a full-blown panic.

Here's how it's being done for the upcoming election by Republican Senate challenger Tom Cotton from Arkansas:

"The problem is with Mark Pryor and Barack Obama refusing to enforce our immigration laws, and refusing to secure our borde. I’ll change that when I’m in the United States Senate. And I would add, it’s not just an immigration problem. We now know that it’s a security problem. Groups like the Islamic State collaborate with drug cartels in Mexico who have clearly shown they’re willing to expand outside the drug trade into human trafficking and potentially even terrorism. They could infiltrate our defenseless border and attack us right here in places like Arkansas. This is an urgent problem and it’s time we got serious about it, and I’ll be serious about it in the United States Senate."

You have to give him credit for weaving the primal fears of the Republican base together so seamlessly. (He missed an opportunity to get Ebola and witch doctors in there but it's early days yet.) Needless to say, the idea that there's some kind of coordination between ISIS and the drug cartels is absurd and backed up by absolutely nothing.

And then there are the National Republican Congressional Campaign Committee's new ads.

As you can see,we have grainy menacing images of armed militants dressed in black riding around on Humvees.  The voiceover says "Evil forces around the world want to harm Americans every day!" and then implies they are coming over the Arizona border any minute.

And this one ominously called "Danger":

America is under a new threat of terrorism, yet Nolan voted to cut funds for the fight against Al Qaeda.

And hard-working Minnesotans are just trying to make ends meet.

Former Massachusetts Senator Scott Brown, now running for a different Senate seat in a different state (New Hampshire) is also on the case with his latest ad:

Anyone who turns on the TV these days knows we face challenges to our way of life. Radical Islamic terrorists are threatening to cause the collapse of our country. President Obama and Sen. Shaheen seem confused about the nature of the threat. Not me. I want to secure the border, keep out the people who will do us harm, and restore America’s leadership in the world. I’m Scott Brown, and I approved this message because protecting the homeland is the first step to making America strong again.

His accompanying press release was similarly lurid even going so far as to evoke the Nigerian crazies Boko Haram. He doesn't say it explicitly but the implication is that all these violent extremists are gathering down at the Mexican border and getting ready to invade.  Normally New Hampshire might not be expected to be terribly concerned about the southern border but Brown apparently figures they could be inspired to vote to stop the impending invasion by crazed African militants intent upon hastening the collapse of our nation.

Meanwhile you have Republican Senator Kelly Ayotte claiming that President Obama will not continue the fight against ISIS after the election and gutsy calls for hikes in military spending by Presidential Wannabe Bobby Jindal. (There's no need to mention John McCain or Lindsey Graham in this context because it goes without saying that they are perpetually running around in circles screaming about someone trying to kill us all.)

Joe Scarborough complained on the Meet the Press last Sunday that the Republicans are without a message because they have nothing to say about healthcare and the economy. He's obviously unaware that the Party has decided the national security leg of the conservative stool which had been wobbly after Bush's Iraq disaster is solid once again. And frankly, it's always been the strongest one. It's painted red, white and blue and doubles as a heavy cudgel with which to hit Democrats over the head. You can feel their growing excitement at being able to use it again.