Here's why the French novelist deserved the Nobel prize 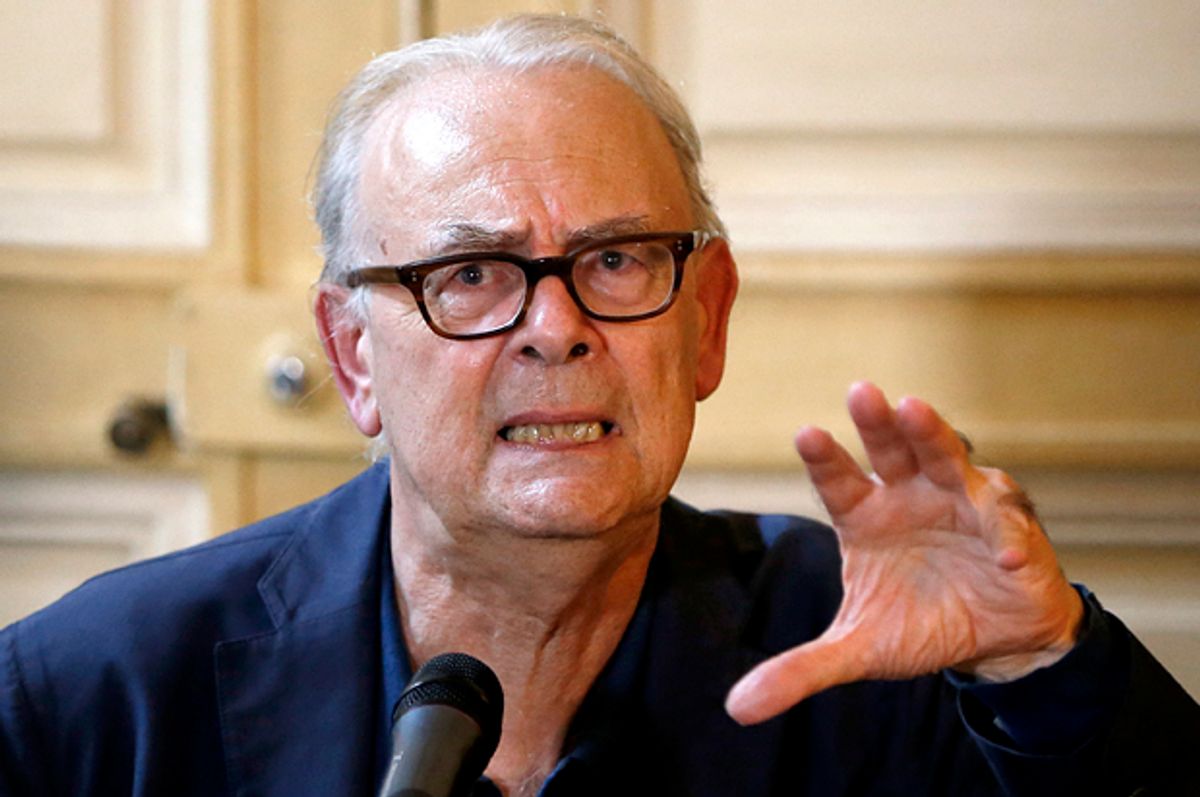 Patrick Modiano is one of the few contemporary writers whose works I read as they’re published, and whose works I reread quite often. He was today awarded the Nobel Prize in Literature for 2014, justly-deserved for a remarkable body of work that is still not well known here. Hopefully this award will bring him the attention he deserves.

What makes him worthy of it? First and foremost, his novels are all of a piece: each is subtly different one from the other, the equivalent of a chapter in a much larger work. There is a consistency in his over twenty-five novels (he also wrote plays, the script for Louis Malle’s “Lacombe Lucien,” and with his wife collaborated on children’s books), that attests not just to a kind of writerly obsession but a genuine need to explore something deep within his past and himself: memory, identity, and always the city of Paris, which the author knows intimately. The city of the past—of his past, of his father’s past—has begun to give way to the façades and franchises of a more temporary world. Like so many of his characters, the streets, the apartment houses, the small shabby Left Bank hotels, have taken on new identities, and all that remains is the darker realm of memory.

Many of his books feature a young narrator, cast adrift by circumstances beyond his control, caught in a situation he doesn’t completely understand—hence the noir aspects that so many critics have pointed out as notable in Modiano’s books. His 1978 Goncourt-prize-winning “Rue des Boutiques Obscures” (translated as “Missing Person”) is about a former private detective suffering from amnesia who begins investigating his own lost identity. The strands that lead to his past (and usually to the pasts of most of his narrators), reach back to the shadowy, half-lit world of the German Occupation, and to the people who shuttled between the Nazis and the French, who dabbled in the black market, who smuggled people and riches out of the country, who lived the high life under the occupiers and then retreated into deep hiding, changing their identity sometimes multiple times, moving unrecognized on the crowded boulevards of their cities. Until one day a man in search of himself picks up the phone and calls them.

In his autobiography, "Pedigree," Modiano describes his, to put it mildly, dysfunctional upbringing. His mother was the Belgian actress Louisa Colpeyn (who, among many other movies and television programs, was in Godard’s “Band of Outsiders”); his father, Albert Modiano, who was part Jewish, spent the years of the Occupation working in the black market, associating with known collaborators, evading—by a hair—being captured and interned by the Nazis, a story Modiano tells in "Dora Bruder," a work that straddles fiction and nonfiction, and whose origins are in a small notice published in a newspaper during the Occupation. A fifteen-year-old Jewish girl named Dora Bruder is declared missing by her family, and Modiano undertakes to learn her fate, and in so doing, to give her a new kind of life in his pages. But her life, and that of his father, intersect.

There is a haunted quality to Modiano’s prose, which has been characterized by many French reviewers as “la petite musique,” his sense of phrasing, the sometimes deceptive meditative lightness to his work that lingers long after the book is closed. But what I think makes this Nobel laureate so worthy of the title is the exceptionally personal body of his work. This is a writer who writes not just to bring out a book every two years, or to enjoy the accolades (for Modiano himself is notoriously shy, and often, in interviews, is at a loss for words), but to explore something both within himself and in a France that belongs both to today and the deeper, darker places of the past. This strange, twilit world of occupied Paris is the genesis of Modiano’s fictional universe—a place where people aren’t whom they claim to be, where people tweak your memory so you will forget them—until you run into them once again, decades later.

Perhaps it was this quality that drew me to his work when I started reading him almost forty years ago. When your memory is fragmented, when what you thought was the truth turns out to be someone else’s fiction, when the foundation for your own life in a world of shifting loyalties and powers suddenly begins to crumble, there’s not much left but to reinvent yourself, to recreate your own history. To become a writer.

J.P. Smith is the author of six novels, the latest of which is "Airtight."