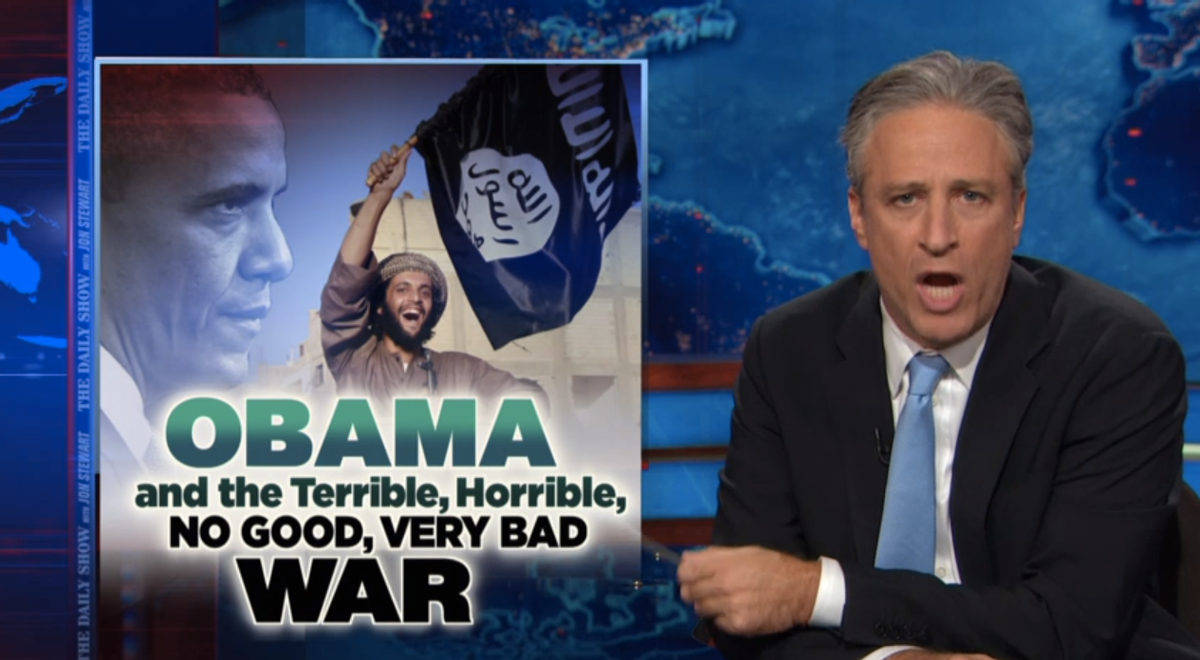 On Wednesday night Jon Stewart again delved into the semantics of war; this time he called out the irregularities of the war-propaganda machine.

The American people have been told that ISIS/ISL is the "worst thing since Hitler's sliced bread," Stewart stated. He also reminded viewers that there was even an interruption during "Dancing With the Stars" so that the president could address the American people.

Meanwhile ISIS is poised to take over Kobani, a Syrian/Kurdish town on the border of Turkey. However, according to a super-cut of pundits, Kobani is not strategically important.

"So Kobani seems to fall somewhere between a town about to fall to the greatest threat we've ever seen, and you know, a slow drip from a kitchen sink," Stewart jokes. Watch the clip via Comedy Central, below: