Republicans are Ebola hypocrites: What they really think of public health

Republicans slash public health funding -- then blame Obama for the crisis? Here's why he needs to call them out 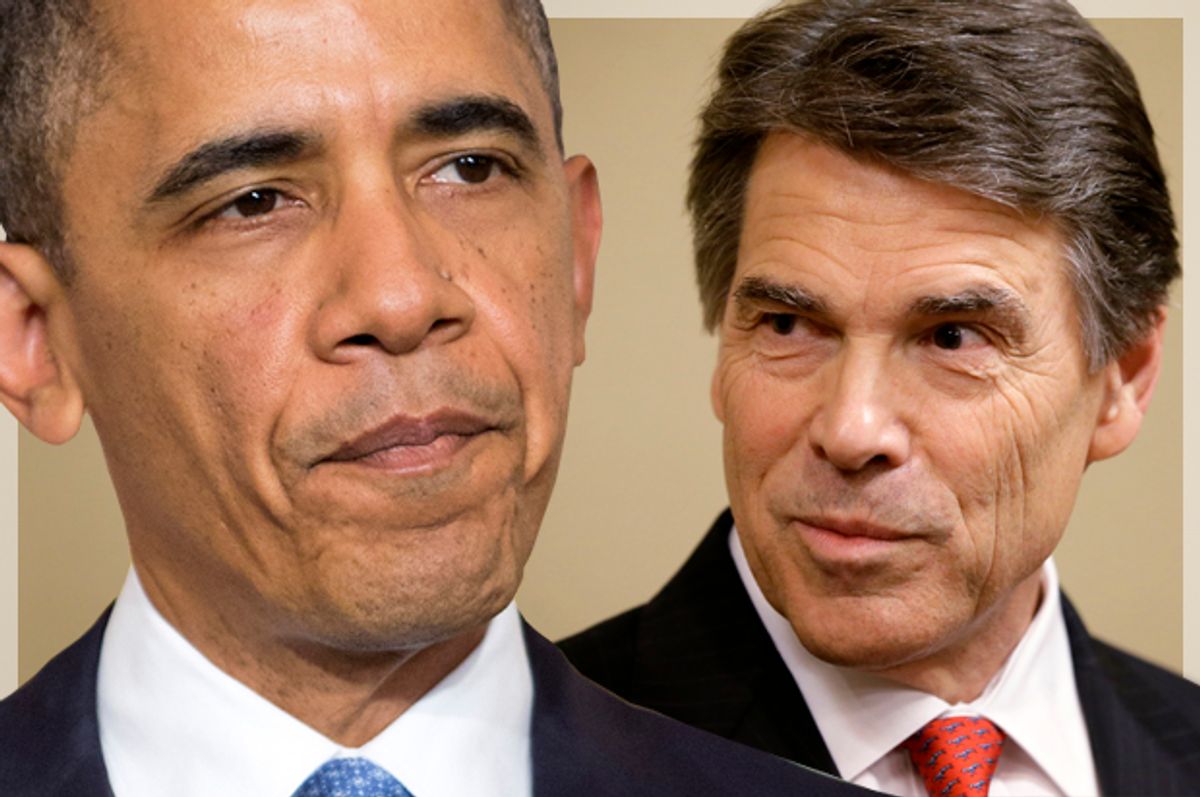 President Obama's critics are right: He never should have reassured Americans that Ebola was “unlikely” to arrive in the U.S. He should have known better. He ought to have told Americans that our still spotty healthcare system, in which hospitals routinely deny diligent treatment to people who don’t have insurance, and profile along lines of race and class, virtually insures that we'll have an inadequate response to any public health crisis.

Thomas Eric Duncan, the first person to develop Ebola in the U.S. – four other people are being treated in American hospitals – is the only patient to die of the disease here. He’s also the only patient who was uninsured. He turned up in a Dallas emergency room, informed the staff he was from Liberia, and was sent home with antibiotics.

Even when he was readmitted and diagnosed with Ebola, he got an experimental drug late. And he was the only patient who didn’t receive the additional experimental protocol of a blood transfusion from someone who had recovered from Ebola.

“The real elephant in the room is, the man was black, he had no insurance, and therefore he was basically turned away,” Dallas County Commissioner John Wiley Price, who is African American, told the Los Angeles Times. The hospital, for its part, denies it treated Duncan differently than insured patients.

It's probably no accident, either, that it happened in Rick Perry's Texas. More than 1.5 million Texans, with a median income of $833, are going uninsured because Perry rejected Medicaid funding. Medicaid wouldn’t have helped Duncan, but it might help someone exposed to him. Right now Youngor Jallah, the woman who got Duncan to the hospital when his symptoms worsened, says she doesn’t have Medicaid or any health insurance.

Presumably she’s being monitored by health officials and will be treated if she becomes symptomatic, but she’s not certain. “It’s my worry ... that I will be treated the same way” as Duncan, Jallah told the Los Angeles Times.

It’s also worth remembering that Perry's indictment has to do with concerns that he abused his power by trying to defund the Travis County District Attorney’s office after it opened an investigation into corruption in the state's Cancer Prevention and Research Institute, when an official was indicted for misusing an $11 million grant. Not a great sign that Perry is managing medical research money as well as he might. At any rate, it’s ridiculous that Perry is now giving the president lectures about his handling of a health crisis that broke out in Perry’s own state.

Then there’s the GOP crusade to cut federal spending on health agencies. The sequester cut $1.55 billion from the budget of the National Institutes of Health, took another $300 million from the Centers for Disease Control, slashed global health programs by $411 million and USAID by $289 million. The budgets drawn up by Rep. Paul Ryan and passed by the House GOP would have deepened those cuts significantly. The CDC’s budget has been cut $600 million since 2010.

"I have to tell you honestly it's been a significant impact on us," the NIH’s Anthony Fauci told a Senate subcommittee last week. "It has both in an acute and a chronic, insidious way eroded our ability to respond in the way that I and my colleagues would like to see us be able to respond to these emerging threats.”

So the president’s critics are right, though mostly for the wrong reasons. Our under-funded public health system means that Obama probably shouldn’t have called it “unlikely” that Ebola would reach our shores, or promise that we can certainly prevent its spread. “We have to work now so that this is not the world's next AIDS,” CDC Director Dr. Tom Frieden told the World Bank and International Monetary Fund annual meeting. That will require funding a stronger public health infrastructure at home and internationally.

But Republicans are determined to use the disease to stoke fear and turn out their base in November. It may be working: An NBC online poll shows that 56 percent of Americans now want a ban on flights from countries that have seen an outbreak of Ebola. Fighting the disease will require engaging with the global public health community, not seceding from it, but xenophobia is a reliable standby in the GOP political toolkit. It just may be the wrong season to expect a serious bipartisan response to this crisis.