Community Discussion: What comes after the plastic bag ban?

What else should we be doing without? 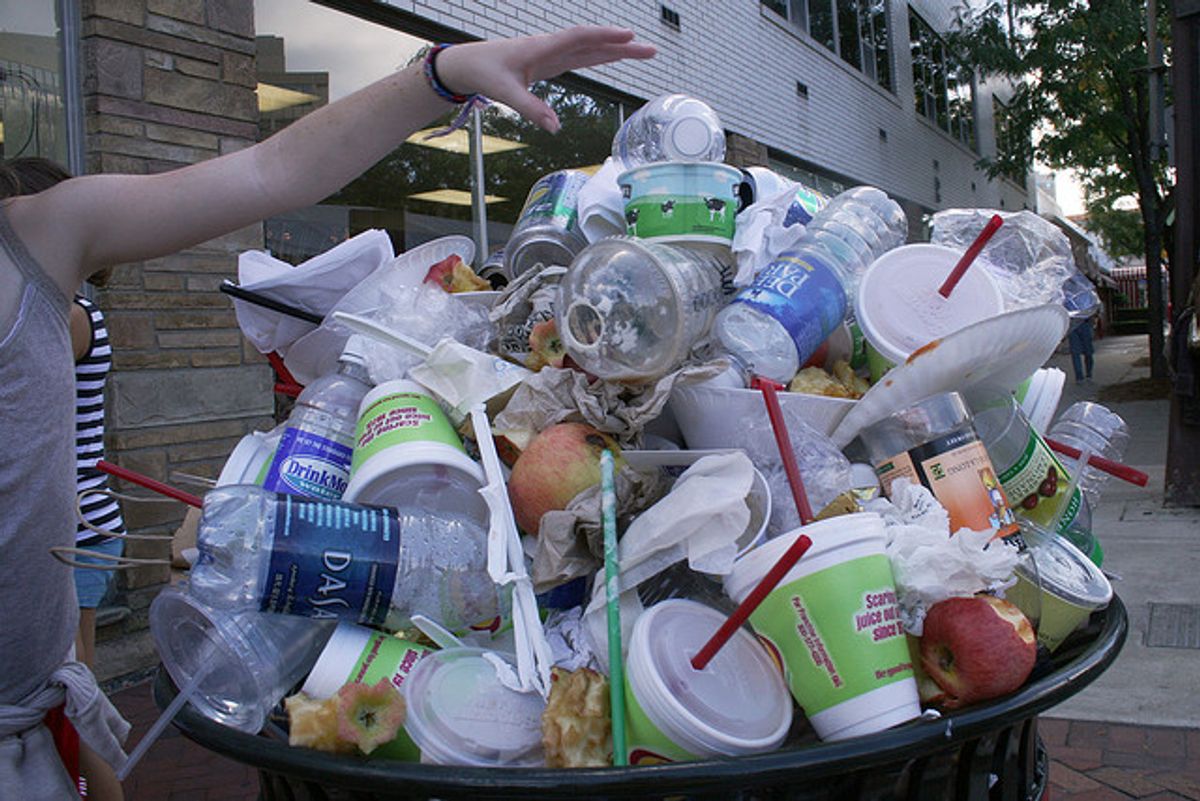 Last week, California voted to begin banning lightweight plastic bags from July 1st 2015. The rationale are pretty solid: The average American family brings home 1,500 plastic bags a year and Californians only manage to recycle 3% of them. Most of them end up as trash, many in the ocean, where they contribute to the Great Pacific Garbage Patch, a continent-sized vortex of junk. The good news is that plastic bags degrade swiftly in the ocean -- into poisonous chemicals and particles that enter our food chain. In a landfill they may stick around for 1,000 years.

Plastic bag bans are swiftly spreading across the country and the world. But in some sense they are merely symbolic -- there are many more everyday, household items that can be just as harmful to the environment. We asked on Twitter for some suggestions for other items we could do without, and here's what you said.

Plastic bottles share most of the drawbacks of plastic bags and in many ways are even worse. Americans consume 1,500 bottles of water each second. Producing all these plastic bottles requires 17 millions barrels of oil even before transportation. 80% of plastic bottles end up in landfills. Several small bans have already begun, such as on San Francisco city property and in the Australian town of Bundanoon.

The debate over whether disposable or cloth diapers are better for the environment has been going on for a long time, but whatever the case Americans disposed of 3.6 million tons of disposable diapers in 2012. Recently, however, scientists in Mexico have developed a method of decomposing diapers with edible oyster mushrooms.

Let us hear your suggestions for everyday items that could be done away with. Can these be phased out with education and public pressure or will government action be necessary? What alternatives are available to replace them?