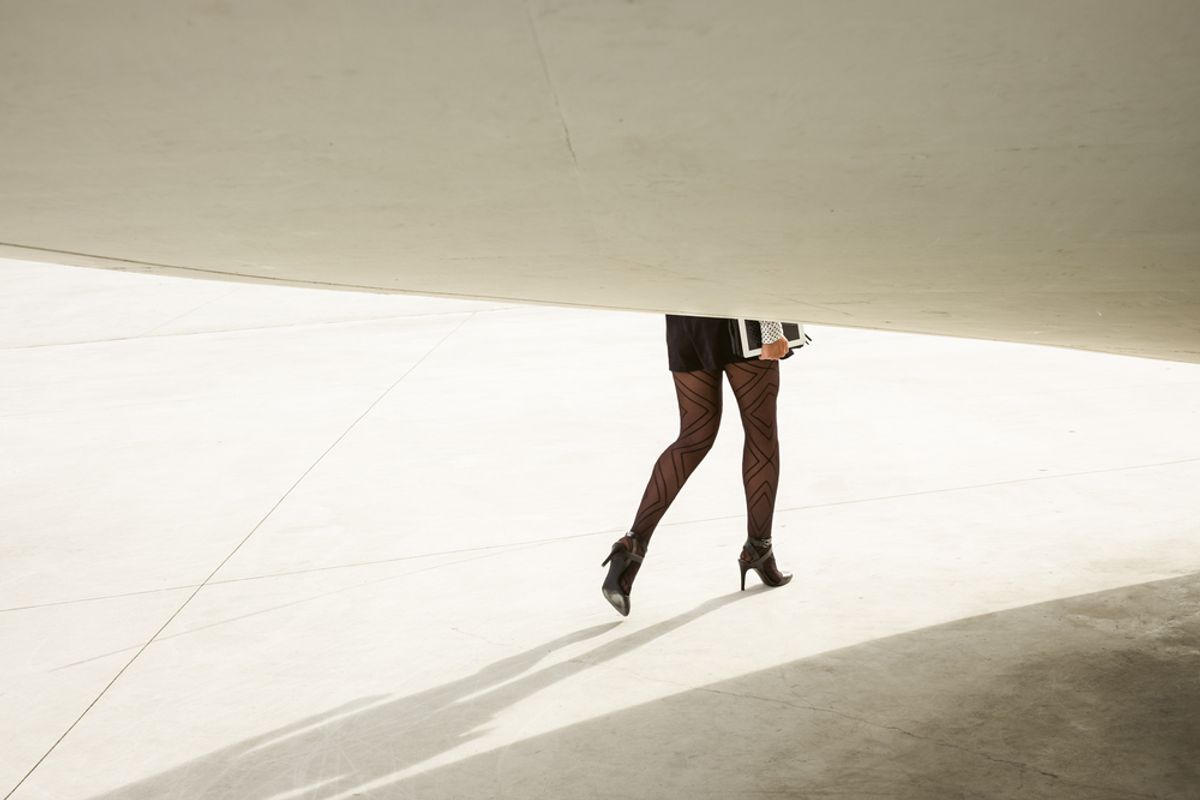 A D.C. Superior Court judge has ruled that taking "upskirt" photos and/or other creepshots of people without their consent is perfectly legal in the capital, as women should have no expectation of privacy in a public place. In a case against Christopher Cleveland, who was arrested in June 2013 for allegedly taking photos up strangers' skirts at the Lincoln Memorial (which police later discovered on his camera), Judge Juliet McKenna has held that while the defendant's behavior was troubling, it was not illegal.

“This Court finds that no individual clothed and positioned in such a manner in a public area in broad daylight in the presence of countless other individuals could have a reasonable expectation of privacy,” McKenna wrote in her ruling. She also added that Cleveland's case was not actually a typical "upskirt" one, as the prosecution attempted to portray it, because he didn't have to go to "extraordinary lengths" to capture the images:

Some of these women are seated in such a way that their private areas, including the upper inches of their buttocks, are clearly visible. Other photographs capture images of women wearing sheer or form fitting clothing through which the outline of their breasts and buttocks are visible. However, all of these images were similarly readily visible to other passerby in the area. ...

The images captured were not "incidental glimpses" and in fact were images that were exposed to the public without requiring any extraordinary lengths, or in fact any lengths whatsoever, to view.

McKenna did contend that Cleveland's actions, while not illegal, were morally questionable at the least:

The fact that the Defendant was intentionally photographing publicly exposed areas of women’s clothes and unclothed bodies, including the upper portion of their buttocks, waistband of their underwear and the outline of their buttocks and breasts visible through their clothing, is repellent and disturbing. However, his actions as observed by the Park Police on June 19, 2013 do not provide a sufficient legal basis for the officers to initiate a non-consensual stop or to place Mr. Cleveland under arrest.

The D.C. ruling follows similar rulings in Massachusetts and Texas, but offers a more explicit legal protection for people who take pictures of other people's "exposed" areas without consent. It's also important to note that Cleveland's case was dismissed without the photos themselves being included as evidence, despite officers' early contention that upskirt photos were, in fact, discovered on the defendant's camera. A court spokesperson told WJLA, however, that "there was absolutely no evidence that on the day of his arrest, the defendant engaged in behavior that could be described in any way as ‘upskirting.'" Okay, sure.