From "Psycho" to "Gone Girl": The shower scene as plot device 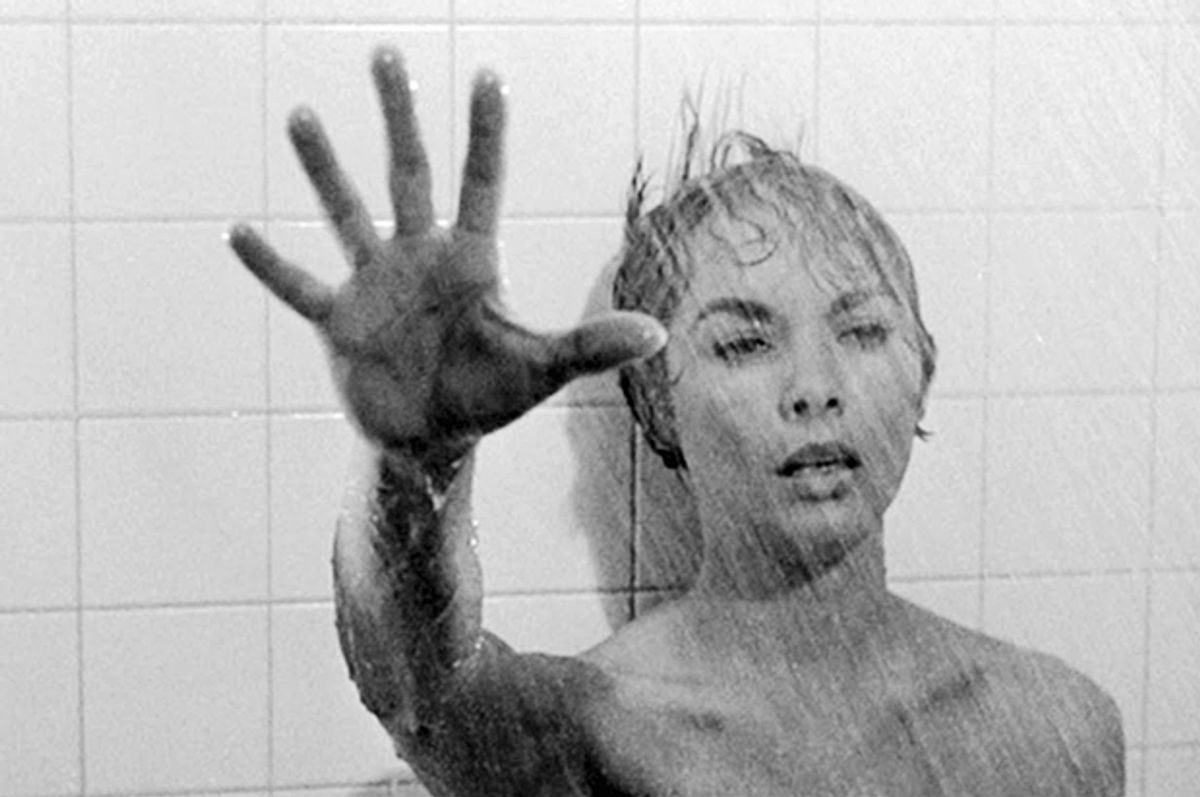 There’s a critical scene in "Gone Girl" that takes place in a shower, which only emphasizes just how important showers can be as crucibles for drama, comedy and plain voyeurism. Just as a haircut symbolizes a life change for characters in fiction, showers (and rain) provide cleansing properties. So here are 10 of the most memorable shower scenes in cinema:

"Psycho": Spoiler alert: Marion Crane (Janet Leigh) gets killed in the shower in Alfred Hitchcock’s masterpiece. The astonishing three-minute sequence, which included a reported 77 different camera angles and 50 edits, has been discussed and debated to death. Was there a body double? Did Saul Bass (who designed the film’s titles) direct it? And was there any nudity or actual violence visible in the sequence? It all doesn’t really matter. The scene—shocking at the time, and for some, perhaps still today—was incredibly influential. It symbolizes Marion’s punishment and/or her baptism. Leigh claimed not to be able to shower after shooting it, and she wasn’t alone.

"Dressed to Kill": Angie Dickinson’s character Kate Miller took a steamy shower in the opening moments of Brian De Palma’s classic film. The scene is particularly notable because Kate is imagining (or fantasizing), that she is being grabbed or embraced from behind by a man who is not her husband. It was revealed that Dickinson used a body double (Victoria Lynn Johnson). De Palma named a subsequent film "Body Double," perhaps in homage, but then again "Dressed to Kill" is an homage to "Psycho." De Palma also created an indelible shower scene in his 1976 film "Carrie," where the title character (Sissy Spacek) has her period in the gym shower. Later, Carrie is famously showered with pig’s blood at the prom.

"M*A*S*H": Being humiliated in the shower was a key scene in Robert Altman’s film "M*A*S*H," when Major Margaret “Hot Lips” O’Houlihan (Sally Kellerman) was exposed in a shower—the tent she is washing in is raised to see if the “carpet matched the drapes.” The prank was devised to settle a bet between Hawkeye (Donald Sutherland) and Duke (Tom Skerritt) about "Hot Lips" being a natural blonde, and the comic set piece contributed to the trend of prank shower scenes in cinema.

"Starship Troopers": This film featured a co-ed shower scene that gratuitously displayed the beautiful bodies of stars Casper Van Dien and Dina Meyer along with several of the supporting actors. According to a report on the DVD, the cast insisted that director Paul Verhoeven himself be nude himself during the filming of the shower sequence.

"The Big Chill:" It may not be a famous shower scene, but it is one of the most poignant scenes in this comedy-drama (now out in a new Criterion DVD release). The scene involves “earth mother” Sarah Cooper (Glenn Close) crying in the shower. She was likely grappling with the death of her college friend, having seven house guests for the weekend and allowing her best friend to make a baby with her husband.

"Silkwood": Thelma Rice (Sudie Bond) and Karen Silkwood (Meryl Streep) get vigorously scrubbed down in a decontamination shower in this classic Mike Nichols film about the murdered activist.

"American Beauty": Lester Burnham (Kevin Spacey) recounts his daily routine in the memorable opening monologue of this Best Picture Oscar-winner. Lester claims that jerking off in the shower is “the high point of my day,” adding, “It’s all downhill from there.” And, well, it is.

"The Way He Looks": In Brazil's delightful Oscar entry for 2014 (opening wide Nov. 7), Leo (Ghilherme Lobo) is a blind teenager who develops an intense friendship with new student Gabriel (Fabio Audi). On a class trip, the two teens shower together, and Gabriel responds—ahem, physically, and unbeknownst to his potential new boyfriend—to seeing the very attractive Leo naked.