GOP Senate candidate: Booker is winning because single mothers are "wed" to the Democratic party 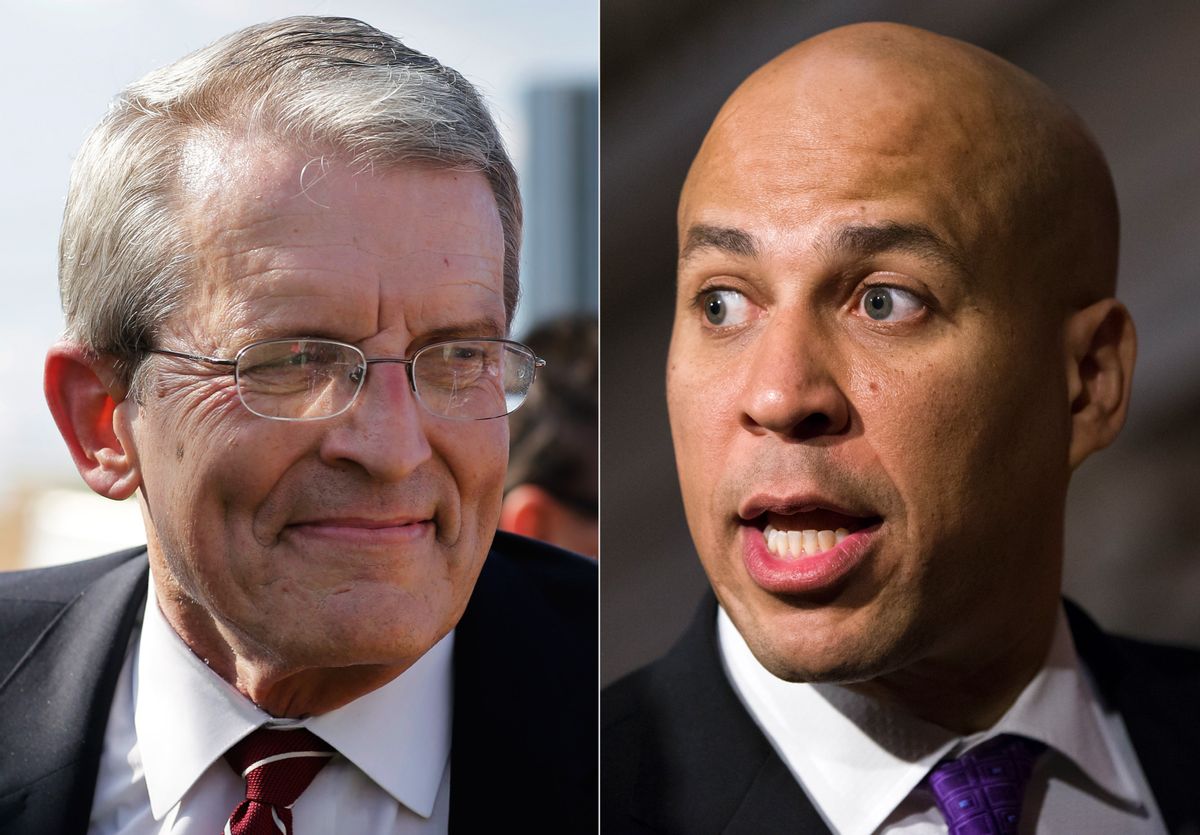 New Jersey Republican Jeff Bell is trailing incumbent opponent Cory Booker in the race for the Senate, and he knows exactly why: It's because all the single mothers in the state are "wed" to the Democratic Party for the social benefits. Bell attributes Booker's 20-point lead not to his own outdated, conservative social views, but to the demographic rise in the number of unmarried female voters.

"I've done a lot of thinking about this and looked at a lot of different polls, I think it has more to do with the rise in single women," Bell explained to the Asbury Park Press. "Single mothers particularly are automatically Democratic because of the benefits. They need benefits to survive, and so that kind of weds them to the Democratic Party."

It's not just unwed mothers who love those Democratic social benefits, though. "[Single] women who have never married and don't have children are also that way," Bell went on. "If you take married women, they aren't that different from married men. So it's really a problem with the decline in marriage rates. The Democrats do benefit from that."

Married women and married men do tend to vote more similarly to one another than to unmarried women, likely because of the emphasis on issues such as flexible family leave policies, equal pay and affordable childcare, in addition to contraception and reproductive healthcare access. According to Bell, though, the gender gap in voting isn't so much about the issues as it is about (stereotypical) gender differences.

"Even before the gender gap appeared, men were more willing to vote for change," Bell said. "They're more bomb-throwers. Women are more cautious. ... If you're doing well among men, that is something that an insurgent candidate needs."

Booker's campaign responded to Bell's comments by touting the senator's support for the very "benefits" his opponent criticized. "It is not surprising that women across New Jersey are supporting Sen. Booker," campaign spokeswoman Silvia Alvarez said. "Whether it is his fighting to expand college affordability, equal pay, increasing the minimum wage or expanding access to women's health care, New Jerseyans can always count on Sen. Booker to reach across the aisle to find bipartisan solutions to the issues affecting our state."

On Twitter, another Booker spokesperson added, "Wow. [Jeff Bell] would give Don Draper a run for his money in the antiquated thinking department."