The majority of states are woefully unprepared for climate change 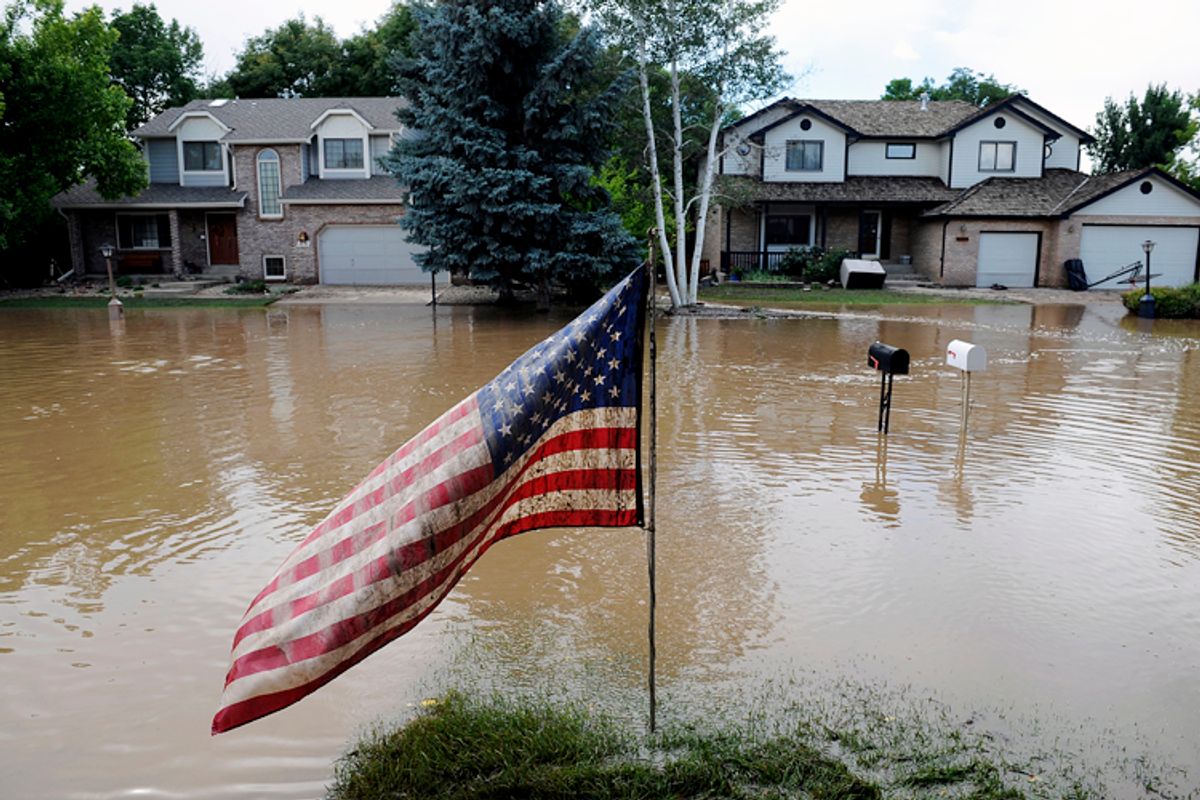 According to data released by the D.C. policy research group Georgetown Climate Center, the majority of states in the U.S. are beyond unprepared for the effects of climate change. Specifically, only 14 states have finalized plans to adapt to climate change. Nine have plans in the works. The rest have nothing.

Of the 14 states with concrete plans, California is clearly out front: The Golden State has the highest number of completed climate adaptation goals, and the highest number in the works. These achievements include passing the Safe, Clean and Reliable Drinking Water Supply Act of 2010, investing in more research into sea level rise, and even passing a "cool pavements" law that tries to reduce the impact of the urban heat island effect.

California ties with New York in terms of the percentage of stated goals achieved since enacting their plans, at 14 percent. The most ambitious number of goals has been set by Massachusetts--373 policies in total--but the state has only achieved 6 percent of them so far.

Since each state is approaching the looming effects of climate change in a different way, comparing solely the number of policies enacted is not a great metric for progress. For that reason, the Georgetown Climate Center introduced an interactive tracking tool to compare the work being done across the country.

"We hope that transparency will inspire more progress," said Vicki Arroyo, executive director of the Center, in a conference call. "[States] are right there on the front lines. So it's their policies that will be making a difference."