What Jennifer Lawrence got wrong in Vanity Fair 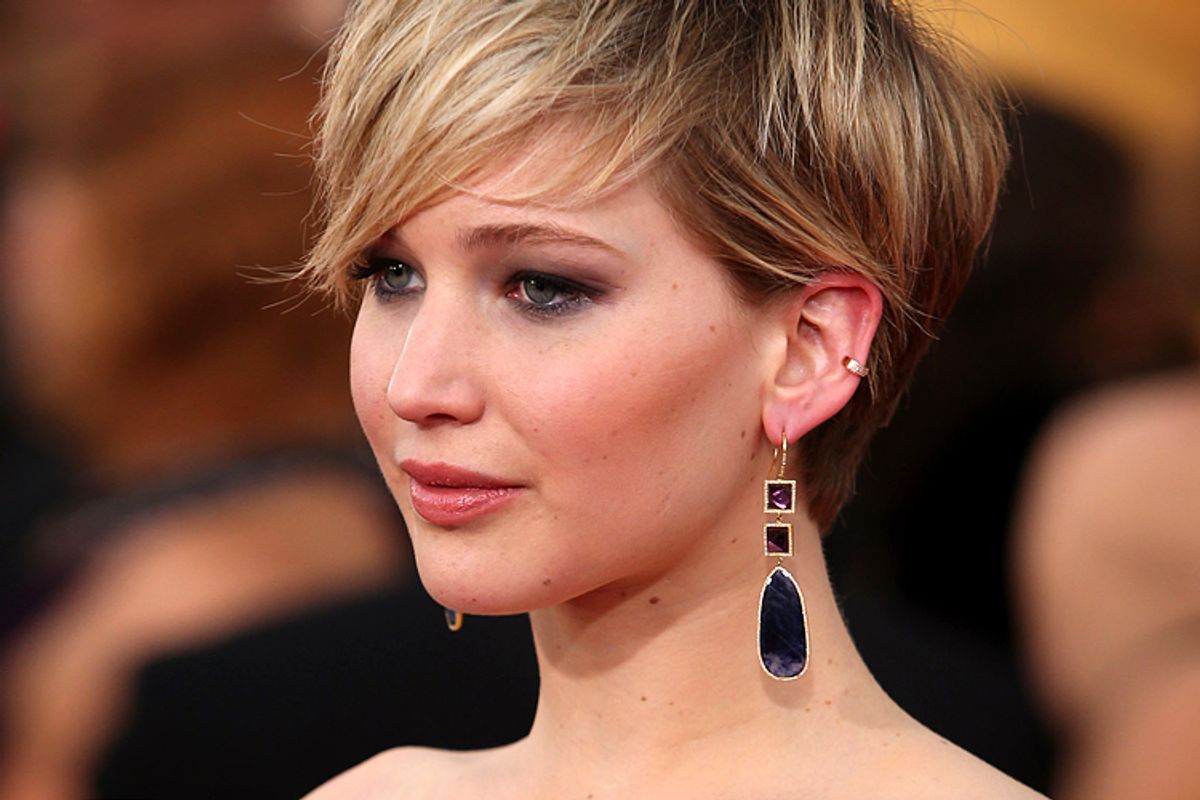 Earlier this week, Vanity Fair teased its cover story on Jennifer Lawrence, marking the first time the actress has spoken publicly since her hacked nude photos were posted on the Internet. In the piece, Lawrence speaks frankly about Celebgate and its impact on her career and personal life, referring to the hacking as a “sex crime.” She also opens up to Vanity Fair contributing editor Sam Kashner about her motivations for taking the photos themselves:

Although Jennifer Lawrence’s statement seems to reflect a somewhat limited understanding of the male biological capacity for orgasm—Who’s to say he can’t get off to porn and to you? Why does it have to be one or the other?—for the most part I could sympathize and relate to what she was saying. I, too, have been in long-distance relationships at various points in my life, swapping many X-rated photos and videos in the process, including a manger scene tableau featuring genitalia surrounded by miniature biblical figurines that I’d thought I’d deleted but was stunned to find on my hard drive just last month. If anyone ever saw those photos, I’d hide in bed and wouldn’t come out for at least four presidential administrations, so kudos to Lawrence for breaking her silence a mere month after Celebgate.

That having been said, there was something about her statement that I found irksome, particularly the second half of it. While Lawrence correctly says she doesn’t “have anything to say I’m sorry for,” she then follows it up with an apology of sorts by offering an explanation for why she took the photos: Because she was in a loving, healthy, monogamous long-distance relationship. That might sound good from a PR perspective, but ultimately, it doesn’t matter if Jennifer Lawrence took the photos for her boyfriend or boyfriends or girlfriend or girlfriends or for the polyamorous otherkin couple she regularly swings with in Laurel Canyon. Whoever they were meant for, they clearly weren’t meant for us, and neither the public norVanity Fair deserves an explanation beyond that.

In one corner, there’s women like Lawrence, or fellow Celebgate victim Kate Upton, or one of the earliest high-profile victims of a nude photo hack, High School Musical star Vanessa Hudgens. This is the girl in a loving, healthy, monogamous relationship, the girl who wants to keep her baseball player or cheesecake heartthrob boyfriend happy while he’s shooting movies or on the road, the girl who takes a few demure, over-the-shoulder nudie pics not to celebrate her own sexuality, but to satisfy the urges of her virile male partner, the girl with a PR team that, when the photos leak, will come running to defend her honor by saying they were meant for one person and one person only, and an assistant who’ll take her aside when the scandal blows over and teach her about the importance of two-factor authentication.