A Georgia Senate runoff wouldn't be until January. Will Obama have to delay his immigration action again? 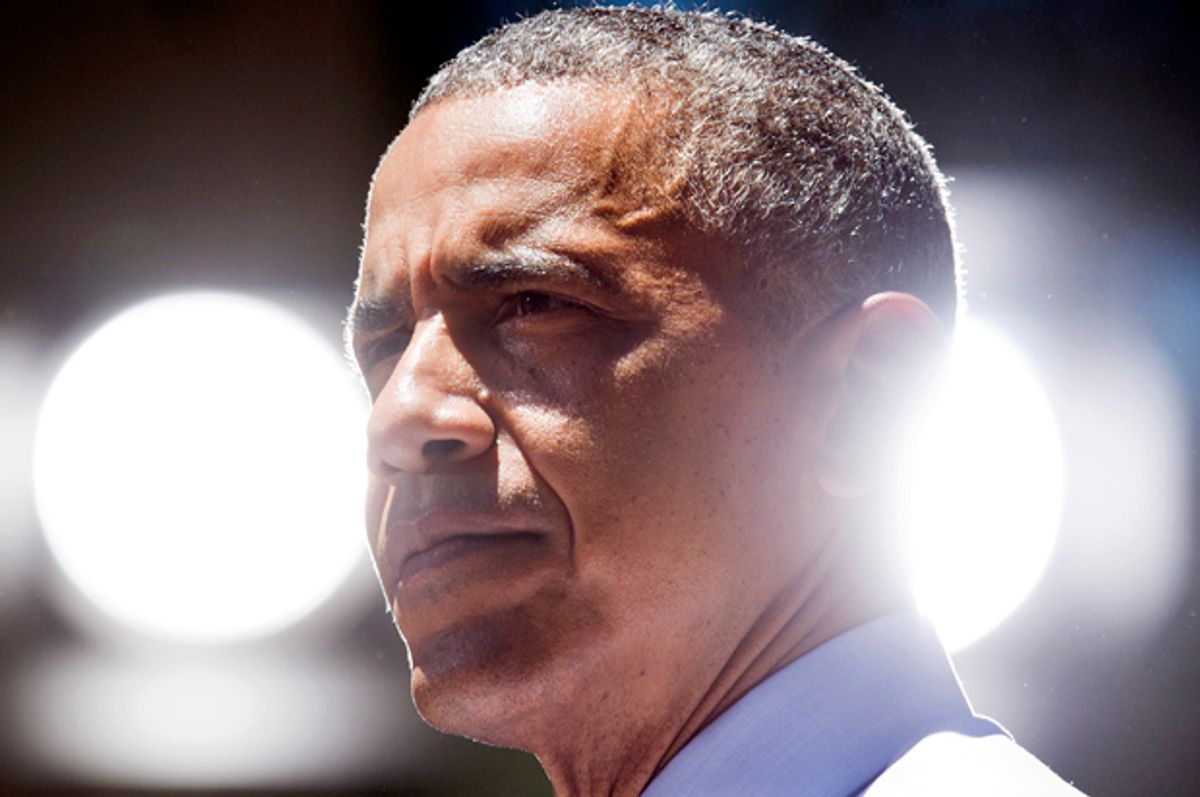 Americans hate politicians and their dumb ads and their lies. God hates Americans. And so God has a plan to extend this election season another two months to inflict suffering on the citizens of the United States. Oh, you thought you only had to endure another three weeks of this, did you? How about another three months. True and righteous altogether, that God.

In both Georgia and Louisiana, if no Senate candidate earns a majority of votes, the races will head to runoffs. A runoff in Louisiana's Senate race has been talked about for a while, although Republican candidate Bill Cassidy is toying around with the 50% mark. That runoff would be held December 6. The Senate race in Georgia, meanwhile, looks more runoff-y by the minute. Gallup said this morning that runoffs in both the Georgia Senate and gubernatorial races are "likely." That bad boy would be January 6, after the new Congress is sworn in.

Having to endure an extra two months of late election season nonsense isn't the only cause for concern, though. If these two outstanding races would determine control of the Senate, it could throw a wrench in the Democrats' lame duck plans, because Congress, and the President, would have to continue tip-toeing around electoral landmines straight through the lame duck session.

Harry Reid would be less likely to call for a debate and vote on authorizing the war against ISIS if such a thing would cause trouble for Democratic candidates in Louisiana and Georgia. He, and the White House, would also be cautious about the "optics" of "ramming through" the confirmation of an Attorney General nominee, too. (The fact that the White House has yet to name a nominee, though, may indicate that it's leaning against a lame-duck confirmation process anyway. The clock is ticking.)

But the biggest threat that an extended election season presents for policy? That would have to be President Obama's pledge to take executive action on immigration by the end of the year.

No matter which excuse you believe, the White House chose to delay executive action on immigration until after the elections to free it from the grasp of electoral politics. Whether it was to save Democratic Senate candidates in difficult races, or to preserve the viability of immigration reform as an issue, the rationale's same idea: you don't want to drop a bomb like this late in an election season. It would either destroy campaigns, or the issue itself, or both.

A season of critical runoffs, with one extending into January, presents the clearest threat to Obama's pledge to take executive action by the end of the year. Suppose control of the Senate comes down to Georgia. This would extend the treacherous politics of the present into the new year. If, before year's end, Obama were announce executive action delaying deportation for millions, it could be seen as hurting Michelle Nunn's chances to win that runoff. Whether it does or it doesn't, and Nunn were to lose anyway, Republicans could spin the result as an insta-rejection of the executive action.

This would be a real bind for the White House. Even if Georgia's race doesn't determine control of the Senate, well, Democrats would still want her to win anyway. A Senate seat is a Senate seat. The simplest move by the White House would be to delay action a couple of more weeks. But that technically would break the promise Obama made to the Congressional Hispanic Caucus and immigration activists to take action by the end of the year. And it would amplify the atmospheric dissonance of the move: Republicans could win a lot of Senate seats on November 4, then another seat on December 6, then another seat on January 6... and after all that, Obama would announce broad action to halt deportations?

In the long-run, it's best to ignore all this crap: there will never be a perfect political moment to announce executive action on immigration, so just get it done. But the administration's delay from late-summer until after the midterms demonstrated how concerned it is finding the proper political window for this, and runoffs that extend the election season could keep the window shut.