Timeline for first case of Ebola diagnosed in US 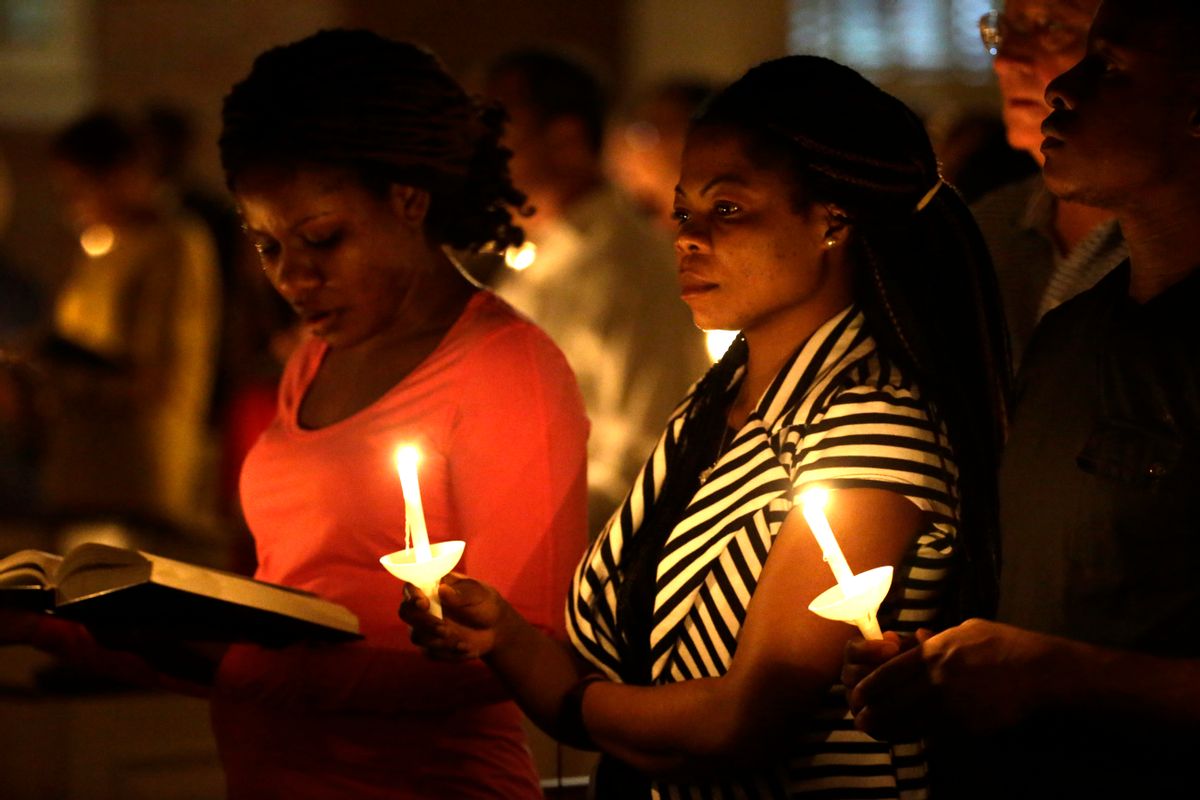 Princess Duo, left, and Mamie Mangoe, right, both natively of Liberia who now live in Dallas, stand holding lit candles as they pray during a service at Wilshire Baptist Church that was dedicated to Thomas Eric Duncan, Wednesday, Oct. 8, 2014, in Dallas. Nearly 150 persons attended the service for Duncan who died Wednesday of complication from Ebola. (AP Photo/Tony Gutierrez) (AP)
--

The first person diagnosed with Ebola in the United States died Wednesday, more than a week after public-health authorities confirmed he had the disease. Thomas Eric Duncan had traveled from Liberia to Dallas, where he fell ill and was taken to Texas Health Presbyterian Hospital.

Key dates in his case:

Sept. 19 — Departs from Liberia on Brussels Airlines flight to Belgium.

Sept. 20 — Flies United Airlines to Dulles Airport near Washington, and then to Dallas-Fort Worth Airport.

Sept. 25 — Seeks medical care at hospital's emergency room for fever and abdominal pain; tells nurse he had traveled from Africa.

Sept. 28 — Returns to hospital by ambulance and is placed in isolation because doctors suspect Ebola.

Oct. 2 — Members of the family with whom Duncan was staying are confined to their home under armed guard.

Oct. 3 — Health officials say they are monitoring the health of nearly 50 people who had varying degrees of contact with Duncan, including 10 considered at higher risk. None has shown symptoms.

Oct. 4 — Hospital downgrades his condition from serious to critical.

Oct. 7 — Hospital confirms Duncan is on a breathing machine and kidney dialysis.

Oct. 8 — Duncan dies at the hospital.

Oct. 10 — The Texas Department of State Health Services announces that Duncan's remains have been cremated.