At New York's recent Advertising Week, a slew of panels for women were proof of the industry's biggest blind spot 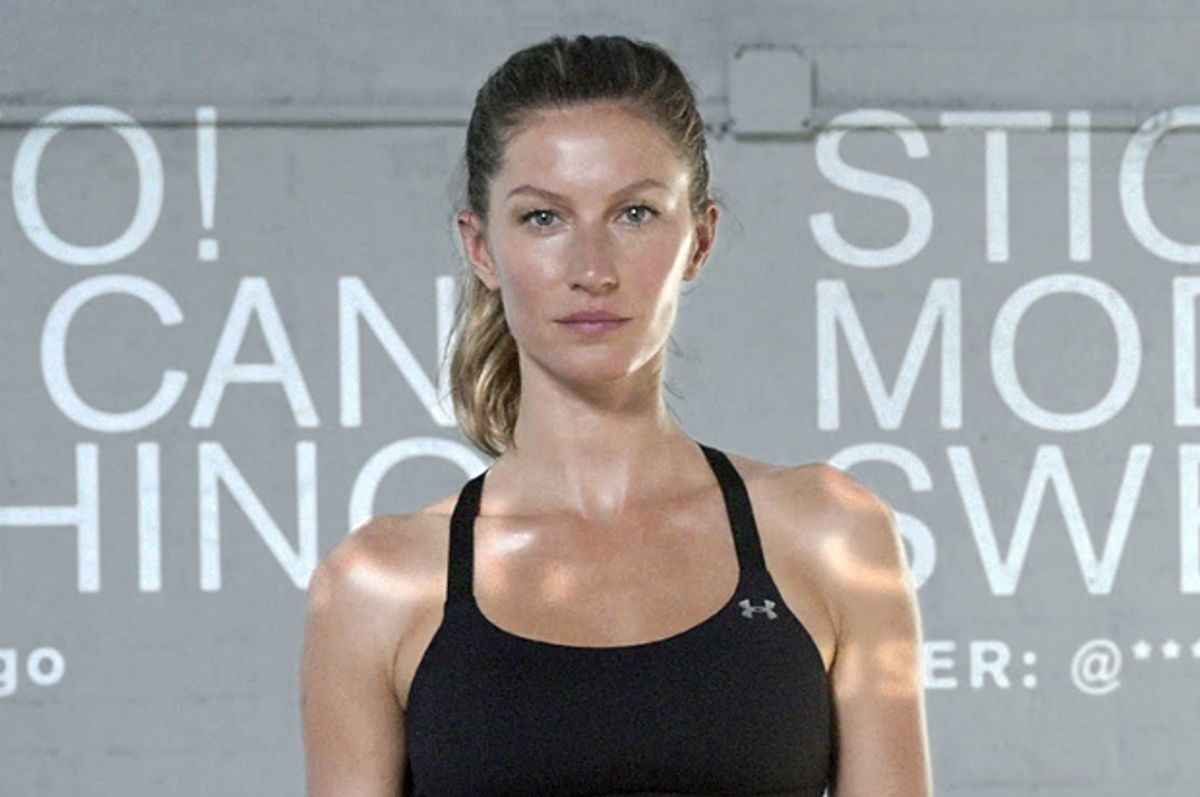 Recently, at New York’s Advertising Week, a hedonistic celebration of all things commercial, a half dozen panels focused on women. Discussion topics ranged from the instructional, namely how to avoid insulting women when you’re trying to sell them stuff, to the philosophical, which asked tough questions to the tune of, essentially, “Could it be women’s fault they’re not being promoted?” Panels with titles like “Women Aren’t Creative?” readily recognized that women make 80 percent of household purchasing decisions.  What the smiling executives at center stage were a little slower to acknowledge is that women are only 3 percent of the creative directors making decisions about how to best sell things to these millions of shopping ladies. The word “femvertising” was thrown around a lot, but never the word “feminism.” Perhaps that’s because in an industry famous for being sexist, feminism is scary even if it sells.

On Friday, during the “Women Aren’t Creative?” discussion, an advertisement from Under Armour’s “I Will What I Want” campaign played on a movie screen for hundreds of ad industry veterans and hopefuls, most of us women. In the ad, ballerina Misty Copeland dances a stunning solo as a child’s voice narrates a rejection letter telling Copeland that she’s not cut out to be a ballerina.

At the end of the ad, the crowd cheered: for femvertising, for Copeland, and for an ad that gets it right when it comes to women, never mind that the creative team who made the Misty Copeland ad at Droga5 was comprised of 56 human beings, only 11 of them women, and was, in essence, a lot of men telling women what they think women probably want to hear. And never mind the fact that the campaign features three women: Copeland, a ballerina, Gisele Bundchen, a supermodel and Lindsey Vonn, a skier and swimsuit model. Accomplished women, absolutely, but also very attractive ones who have succeeded in ways that most men probably don't find particularly threatening.

And it’s okay that “I Will What I Want” features virtually flawless women succeeding in entertainment. This is an advertisement for overpriced running shorts, after all. We all understand that advertisements are glossy lies, right?

The real problem with ads like “I Will What I Want” is that the industry has been able to sell these idealized snapshots as legitimate feminist commentary to the media at large. Another problem is that the ad industry, which has one of the worst track records around in terms of equality, seems to be falling for its own spin.

At a later session called "Women Aren't Creative?" Charlotte Beers, former CEO of Oglivy and Mather, explained that one of the biggest challenges women face in the workplace is their “womanly” nature, which she described as a female tendency to be cooperative with co-workers and collaborative on teams. To put it simply, the women around her just aren’t willing what they want hard enough.

As an alternative, she suggested that women be more “leaderly,” a trait she sees in the men around her office. Leaderly men are assertive and persuasive, willing to insist that they’re right in the face of opposition.

A few hours after that session, I was treated to a firsthand view of that leaderly attitude. After a closely packed panel on how to win Instagram followers, limited space and an excess of bodies created a bottleneck near the exit. I was waiting in line between a middle-aged man in a business suit and a techy-type guy in khakis and flannel. Since we weren’t moving, I glanced down at my phone. I was pressing the home key to put it away when an older man on my left, trapped in a row of chairs by the standstill yelled at me to “Stop texting and move.”

“Did you just correct my behavior in public?” I asked.

“Someone had to,” the man, flanked by another male colleague, shouted. The business suit man in the still stationary line ahead of me shifted uncomfortably and looked as if he might say something but didn’t.

“They hire children in this industry,” the older man vented to his male colleague and anyone else within earshot.

That elderly advertiser apparently believed that I didn’t belong in the industry or even the room, while just hours earlier in the “Women Aren’t Creative?” panel, top executives wondered why more women don’t stay in advertising and publishing careers.

Maureen Dowd told the audience that some women just haven’t been able to put their careers first. In the past, she said she’s tried to give women last-minute assignments, and they inevitably say they have to check: with husbands, with children. She said that women have been less likely to cancel vacations and bail on family for work, a sacrifice men are much more likely to make.

What I learned from that Advertising Week discussion is that to succeed, I need to avoid family commitments and collaboration with teams so that I can work harder. Like men do.

I wonder what Charlotte Beers or Maureen Dowd would have told me to say to that man scolding me in front of our colleagues. How could I have handled it like a leader and not like a woman? Would it have made a difference if I’d explained that I was checking e-mail in order to take on more writing assignments and not, say, planning a vacation?

If offhanded insults from men on my periphery were the only problem women faced in the workplace, I wouldn’t be complaining. Contrary to that man’s belief, I am not a child. But the problem isn’t limited to condescending remarks. Somewhere, in whatever company that man came from, he has probably had to make hiring decisions, and I’m willing to bet he chose “leaderly” men over “children.”

Telling women that the key to gender equality is trying harder operates under the assumption that the playing field is level and that women just aren’t playing the game well enough. Yet no one would ever tell a male employee to stop being manly and start being leaderly because, culturally, those words still mean the same thing. No one ever tells men that to be successful, they’ll have to pay less attention to their families and more attention to their jobs. When it’s just as unacceptable to scold a young woman holding a phone in a crowded room as it is to scold a forty-year-old man in a business suit, then women will have no one but themselves to blame for their successes and failures in the workplace.

The advertising industry has caught on to the commercial possibilities of feminism, but they’ve failed to understand the concept of equality. Campaigns like “I Will What I Want” are called progress by the ad industry and the faux-feminist tabloids alike, but all they really do is reinforce the message that if women aren’t getting what they want, then they simply must not want it enough.