In honor of today's holiday, here's a handful of awful people who may actually be less blood-soaked than Mr. 1492 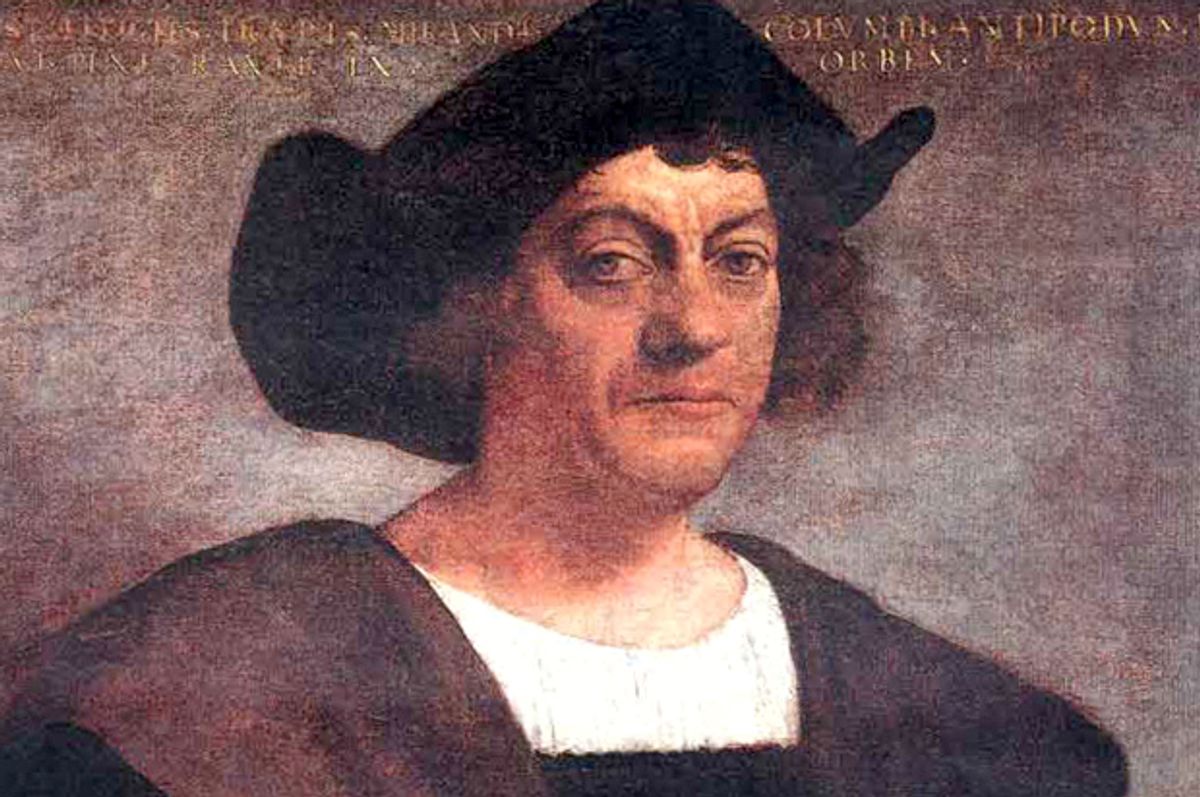 Despite the fact that an increasing number of states are deciding they'll pass on the opportunity to commemorate a man who by any reasonable measure has to be remembered as a vehicle for world-historic levels of death and destruction, the truth remains that Christopher Columbus Day is, as John Oliver recently called it, very much still a thing:

Oliver's team does a great job in the clip above outlining why celebrating Columbus is so, shall we say, problematic. And the Internet, to its credit, does not lack for popular and academic resources for those looking to find more about why celebrating the man who "discovered" North America is probably not a great idea. So rather than give you a rundown of why he was such a ghoul, we thought a better way to put Columbus's life achievements into perspective would be to offer a brief list of tyrants whose legacies are arguably not worse.

Keeping in mind, then, that in the Columbus example, "not worse" means "not responsible for introducing and profiting off of systematic slavery, not implementing a regime of child-mutilation, and not inaugurating what may be the first genocide in the history of the modern world," here are just 5 historical monsters who could reasonably look back at their crimes and say, "Well, at least I'm not Chris!" Beyond helping inspire one of the most popular (and paranoid) songs of Elvis Costello's career, Oliver Cromwell, the English politician and warrior who temporarily overthrow the monarchy and established himself as the Lord Protector of the Commonwealth of England, was also responsible for killing thousands upon thousands of people in Ireland through his military commands, or due to the disease and famine that spread as a result of his New Model Army's conquest. But while Cromwell's legacy is still intensely debated (the Irish, for understandable reasons, have considered his record to be much less "mixed" than their English neighbors), it's widely accepted that the Puritan revolutionary, unlike his Italian predecessor, never made it common practice to dismember slaves if they failed to meet their daily quota. General Francisco Franco was the quasi-fascist military dictator who ruled Spain from the end of the infamously hideous Spanish Civil War in 1939 until his death in 1975. That civil war, which pitted the country's communists, socialists, anarchists and liberals against its fascists, monarchists, and ultraconservative Catholics — and which is now generally seen as having been a test-run for World War II — was inaugurated when Franco and friends decided to overthrow Spain's legitimately established republican government, and cost as many as 500,000 deaths. But after a flirtation with Nazi-style concentration camps, and an inaugural burst of cleansing terror, Franco's regime spent much of the next few decades slowly but steadily "moderating," as thuggish Franco partisans more and more handed control of things over to Church technocrats. By the time "el Caudillo" died, Spanish society had recovered enough from the devastation he unleashed to reclaim its former role as a liberal democracy. The people of Columbus-"discovered" Hispaniola, whose society was essentially annihilated by Christopher and his successors, were not so lucky. Of all the contemptible legacies on this list, that of longtime Indonesia dictator Suharto probably comes nearest to Columbus's when it comes to pure murderous fervor. After wresting power in the mid-60s from Communist dictator Sukarno, the powerful general in the Indonesian army instituted an anti-Communist purge throughout Indonesian society that led to the deaths of likely more than 500,000 people. Suharto wasn't done there, either. In the years to come, he'd put forward policies that led to the slaughter of hundreds of thousands more in West Papua and East Timor. In full awareness of his methods — and perhaps as a gesture toward historical symmetry — the Columbus-celebrating United States backed Suharto's genocidal regime all the way. For much of the 1990s, and especially near the end of Bill Clinton's presidency, former Communist bureaucrat turned violent Serbian nationalist Slobodan Milošević represented the face of European ethnic cleansing in the post-World War II world. Milošević died in 2006 while on trial at the Hague for war crimes, including genocide and assorted crimes against humanity, but while his guilt was never definitively established, few outside of the circles of dead-end Serbian nationalism doubt that the former de facto dictator both exploited and exacerbated the worst kinds of ethnic chauvinism and tribal violence in order to gain, grow and maintain his hold on power. Yet even if you lay nearly all of the slaughter of the Yugoslav Wars at Milošević's feet (which, to be clear, would be an egregious oversimplification), the chaos wrought is arguably less in comparison to that of Columbus. Yes, even Saddam Hussein, the man who came to represent in so many Americans' minds the modern version Big Brother-style tyranny, even his history of violence can't be seen as much different from Christopher Columbus's. It's certainly true that Columbus never gassed thousands of his own citizens; but placing that technological impediment aside, nothing we associate with the Hussein regimen's distinctive brand of evil can't be seen in earlier forms during Columbus's brutal reign. Torture, mutilation, rape, sexual slavery and rampant murder: Columbus, like Hussein, had it all. In Christopher's defense, though, Hussein was the sole man who could be said to have been responsible for so many of his crimes — Columbus, at least, was granted a pardon by his king.