A new commercial bears some resemblance to Eichner's "Billy on the Street" -- but how similar are they? 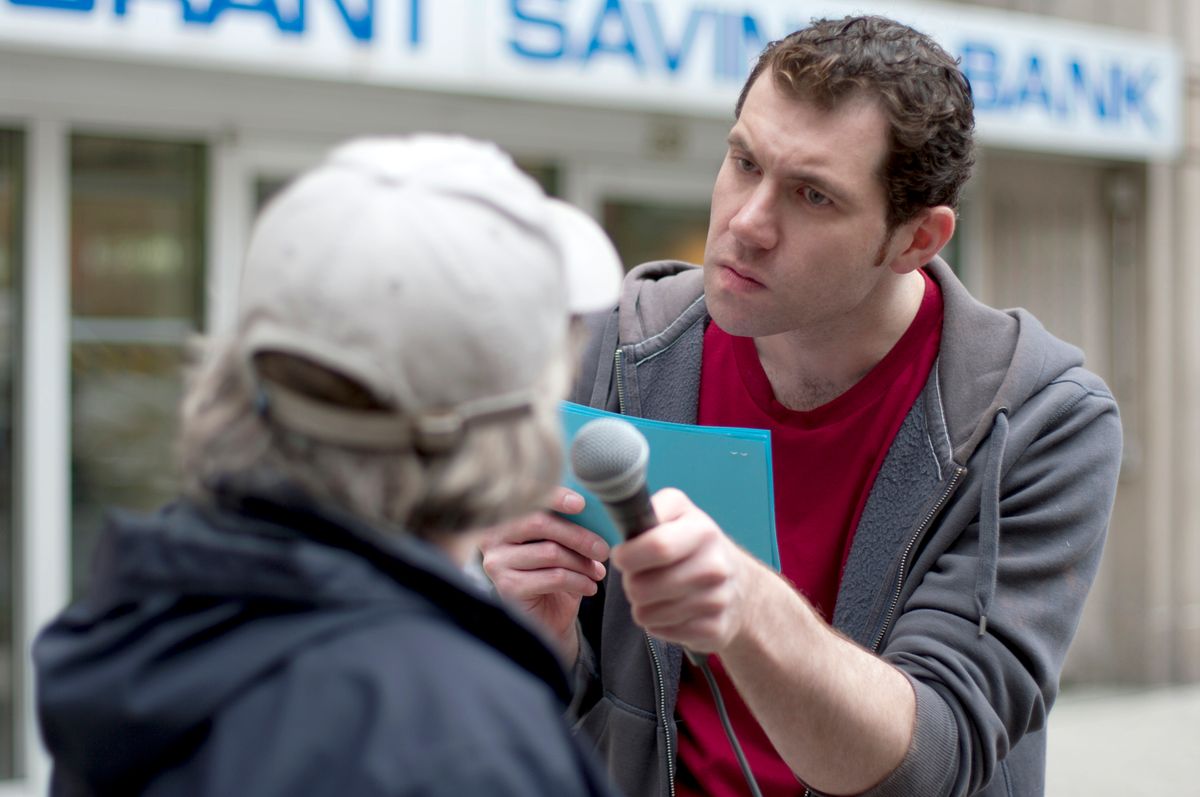 "Billy on the Street" comedian Billy Eichner has accused Burger King of copying his act in one of its new commercials. The Burger King spot features a "man on the street" quizzing two teenagers about how much they think a box of Chicken Nuggets costs. The man, like Eichner's street character, is brusque and impatient, yelling, "These are $1.49 for 10!" and then enters into a bizarre grunting competition with one of the boys.

The similarities seem to end there, however. Whereas Eichner has built a character, Burger King's rep is literally a man on the street -- a concept that is hardly unique to Eichner's show. Where Eichner is seen racing through the street, Burger King's man is motionless. Where Eichner usually dispenses one-way jokes, Burger King's man engages in banter with a kid who is joking back. While Eichner screams with frenetic hand motions, the Burger King guy is fairly relaxed, raising his voice only a little. (Or maybe this is what cheap and crappy imitation of a comedian looks like?).

The bit was similar enough to Eichner's show that the comic tweeted at Burger King, and several other comics supported Eichner:

They are all right about one thing, however. Burger King's spot is definitely not funny.