The company's making a push for transparency, but leaves a lot of important questions unanswered 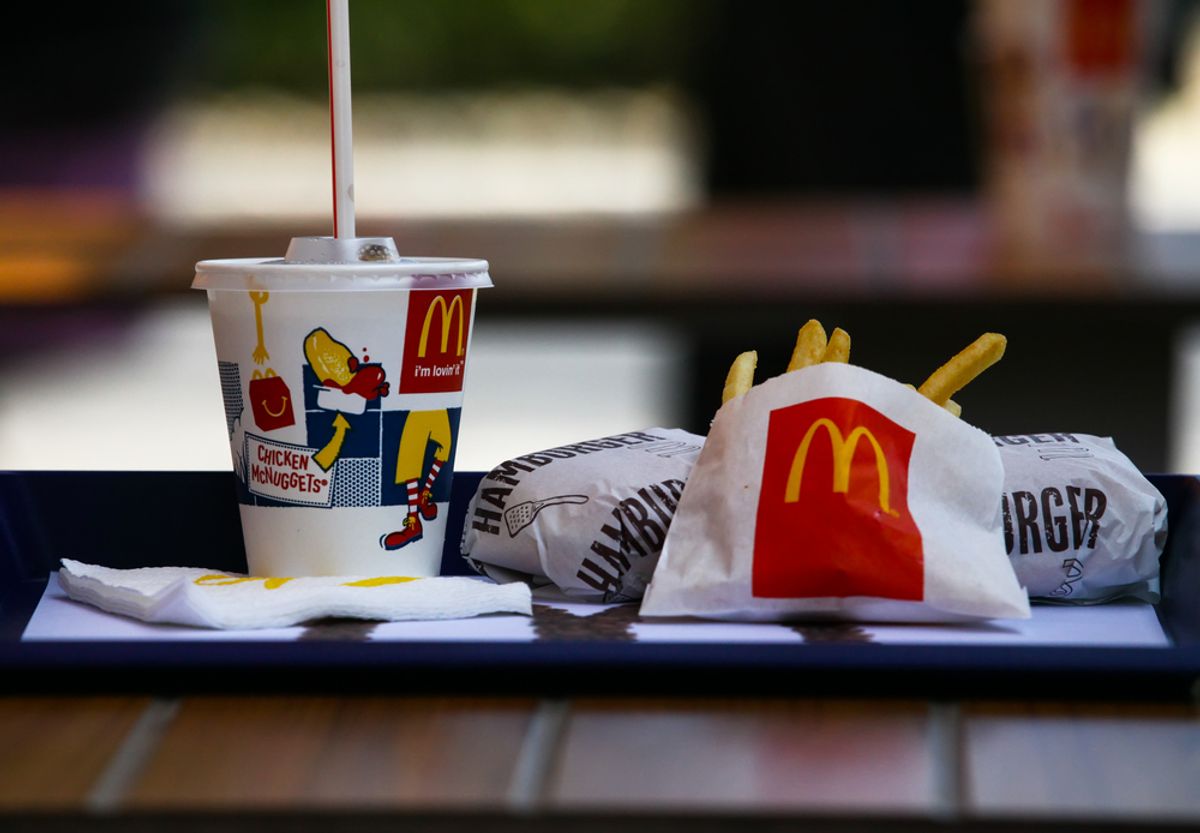 Looks like McDonald's is sick of being the McDonald's of fast food. The nation's biggest burger chain has yet to release a haunting animation or live-action Hulu series about its food politics, but Monday, it launched a new campaign aimed at answering the (many) questions discerning consumers may have about its mass-produced meals.

The "Our Food, Your Questions" campaign clarifies that no, McDonald's doesn't use "pink slime" in its burgers or chicken nuggets (although it did until 2011), that its burgers are both fresh and frozen and that they don't contain worms. There's nothing about whether its eggs are cage-free, although we do learn that they are real eggs. The company does admit to the use of added hormones to promote growth in cattle, of azodicarbonamide, the notorious yoga met chemical, in buns and to adding a "small amount" of salt to its fries -- which happens to be equivalent to the maximum recommended daily serving of sodium.

We also learn, along the way, how they make the Egg McMuffin round, that their salads aren't necessarily more fattening than their burgers and that yes, their meat does rot (in the right conditions). So that's all settled.

On social media, the company's been ignoring questions asking how to game its Monopoly promo and skirting around the savvier question of whether any of its chicken is processed in China. But it does seem serious about this rebranding thing: aside from courting the Chipotle crowd, it's been attempting to reeducate fans who love the restaurant despite -- and perhaps because of -- its reputation:

The one thing McDonald's is forgetting, however, is that it's still McDonald's. There's only so much rebranding/greenwashing a place like that can pull off: writing for Civil Eats, Naomi Starkman points out that it would take an incredibly loose definition of "farm-to-table" to get the term to apply to a company with a supply chain as long as theirs. "As the world’s largest buyer of beef and pork, with hamburgers for as low as $1.00," she writes, "McDonald’s current practices will probably still be considered factory-farm-to-table."

And while squashing the pink slime rumors is probably good for McDonald's image, it's so far remained mum on certain things that have an arguably larger impact on consumers -- such as its use of antibiotics -- nor has it indicated whether it's doing much to actually improve the way it produces its food. But "transparency demands responsibility, Starkman writes, "and is toothless on its own" -- customers who allow themselves to be placated by McDonald's new open-door policy are giving up their opportunity to demand real change. Now would be a good time to push them to answer some real questions.