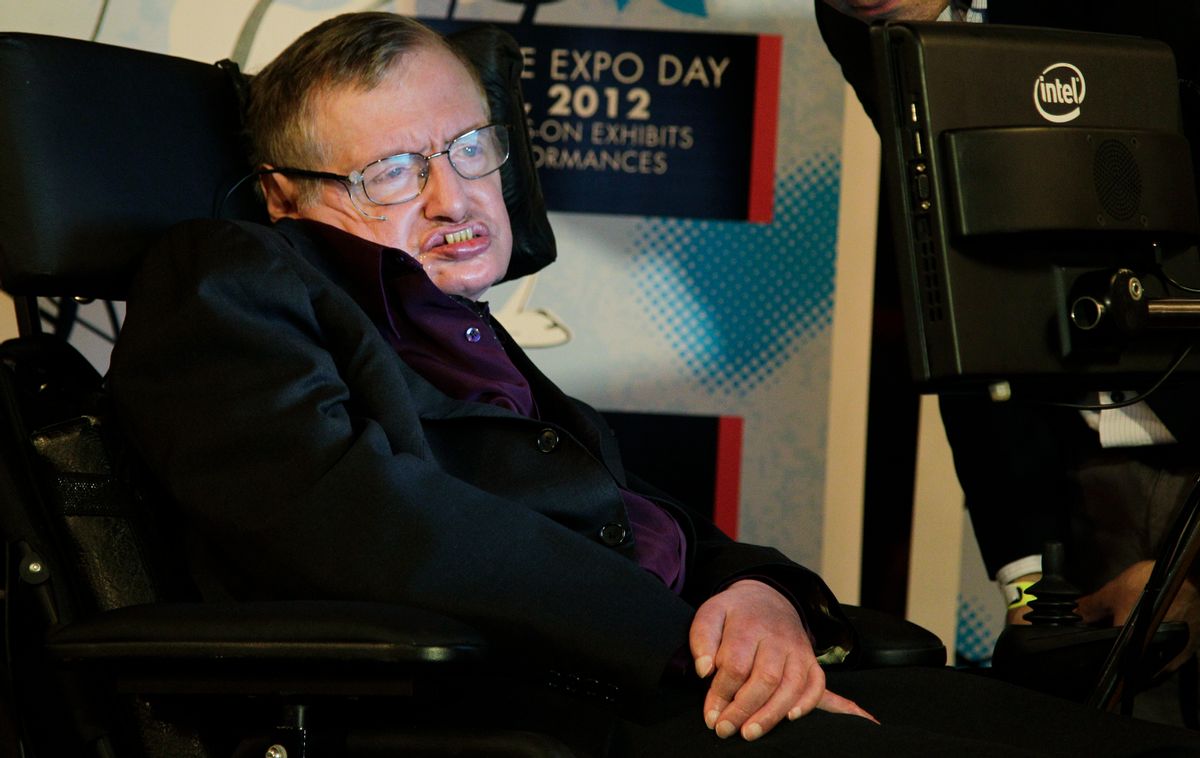 Physicist Jeff Steinhauer from the Technion-Israel Institute of Technology in Haifa -- via his laboratory-manufactured artificial black hole -- may have caught a glimpse of radiation, which physicist Stephen Hawking theorized four decades ago.

Hawking, in the mid-1970s, theorized that black holes are not totally black, calculating that a tiny amount of radiation would be able to escape the pull of a black hole," Nature explains. "This raised the tantalising question of whether information might escape too, encoded within the radiation."

"He noted that quantum mechanics allows pairs of particles to spontaneously pop into existence in the vacuum of space. Usually those particles quickly annihilate each other. But if they formed at the event horizon — the black hole's point of no return — then one particle could get dragged in, while the other could escape as energy called Hawking radiation.

"The fleeing particle would take a small fraction of the black hole's mass with it, meaning that in the very far future, every black hole in the universe would fade away."

This theory is now widely accepted, yet confirming it via actual black holes is poses a huge challenge.

Steinhauser created an artificial black hole. He cooled rubidium atoms to a billionth of a degree over absolute zero. Nature gets into the details:

"At such temperatures, the atoms are tightly packed and behave as a single, fluid quantum object and so can be easily manipulated. The cold temperature also ensures that the fluid, known as a Bose-Einstein condensate, provides a silent medium for the passage of sound waves that arise from quantum fluctuations.

"Using laser light, Steinhauer manipulated the fluid to flow faster than the speed of sound. Like a swimmer battling a strong current, sound waves travelling against the direction of the fluid become ‘trapped’. The condensate thus becomes a stand-in for the gravitational event horizon.

"Pairs of sound waves pop in and out of existence in a laboratory vacuum, mimicking particle-antiparticle pairs in the vacuum of space. Those that form astride this sonic event horizon become the equivalent of Hawking radiation. To amplify these sound waves enough for his detectors to pick them up, Steinhauer established a second sonic event horizon inside the first, adjusting the fluid so that sound waves could not pass this second event horizon, and are bounced back. As the soundwaves repeatedly strike the outer horizon, they create more pairs of soundwaves, amplifying the Hawking radiation to detectable levels."

It cannot be confirmed if the resulting radiation has the different frequencies that Hawking radiation is supposed to have, or if this is what would happen in supermassive black holes light-years away.

"I find it a very exciting and interesting experiment," William Unruh, a theoretical physicist from the University of British Columbia, told Science News. "I would not say that the case is proven."

Unruh continued: "But it is probably the closest anyone has come."