Emergency contraception is now something you can order online (for half the price!)

A company called Syzygy has found a new way to expand EC access that help people avoid stigma. But there's a cost 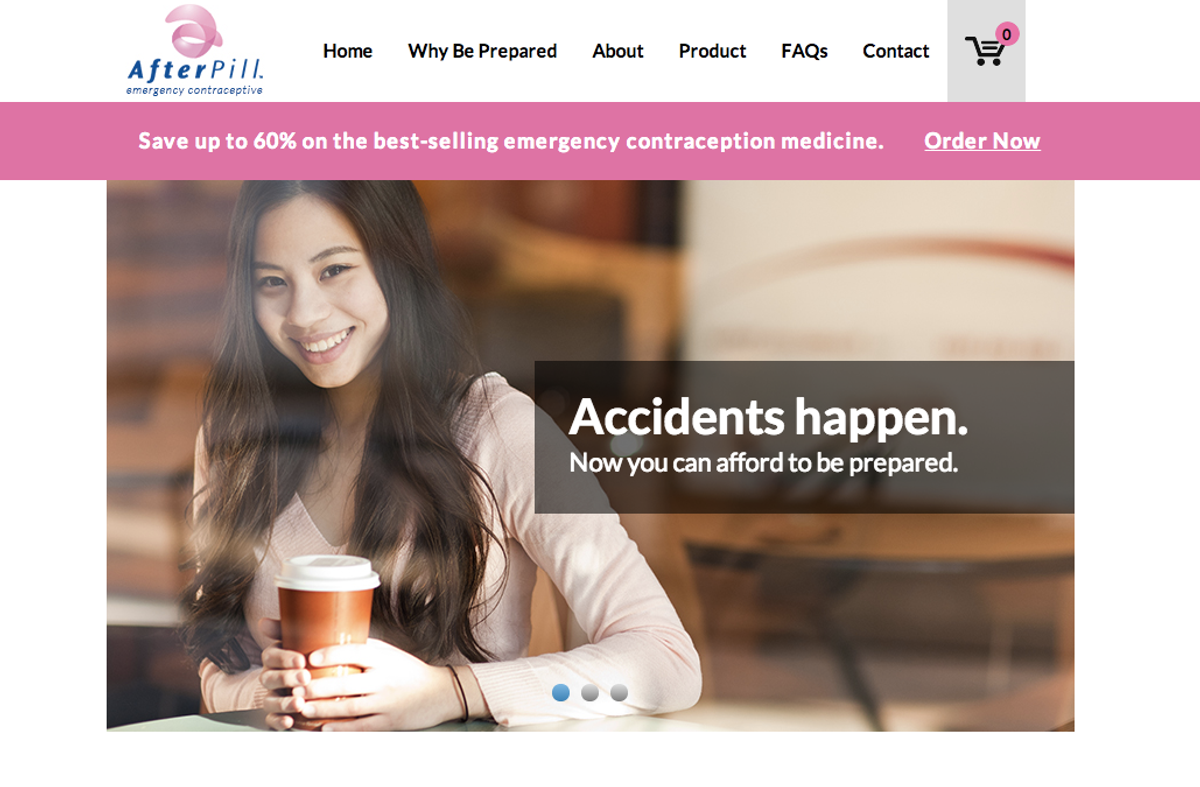 Compared to earlier eras, there are relatively few roadblocks to accessing emergency contraception. In theory, the well-known brand-name EC product Plan B One-Step and its generic relatives should be available over-the-counter to people of all ages, and can even be covered by insurance. But studies have shown that pharmacists routinely (and wrongly) turn away young people and men attempting to buy EC, and widespread availability doesn't necessarily mean ready access; most pharmacies sell Plan B for close to $50 -- a steep price for many people, especially in a bind.

Of course, in this age of disruption, someone is marketing a solution. Syzygy, a healthcare company, has started selling a brand of emergency contraception, AfterPill, online at half the average price, specifically in an effort to expand EC access. The $20 price tag (plus $5 shipping cost) are made possible by eliminating the middleman (pharmacies) and shipping directly to customers, making EC significantly more affordable for women who need to take it.

But AfterPill has some major drawbacks. First and foremost, it takes up to a week to arrive, which doesn't do much good for the majority of people who find themselves seeking out emergency contraception -- which happens to be a fairly small number of people. According to the CDC, only 11 percent of women reported using EC between 2006 and 2010, making it all the more likely that they did, in fact, take it only in cases of emergency. Because EC is most effective within the first 72 hours of unprotected sex, it's important that it be available to users as quickly as possible.

That could happen with AfterPill if women decide to order it in advance, which Syzygy advocates. A company representative told RH Reality Check that "planning ahead for unprotected sex is like buying a fire extinguisher in case of a fire, and the cheaper EC is... the more likely women will order it in advance." But that raises some more potential downsides: For someone to buy AfterPill ahead of time, she or he must have access to $25 and a credit card. And for those for whom $25 is still too costly, there isn't a subsidy; AfterPill is not (yet) covered by insurance.

But even in light of the product's disadvantages, AfterPill still has the potential to greatly increase access to emergency contraception. For women who can afford to spend the $25 without insurance and order the product in advance of an emergency situation, the product has the potential to be more effective than the ubiquitous Plan B. Instead of, say, having to drive to the pharmacy as soon as it opens, shell out $50 and implicitly share the details of your private life with a pharmacist face-to-face, on-hand AfterPill could allow a woman to take EC immediately after unprotected sex. As far as the savings in time, cost and stigmatization are concerned, AfterPill has the potential to be a pretty great deal.