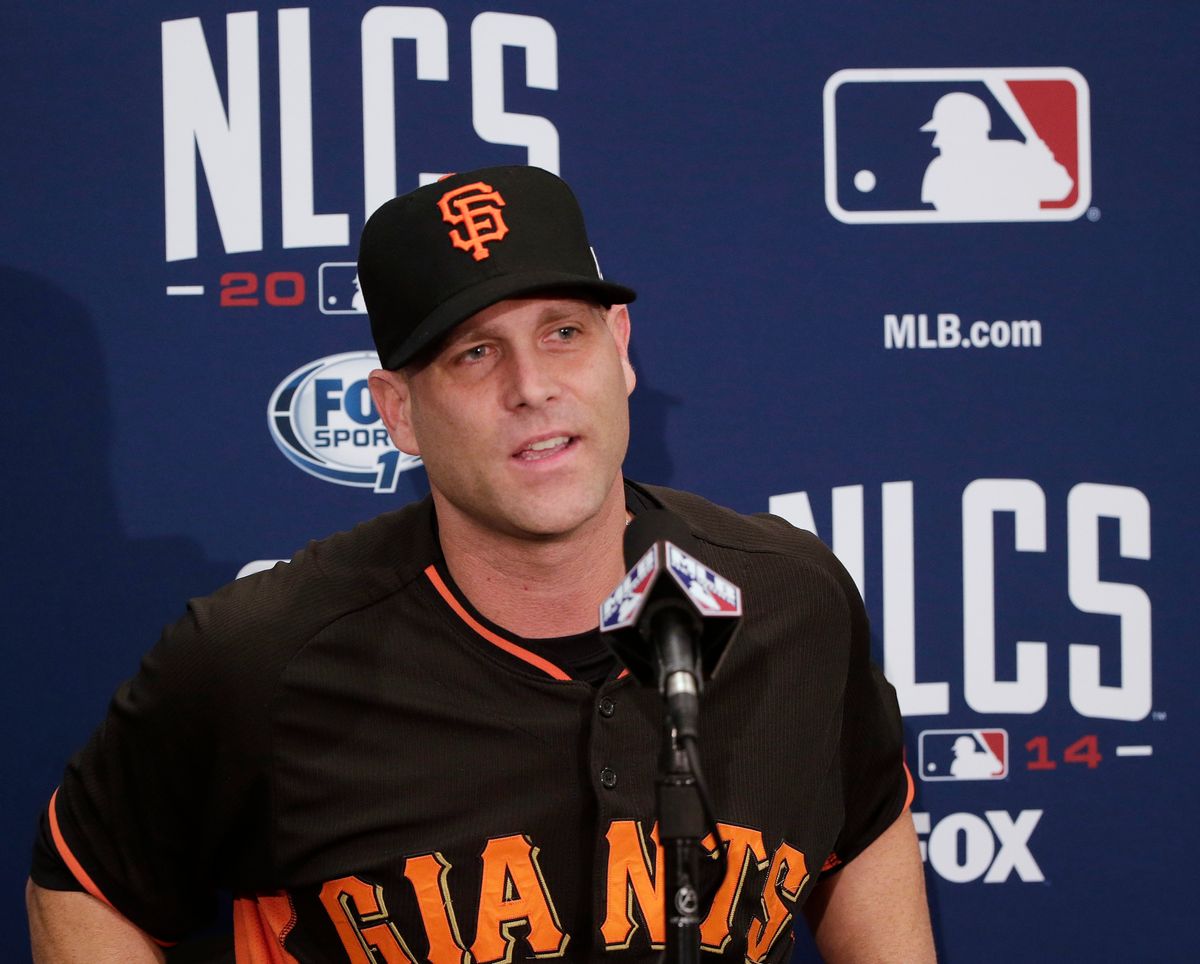 The moment has finally arrived for Tim Hudson.

The 39-year-old right-hander is set to make his first start in a Championship Series game, taking the ball for the San Francisco Giants when they host the St. Louis Cardinals this afternoon in Game 3 of the NLCS.

In a stellar 16-year career, Hudson has made 10 starts in the Division Series, including one this year for the Giants. Now, he is relishing his first best-of-seven playoff series.

"It's exciting for me to finally be here," Hudson said Monday at AT&T Park. "I know a lot of the guys in the locker room, my teammates, have tasted that champagne and had that success and that's something I'm still looking for."

An All-Star this year for the fourth time, a winner of 214 games and the owner of more than 2,000 strikeouts in the regular season, Hudson is just 1-3 in October.

He was part of Oakland's "Moneyball" teams that made four straight trips to the Division Series from 2000-03 and went 1-2 in six starts. He lost to Houston with Atlanta in 2005 and pitched seven scoreless innings in 2010 for the Braves but didn't get a decision.

Relieved, he is at last ready to build on that resume.

"Obviously didn't think it would take this long for me to get to my first NLCS," he said. "Early on in your career, you think that when you're on teams that are really good and you have success, you think it's going to be an every year thing, getting to the playoffs and having an opportunity to win the World Series.

"You realize, it's not that easy."

Orioles manager Buck Showalter knows the statistic: Since the best-of-seven format was adopted in 1985, all 11 teams that have won the first two games of an LCS on the road reached the World Series.

Still, there is one number that allows him to believe Baltimore can rally from a 2-0 deficit in the AL Championship even with the next three games in Kansas City: 96.

"I've got 96 reasons to be confident in our guys," Showalter said Monday after Game 3 was postponed due to rain. "You can create a lot of positive feelings about it because you've been through so many battles with them. You've seen them respond so many times."

Showalter is, of course, referring to the AL East champion Orioles' 96-66 record this season. Baltimore then swept the Tigers in the Division Series behind a powerful lineup and deep bullpen.

The relief core that gave up just three runs in 12 innings and earned the Game 1 win against Detroit struggled in the first two games against the Royals in Baltimore. The O's bullpen lost both games, allowing nine hits and five runs — including two late homers in 10 1-3 innings.

No worries. Lefty Andrew Miller, who has given up just one hit over three innings in two appearances in the ALCS is hopeful Baltimore will turn things around.

"We've played two close games that have gone their way. We've had our chances," Miller said. "We can stop their momentum with a win. They stopped ours. They came in and we hadn't lost in a while. We've got to experience that. Now it's our turn."

NO FREE PASSES THIS TIME

St. Louis Cardinals starter John Lackey last faced the San Francisco Giants in the postseason in 2002, when as a 23-year-old rookie with the Anaheim Angels he won the deciding seventh game of the World Series. That Giants lineup was a little more intimidating than the one he will face this afternoon in Game 3 of the NLCS.

"I mean, no offense to anybody in their lineup but they don't got Barry Bonds," Lackey said.

While he complimented these Giants for having a deep lineup, Lackey most likely won't pitch around anyone the way he avoided Bonds. Four times, Lackey intentionally walked the slugger, who hit 46 homers in only 403 at-bats. He walked him once in Game 2 and three more times in Game 4.

"Of course there is. We had our off day yesterday. We were ready to play today. Again, I know I can't, and I know none of those players in the locker room can control the weather, so you deal with it." — Royals manager Ned Yost when asked if there is disappointment that Game 3 of the ALCS was rained out on Monday.

"A little better than what I expected. ... When I woke up, I was moving all right. We'll see. I'm going to try (to play)." — Cardinals catcher Yadier Molina a day after sustaining a left oblique strain in the NLCS on Sunday. He was able to throw during workouts on Monday and hopes to be available in some capacity in Game 3.