Hucksters, hawks, and charlatans: the GOP’s 10 most clownish 2016 presidential candidates

Their chances of winning the nomination span the spectrum of "slim" to "none," but they're happy to encourage buzz 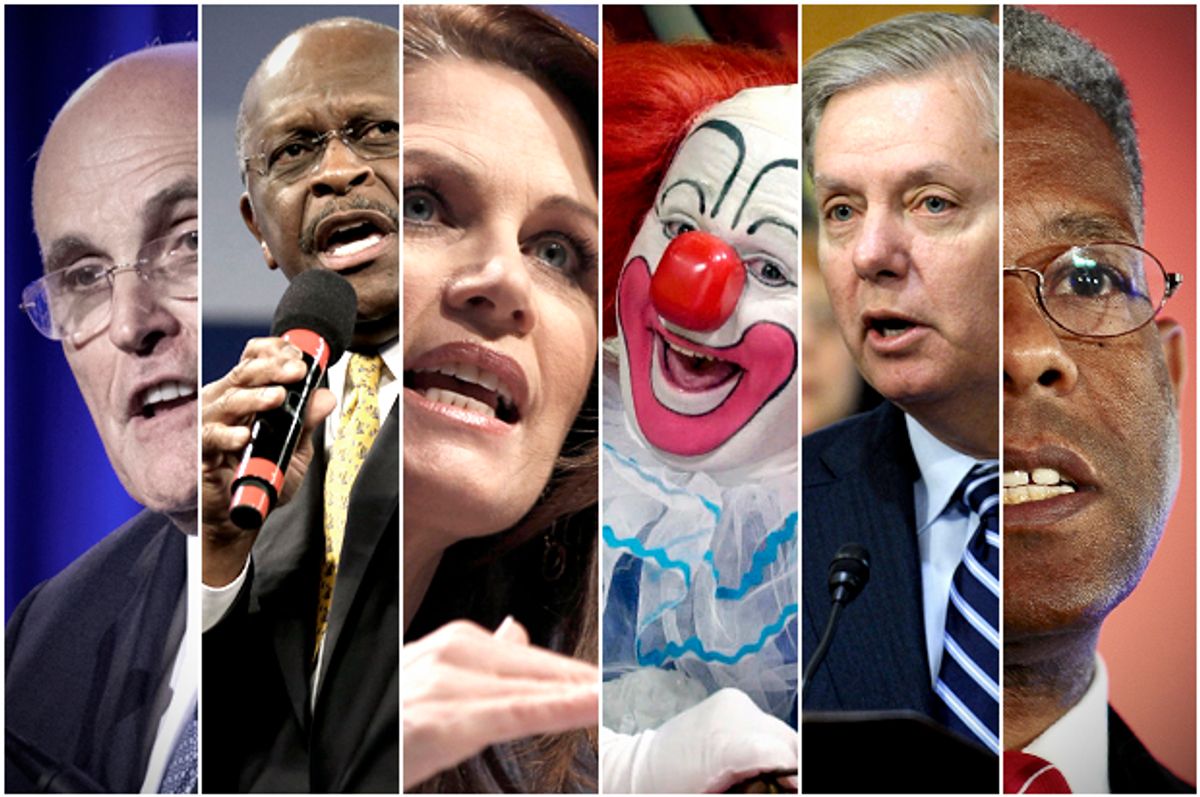 Politico reports this morning that former U.S. ambassador the U.N. John Bolton is proceeding apace with plans to run for president in 2016. The Republican’s traditional and super PACs raised a combined $2.5 million last quarter, the website notes, and Bolton has used the groups to promote his neoconservative foreign policy views and support like-minded GOP candidates.

The notion of a serious Bolton presidential run is, of course, patently absurd. There’s his bombastic and allegedly verbally abusive demeanor, which fostered such significant Senate opposition to Bolton’s nomination to the U.N. post that President George W. Bush had to settle for a one-year recess appointment. And then there’s the utter lack of a rationale for his candidacy. Bolton has said that he’d run to inject a hawkish voice into the GOP’s 2016 debate, but the field is certain to include a number of aggressive interventionists who actually have plausible paths to capturing the nomination.

Bolton knows this. He might be a shameless warmonger, but he isn’t dumb. So why run? Chances are that he’s observed former candidates like Herman Cain and Newt Gingrich seize on their losing candidacies to score increased speaking fees and lucrative business deals.

And Bolton isn’t alone! Here’s a roundup of 10 GOPers who have let it be known that yes, they are indeed considering presidential bids, despite having roughly the same odds of winning the nomination as Karl Marx resurrected.