"I am a human being. Not a campaign prop": Disabled Wendy Davis supporter fires back at conservative criticism 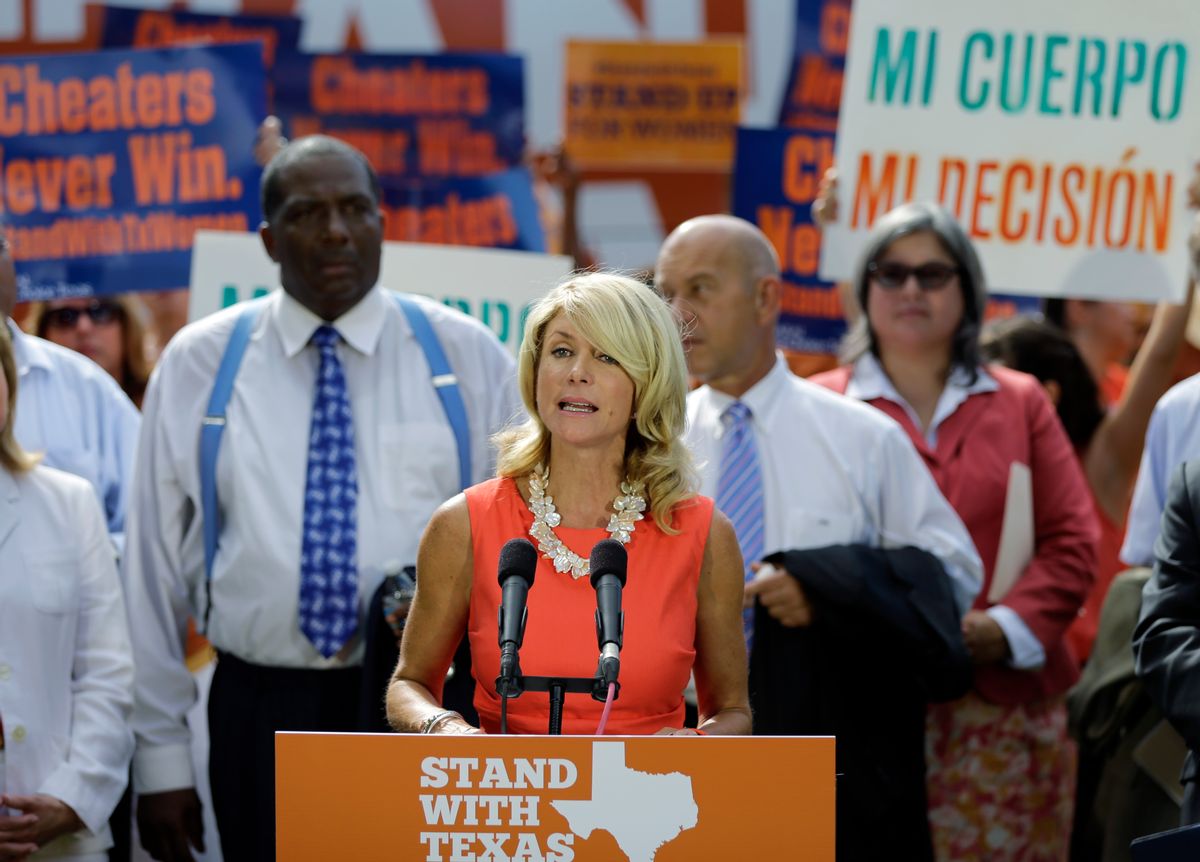 Responding to criticism over a divisive new attack ad aired over the weekend, Texas Democratic gubernatorial candidate Wendy Davis organized a press conference on Monday that included several of her disabled supporters, who discussed how Republican candidate Greg Abbott's attempted tort reform would affect their lives. Davis defended her decision to air a spot that notes her opponent's partial paralysis and use of a wheelchair during the event, eliciting additional criticism from conservative commentators and Abbott supporters -- but this time, it was for including disabled voters at the presser.

Attempting to lambaste Davis for political opportunism, critics took their attacks a step farther, calling the press conference speakers "props" and mocking Lamar White, Jr., a speaker with cerebral palsy. During the event, White spoke while seated, then asked a Davis staffer to move his chair to make room for the next speaker while he was still sitting. Right-leaning website the Washington Beacon called White's move "awkward," and Townhall.com referred to him and the other supporters "props" while calling Davis' decision to include them "shameless."

“I’m clumsy, and I fall sometimes," White told the Houston Chronicle. "I didn’t want to fall on camera, so I personally asked them to slide me over in the chair. I asked them to move me. Because I was worried that if I stood up, I’d fall down on camera."

White also took to social media to fire back at critics, noting that referring to him and other Davis supporters as "props" undermines personal autonomy. "I am a human being," White wrote. "Not a campaign prop. I volunteered to speak because [Wendy Davis] is right." He also appealed directly to Abbott, calling on the candidate to denounce members of his campaign who jumped on the "awkward" bandwagon:

.@GregAbbott_TX, I'm not a prop. You owe an apology and must denounce this slur and your campaign's retweets.