The congressman denies any proof that humans aggravate climate change 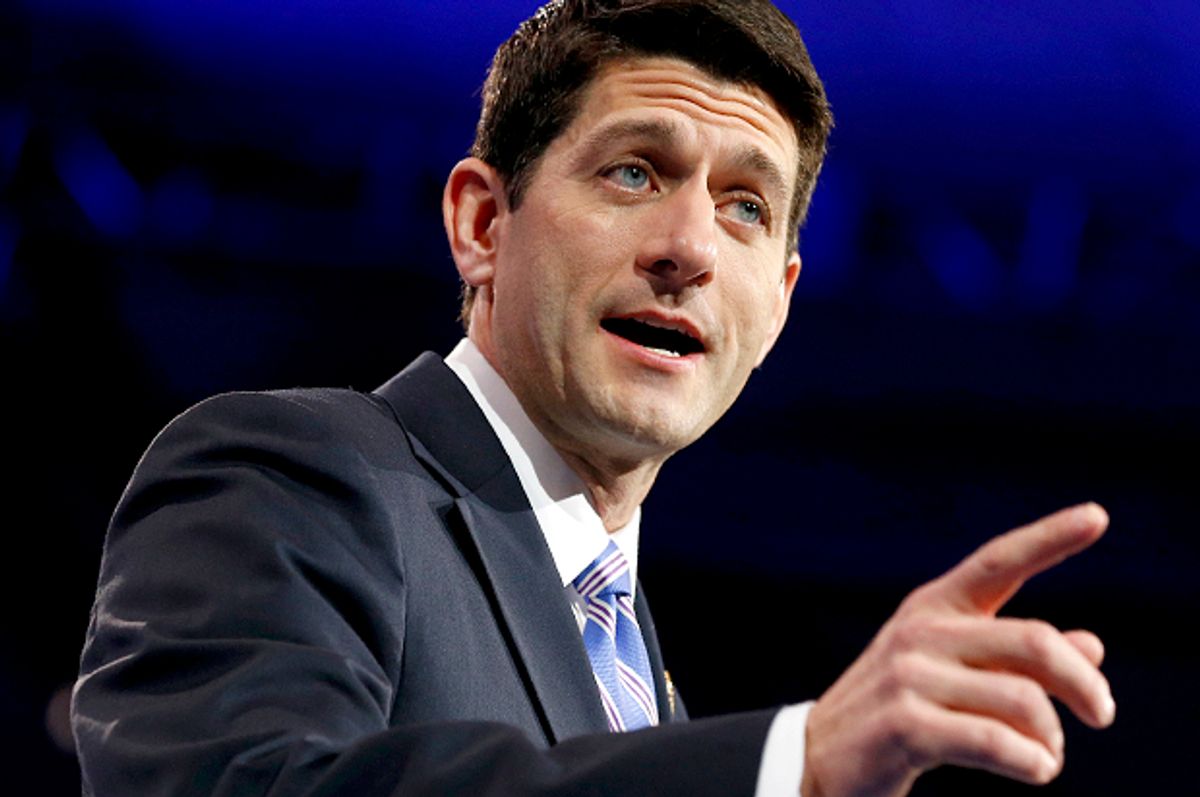 Paul Ryan, the Republican congressman from southern Wisconsin and once-veep hopeful is confirming what we likely suspected: he doesn't see any evidence that humans have anything to do with climate change.

In an hourlong debate with his Democratic challenger Rob Zerban, Ryan was steadfast in his unnecessary ignorance. "I don't know the answer to that question," Ryan said. "I don't think science does either."

Ryan also said efforts to combat climate change are costly and unproven, a popular position among the Republican base he will need should he seek the GOP's presidential nomination in 2016.

Zerban said climate change is serious and man-made. He also said it's an opportunity for Americans to invest in renewable energy that produces fewer greenhouse gas emissions, which scientists blame for climate change...

Hours before the debate began, the Pentagon released a report that rising sea levels and other effects of climate change will post major challenges for America's military. U.S. military officials have long warned that changes in climate patterns, resulting in increased severe weather events and coastal flooding, will have a broad and costly impact on the Defense Department's ability to protect the nation.

"We've had climate change forever," Ryan continued to argue, questioning costly methods to combat the warming planet. "The benefits do not outweigh the costs," he said.