Pepsi's lame "hipster" makeover: What it isn't saying about its new drinks

Pepsi's newest offerings attempt to make soda look natural and healthy. But it's not. 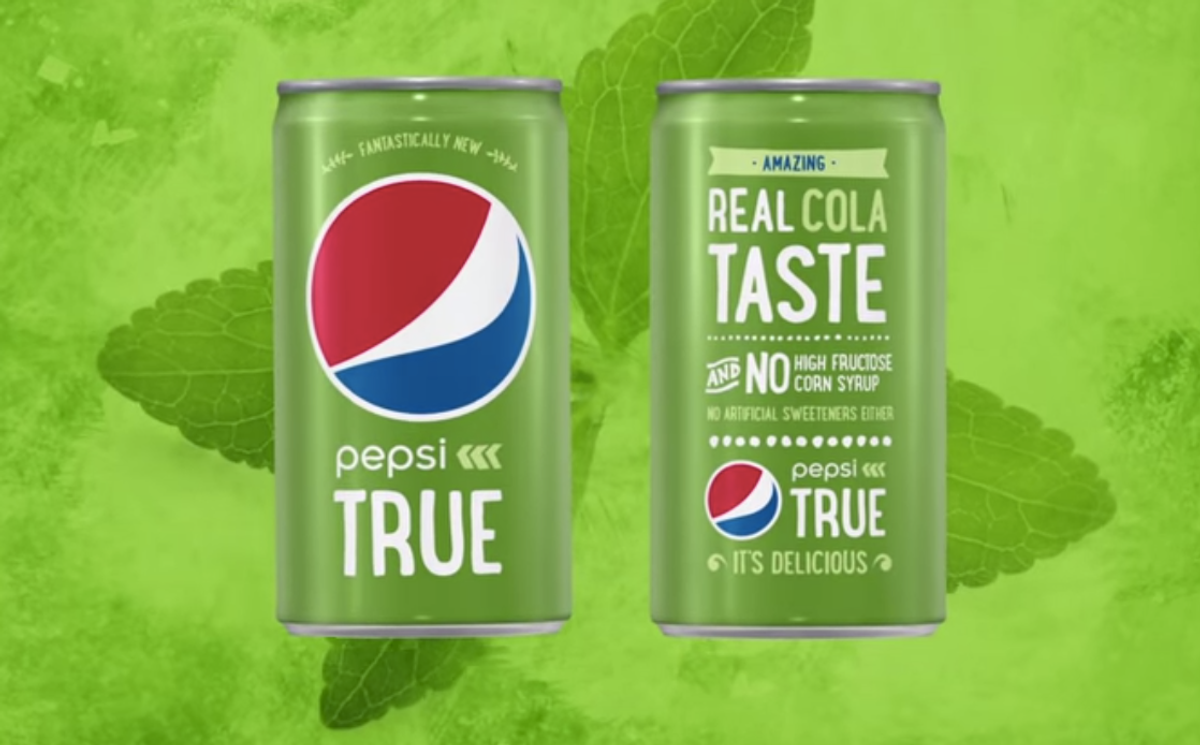 Pepsico's been on something of a health tear recently, introducing new beverages aimed at those looking for more "natural" and "authentic" drinking experiences. Starting Monday, those who want to follow a more natural diet and have their soda too will now have the option of ordering “Pepsi True,” a 60-calorie diet soda sweetened with a combination of real sugar and stevia and free from high fructose corn syrup. For those who covet artisanal beverages, Pepsi is introducing Caleb’s Kola, a mass-produced “craft” soda that comes in glass bottles and is sweetened with cane sugar.

It has not escaped anyone's notice that Big Soda's old tricks aren't working anymore -- not for health-conscious consumers who prefer natural, lower-calorie options, and not for millennials who, marketers have found, "are particularly drawn to products they feel are authentic." And these companies appear increasingly determined to remake themselves into the very alternative people are looking for. It's lead to some pretty obvious greenwashing -- or, in the case of the craft soda, perhaps "hipsterwashing" would be the better term. The question is whether anyone's buying it.

A soda with fewer calories is a promising development, even if less soda would probably be the better bet. Big Soda's been fighting tooth and nail against that second option, mostly recently in California, where the American Beverage Association has spent millions opposing San Francisco's proposed soda tax. If passed, it's predicted to reduce soda consumption by a full 31 percent. But the companies are, at least, acknowledging that they're contributing to a problem: Pepsico, along with Coca-Cola and Dr Pepper Snapple Group, recently pledged to cut the number of calories Americans imbibe from sugary drinks 20 percent by 2025 through the use of low and no-calorie options, along with smaller servings.

While all that's been happening, sales of sugary drinks have been on an overall decline: the 12 percent drop in calories consumed from such beverages since 2000 is attributed both to declining soda sales and the increased consumption of water and low-calorie alternatives. Plenty have pointed out that the companies don't really have a choice -- even the pledge to reduce sugar, critics say, is a way of spinning the inevitable.

"All the trends are showing decreased consumption of high-calorie beverages," Kelly Brownell, an expert on obesity and dean of the Sanford School of Public Policy at Duke University, told the New York Times. "And so what better way to get a public relations boost than to promise to do what’s happening anyway?”

The greenwashing is an additional attempt to woo health-conscious consumers. "Natural" labels are a common marketing trick, which Pepsi True embraces right down to the color of the can. (Coke Life, its mid-calorie competitor, will also feature a green label.) Aside from the lower calorie content, a major selling point is that the drink lacks high fructose corn syrup (HFCS), something Pepsi already experimented with over the summer, with a line of "Pepsi Made with Real Sugar" offerings. Nutritionists, however, point out that HFCS isn't really any less healthy than sugar -- it just sounds less natural. And the can still boasts 16 grams of sugar: 30 percent less than regular Pepsi, but at more than half the World Health Organization's new recommended daily limit of 25 grams, a considerable amount nonetheless.

Similarly, the wholesome vibe of Caleb's Kola is belied by the 29 grams of sugar contained, alongside the "special blend of spices" and kola nuts contained in one ten-ounce bottle -- about 4.5 grams less than what you'd find in the equivalent amount of regular Pepsi, but still more than a full day's worth.

And while the lack of HFCS may nonetheless appeal to the natural eating crowd, both offerings still contains another widely villainized additive: caramel coloring. The additive, which gives cola its brown hue, sometimes contains the chemical 4-MEI, which, when consumed in very large quantities has been linked to cancer in lab rats. A report last year found that Pepsi products contained more than the recommended level of 4-MEI in California, where it's listed as a carcinogen. Pepsi maintains that the additive is safe, and said it was planning to reformulate its caramel coloring to be 4-MEI-free by February 2014 in any case. But if that's not reason to avoid the beverage, the "all-natural" claims are hardly reason to embrace it, either. In other words, this is still soda we're talking about. If consumers are as discerning as Pepsi et al. seem to fear, they'll just stick to water.