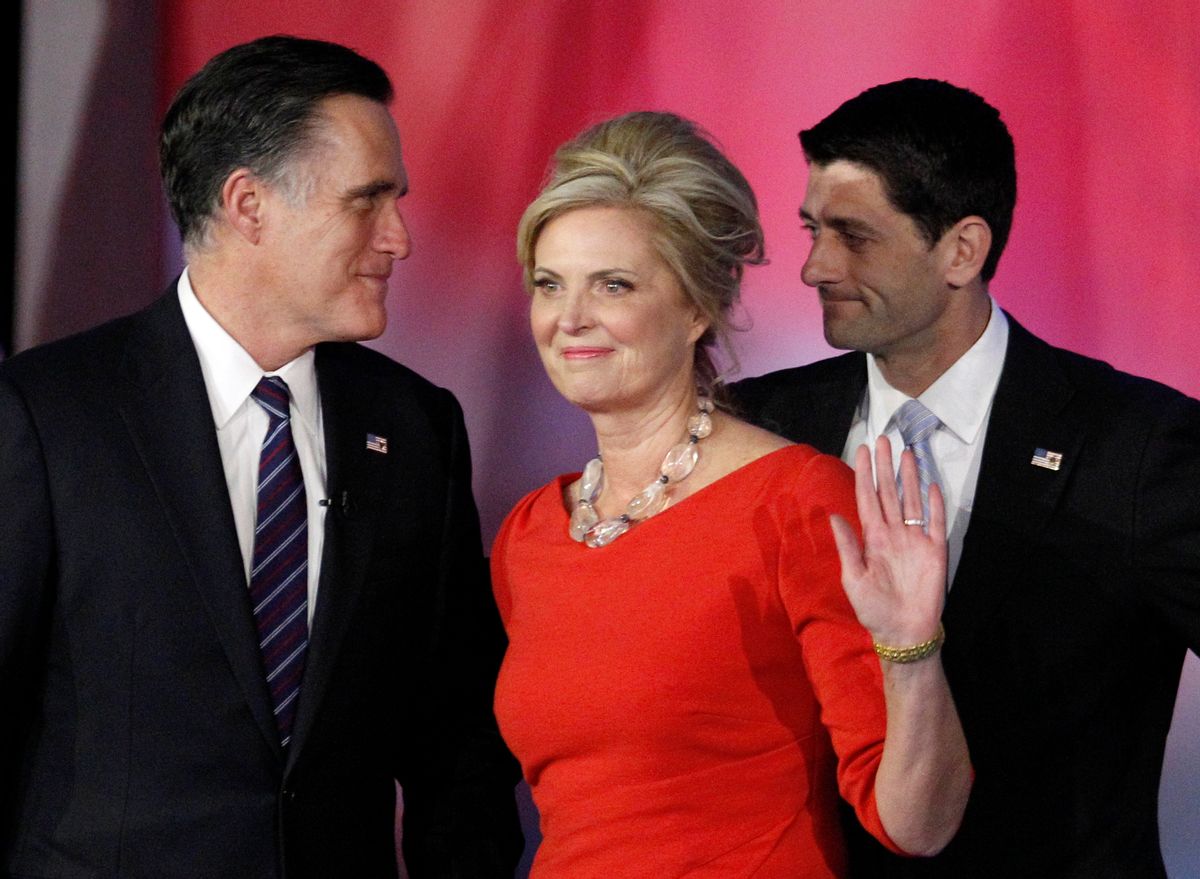 WASHINGTON (AP) — Their legacy already established in politics, Mitt Romney and his wife, Ann, are working to leave a lasting mark on neuroscience.

Boston's Brigham and Women's Hospital on Tuesday will announce the launch of the Ann Romney Center for Neurologic Diseases, a venture funded by the Romneys and their expansive political network that will assemble scores of the world's most accomplished doctors and scientists to collaborate against five neurological diseases that have no cure: multiple sclerosis, Alzheimer's, ALS, Parkinson's and brain tumors.

The Romneys and their friends from across the nation will gather in Boston on Tuesday night to promote the center, which represents an expansion and redesign of an existing neuroscience program at the Harvard Medical School-affiliated hospital. It will be housed in a state-of-the-art building set to open in 2016.

The gathering comes amid continued speculation about Romney's interest in a third presidential bid despite his repeated insistence that his political career is over. The guest list reflects his continued prominence in national politics, as his most loyal aides and donors will join high-profile Republican officials and even a handful of Democrats at the Boston event.

"Running for office was a great and thrilling experience. I enjoyed it and loved it," Romney said in an interview with The Associated Press. "This is very different than that and also rewarding. ... I think it can have a very lasting impact for a lot of people."

For the Romney family, the issue is personal.

Ann Romney was diagnosed with multiple sclerosis in 1998, a diagnosis that deeply rattled the family shortly before her husband's ascension in national politics. She has been symptom-free for much of the last decade, but suffered a setback in the midst of her husband's 2012 presidential campaign that left her so exhausted at times she could barely speak.

She said Monday that she's never felt better, but at 65 years old, she's eager to protect future generations against the five diseases, which currently affect more than 50 million people worldwide. Researchers already think they may have a vaccine for Alzheimer's within five years, she said.

"I'm running out of time," Ann Romney said in an interview. "I just want to accelerate what's happening."

The Romneys would not detail how much money they contributed to the center — acknowledging only a "significant, private donation." Beyond that, Ann said she committed to raising another $50 million.

The funding stream promised by the Romneys represents a huge boost for researchers struggling to expand their fight against some of the world's most devastating neurological diseases, said Dr. Howard L. Weiner, Ann Romney's longtime personal physician and the center's co-director.

"We believe it's a game changer," Weiner said of the center's impact on incurable neurological diseases. He later added, "It could be a true legacy" for the Romneys.

Weiner said the Ann Romney Center would likely add roughly 50 staff to an existing group of 250 doctors and scientists and occupy parts of five floors in the new building, which will be connected to the Boston hospital's existing campus by a glass-enclosed bridge and underground tunnel.

He said there would be a laser focus on the five diseases, with particular emphasis on new clinical trials to help speed treatments to patients. The new setup, Weiner said, would help researchers typically focused on specific diseases to collaborate in unprecedented ways.

Mitt Romney shrugged off the idea that this would be part of his legacy.

"This is more about 50 million people who are affected with various forms of neurologic diseases," he said. "I don't think legacy comes to mind so much as just wanting to make a difference in areas where we can have an impact."