"Your child probably won't get into the Ivy League": How I learned to parent average kids 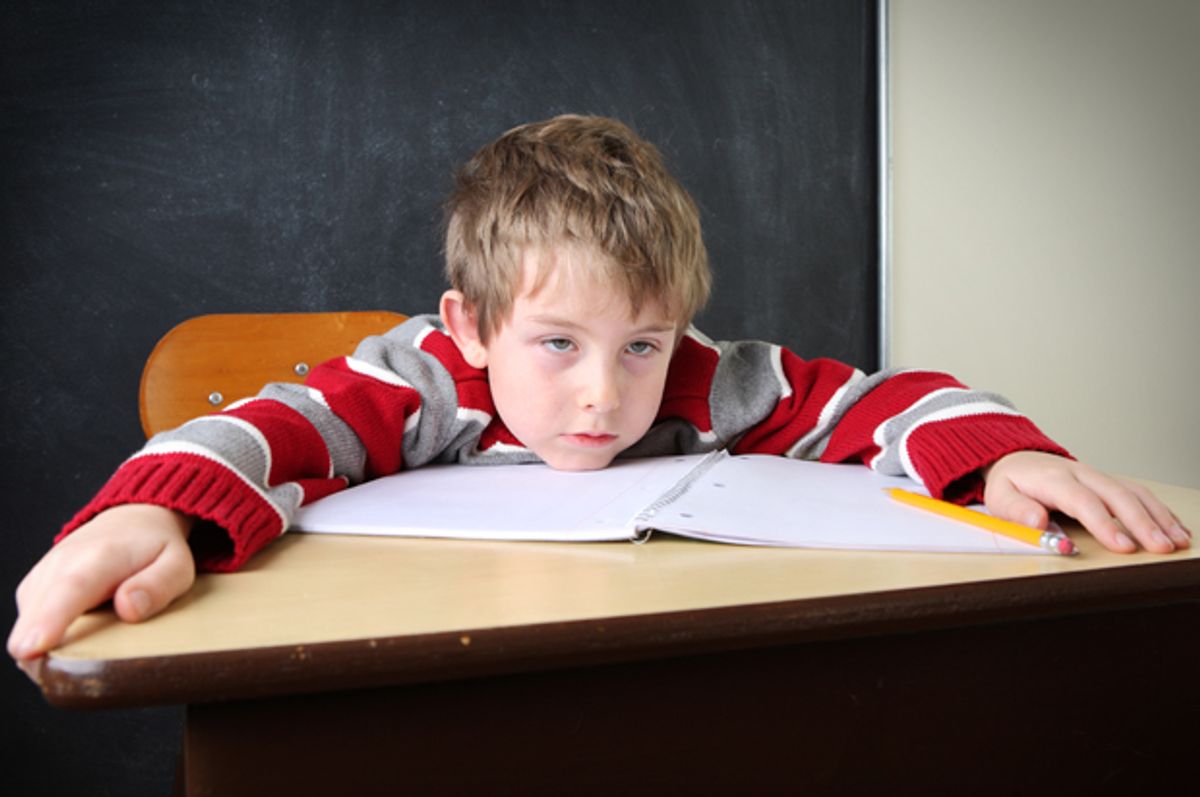 "Hyper-parenting" is a trap I fall into all the time. I'll do literally whatever it takes to make my kids happy, even if that means pretty much forgetting to discipline them. My in-laws babysat for my kids the other day, and wanted to take them to the diner for dinner. The kids wanted to stay home and finish a hot game of Monopoly. What I said to my kids, after hearing about their bad behavior, is this: you need to listen to what grandma and grandpa say. Though I really thought: Couldn’t grandma and grandpa have been a little more flexible? Couldn’t the kids have finished their game? Couldn’t they have ordered in?

Sure, I wish I had the kind of kids who cleaned up their toys and set the table, and washed their hands without complaining and didn’t ask to read a book during dinner and who actually wanted to still still and converse with me. But I've never been big on the “Do as I say" school of parenting.

French parents, on the other hand, as Pamela Druckerman explains in a piece in the New York Times on Sunday, are far more authoritarian. The French, it seems, are the only parents left in Europe who aren’t helicopter-parenting—it’s a “global trend,” Druckerman says. “Middle-class Brazilians, Chileans, Germans, Poles, Israelis, Russians and others have adopted versions of it too. The guilt-ridden, sacrificial mother — fretting that she’s overdoing it, or not doing enough — has become a global icon.” Even a Norwegian producer making a documentary about French child rearing told her: “[In Norway] we have brats, child kings, and many of us suffer from hyper-parenting. We’re spoiling them. [The French] demand more of their kids, and this could be an inspiration to us.”

My in-laws are probably a lot more like the French. And that certainly isn’t meant as an insult. There are generational differences in parenting. One friend who grew up in the 70s told me that her father’s favorite line when she argued with him was: “This is not a democracy.” My own father would give me exactly one warning when he picked me up at a friend’s house. “If you’re not outside after one beep, I’m leaving,” he’d say. You think goodbyes lingered or I slacked on putting my shoes on when Dad was picking me up? No way.

When I go to pick my kids up from a friends, they’re, like, playing, dancing, doing the One more level, Mom, or One more basketball shot or one more whatever. My son is skilled in the art of negotiation because I’ve negotiated with him since he was two. And I'm a sucker for it.

Druckerman gives a list of refreshing advice including: Teach your kids that being respectful will help them get what they want out of life. (For instance, if my kids spoke to my in-laws respectfully, explaining that they were deep in the game, instead of screaming, “Noooo, we’re not going!” my in-laws might not have pulled the We’re-in-charge-and-you’re-not card.) She recommends sleeping more. She says drop-off birthday parties are the way to go. She says not to worry about over-scheduling, because according to research, kids who do activities have higher grades and self-esteem than those who don’t.

And since I’m currently surrounded by competitive parents who treat fifth grade sports games like it’s a fight-to-the-death gladiator challenge, my favorite piece of advice is: “Your child probably won’t get into the Ivy League or win a sports scholarship. At age 24, he might be back in his childhood bedroom, in debt, after a mediocre college career. Raise him so that, if that happens, it will still have been worth it.”