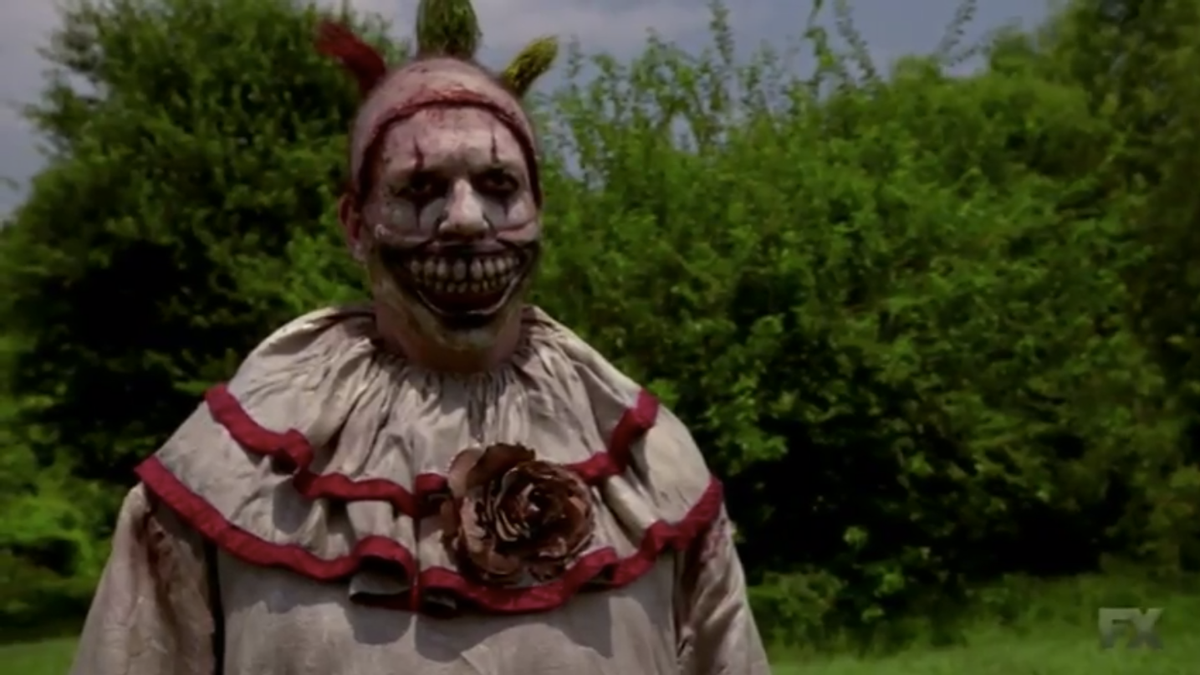 The nation's largest clown organization, Clowns of America International, is far from amused by the latest season of "American Horror Story."

The president of the Clowns of America International, Glenn Kohlberger, is worried that this portrayal of clowns is going to throw gasoline on the ever-burning fire of "clown fear" in America. "Hollywood makes money sensationalizing the norm," Kohlberger told the Hollywood Reporter. "They can take any situation no matter how good or pure and turn it into a nightmare."

"We do not support in any way, shape or form any medium that sensationalizes or adds to coulrophobia or 'clown fear,' " Kohlberger explained.

Twisty the Clown, who wears a mask resembling a skull, follows in a long line of killer clowns in pop culture -- from Stephen King's terrifying creation Pennywise in "It," to all the various iterations of the Joker in the Batman universe.  But "AHS" creator Ryan Murphy insists that he does not have any personal vendetta against clowns. He told the Hollywood Reporter that he is more creeped out by the terrors depicted in earlier "American Horror Story" seasons. "I'm much more afraid of Bloody Face [from Asylum] and Rubber Man [Murder House]," Murphy stated.