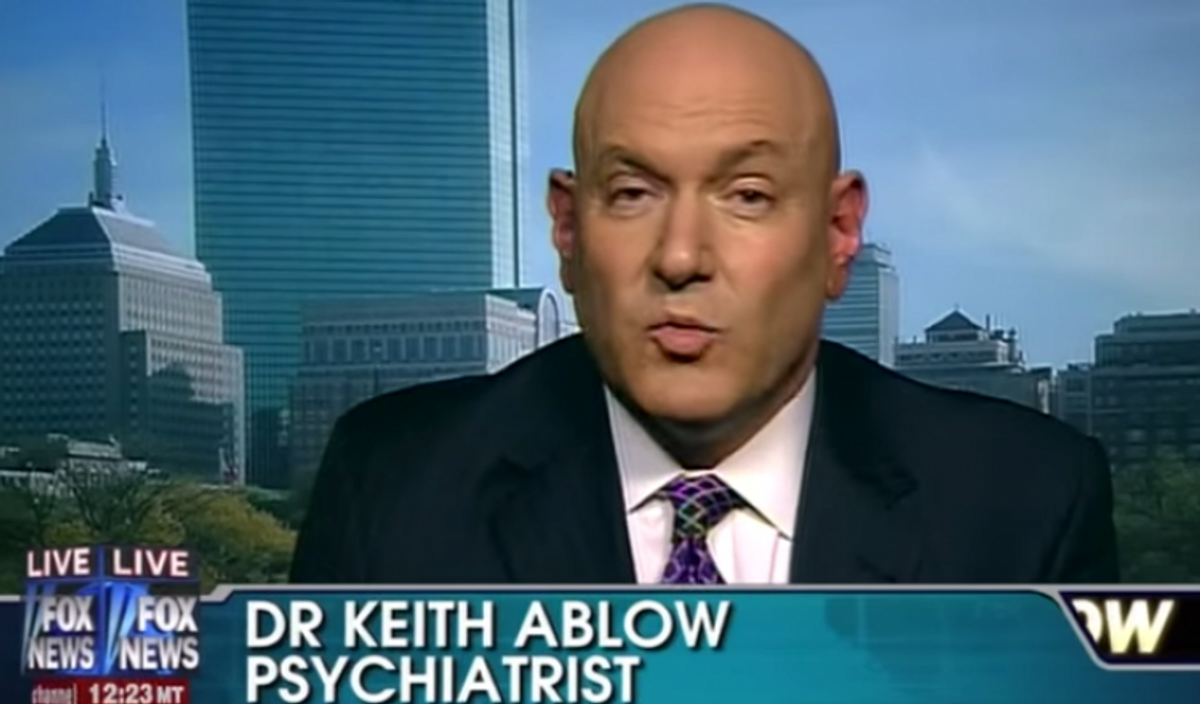 Psychiatrist Keith Ablow, a member of Fox News' Medical A Team, embarked on an unhinged racial rant against President Obama this week, charging that Obama wants Ebola to spread in the U.S. because his "affinities, his affiliations are with" Africa, "not us."

Speaking with Fox News Radio host John Gibson yesterday, Ablow discussed his conspiracy theory at length. Attempting to channel Obama's inner thoughts, Ablow imagined that the president opposes sealing America's borders to travelers from Ebola-stricken countries because Obama believes, "if only unconsciously," that the U.S. has inflicted a "plague of colonialism" on the world and that travel restrictions would therefore be unfair.

"You miserable people have destroyed so much in the world in terms of good things, and now you're going to build a wall?," Ablow pictured Obama saying. "Really? To insulate yourself from things that are devastating other nations when your gains are ill-gotten? And the very fact that you can build a wall -- you're using wealth that you never should have had to build it. This is just another manifestation of you didn't build that, business."

Ablow's armchair psychiatry grew particularly disturbing when he speculated that Obama hasn't implemented a travel ban for west African countries because the president's "affinities, his affiliations are with them. Not us. That's what people seem unwilling to accept. He's their leader ... we don't have a president."

How could such a man have ascended to the Oval Office? It's simple, Ablow told Gibson. The country is afflicted with "national Stockholm Syndrome." And a country suffering from this malady does things like electing a president who "has names very similar to two of our archenemies."

"We said to ourselves, and the world, 'Look at this guy. ... Why would you attack us?'" Ablow said. "We're not even voting for somebody who likes us. This guy, who has names very similar to two of our archenemies, Osama, well, Obama. And Hussein. Hussein. Surely you won't attack us now because we've got a shield here of a guy who, as the leader of our country says we're bad. So leave us alone. We get the message.'"

Ablow isn't alone in harboring his racially tinged conspiracy theory. Last week, conservative icon Phyllis Schlafly asserted that Obama was allowing the spread of Ebola to the U.S. because "[h]e wants us to be just like everybody else, and if Africa is suffering from Ebola, we ought to join the group and be suffering from it, too."

Listen to Ablow's segment below, courtesy of Media Matters: