GOP's most desperate ad of 2014: Why this pathetic gem takes the prize! 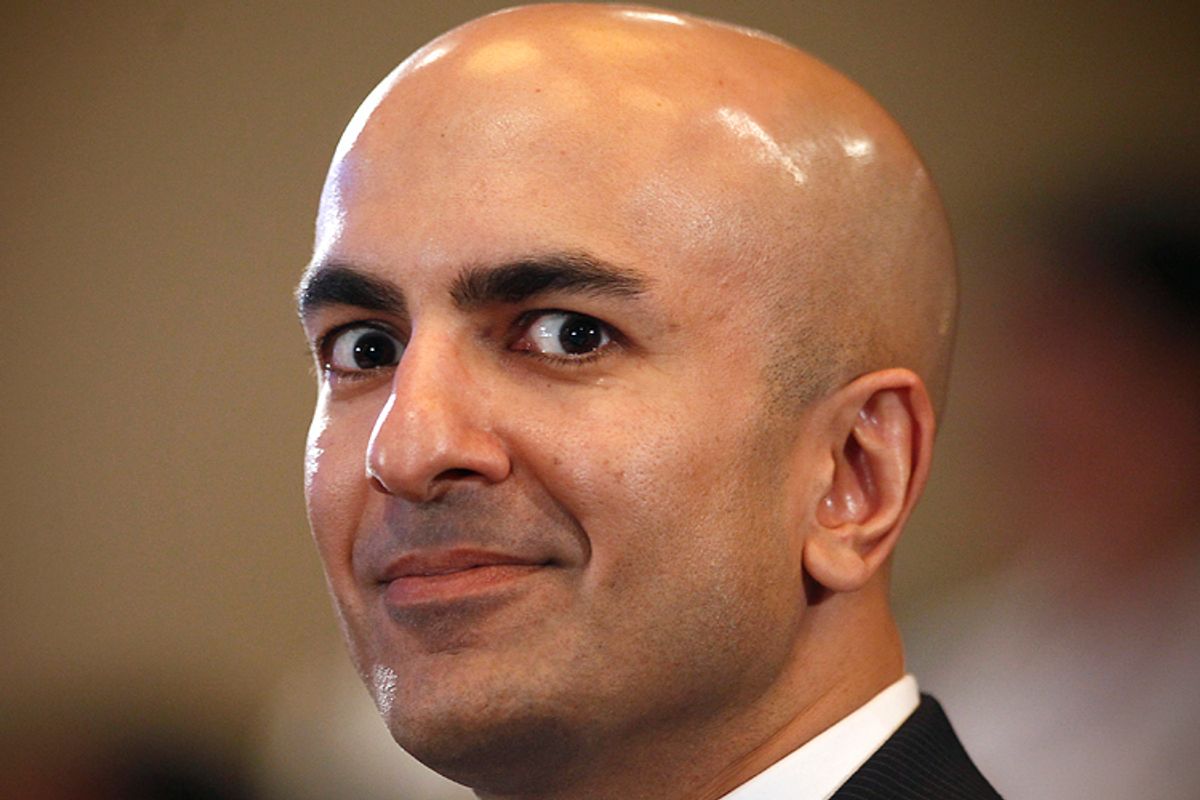 For those of us who love watching terrible campaign ads, these are the golden times. Each day between now and November 4 will be more and more like Christmas morning. It is desperation season.

Neel Kashkari is the Republican running against California Gov. Jerry Brown. Kashkari is losing. By a lot. At this point, Kashkari could just accept his fate, and be reasonably happy with how things went. He's gotten pretty far for a candidate who previously served as the actual guy shoveling TARP money onto evil banks during the Bush administration, one of the least appealing political resumes imaginable. He managed to finish second in California's jungle primary earlier this year, earning placement against Jerry Brown on the general election ballot. And there was never much of a chance that anyone could beat Brown this year. He's been a relatively popular governor, as political popularity goes in these days of polarization and hatred, in a state that tends to chew up and spit out whichever fool assumes control. There's no shame in losing to Jerry Brown by 20 points in 2014. Just accept it.

...Or run what is unequivocally the year's most desperate ad by a general election candidate, in which Kashkari suggests that Jerry Brown would let children drown. Replete with footage of a child drowning.

Oh, right right, it's just a "metaphor." We know all about that. The thing about metaphors is that they can be in bad taste, too. Metaphor is not an all-purpose get-out-of-jail-free card. You wouldn't show footage of Jerry Brown's head photoshopped onto an ISIS dude, chopping off children's heads, for example. At least I don't *think* so. Maybe that's the very next ad that Team Kashkari's working on? Such a metaphor would almost certainly be received poorly. A metaphor about how Jerry Brown lets children drown is maybe one notch higher, in terms of taste, than the theoretical one in which Jerry Brown beheads children. Metaphors about children dying are almost always bad.

There may be more to the Desperate Late-Stage Ad than "hail mary" considerations, though. It could be that the candidates know they're going to lose anyway, and they're just trying to prove to a well-funded special interest that they're willing to go to the mat for their cause, whether it be a future job or support for a future campaign. Consider that other very desperate ad everyone's talking about: Wendy Davis' "my disabled opponent is a hypocritical disabled opponent" effort. Bloomberg's Dave Weigel presented an interesting theory on it yesterday:

It leans into a defense of big tort awards, which Republicans and the Chamber of Commerce have been turning voters against for decades. Davis was on track to lose; she is now on track to lose on an issue that attracts Democratic donors but lacks a proud defender. The initial, dry-heave reaction to the ad, the human reaction, was not the one Davis and her strategists ever cared about.

Davis' ad will endear her to trial lawyers, one of the staunchest Democratic donor blocs. Kashkari is signaling to the billionaires who make up the anti-union "education reform" community that he will humiliate himself to serve their cause. There are rewards to be had for such demonstrations of loyalty.