News anchors are having trouble distinguishing between an isolated case and "ALL OF US GETTING IT NOW! RUN!" 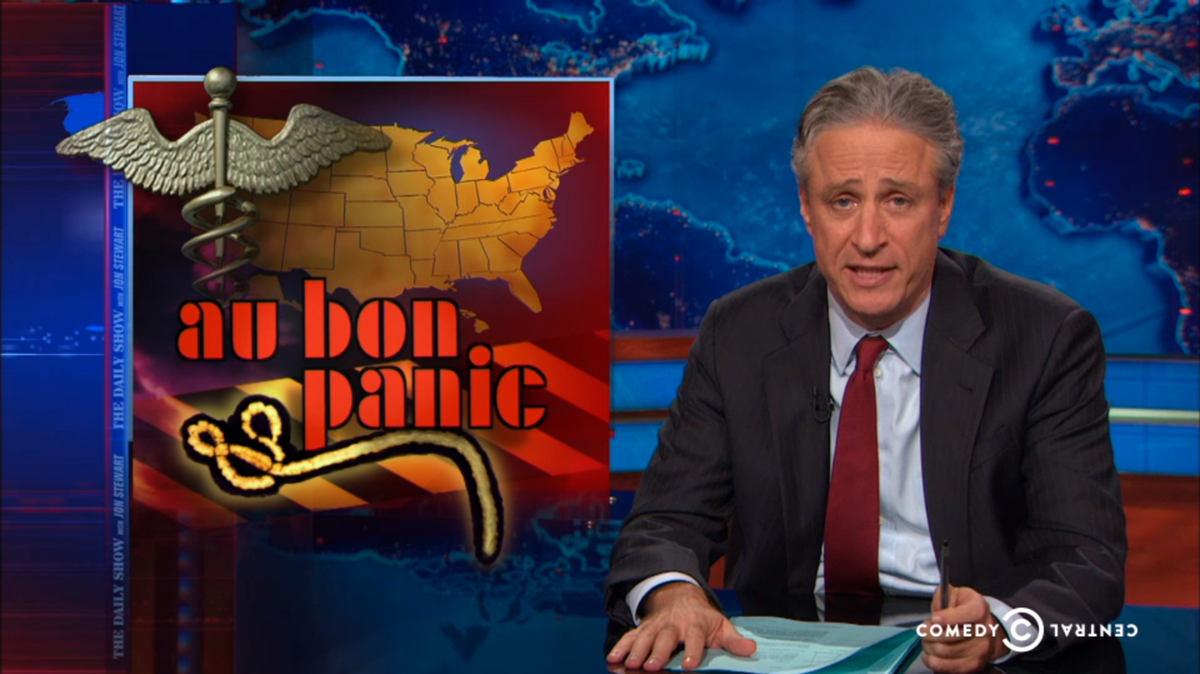 On Tuesday evening's episode of "The Daily Show," Jon Stewart addressed the media's utter refusal to listen to their own experts regarding the Ebola outbreak.

After a nurse who treated Thomas Eric Duncan, the Liberian national who recently died from Ebola, contracted the virus herself, television news went bananas.

"Clearly the news anchors are having trouble drawing the distinction between a person contracting the disease after working in close contact with an Ebola patient and the inevitability of ALL OF US GETTING IT NOW! RUN!" said Stewart. "I don't know if you know this, but there have been experts on your own channels telling you that this is not appropriate."