Microsoft to tech conference attendees: Take a photo with this woman in a skintight catsuit

As #gamergate rages on, the company had a woman dress as a near-naked video game character for photo ops 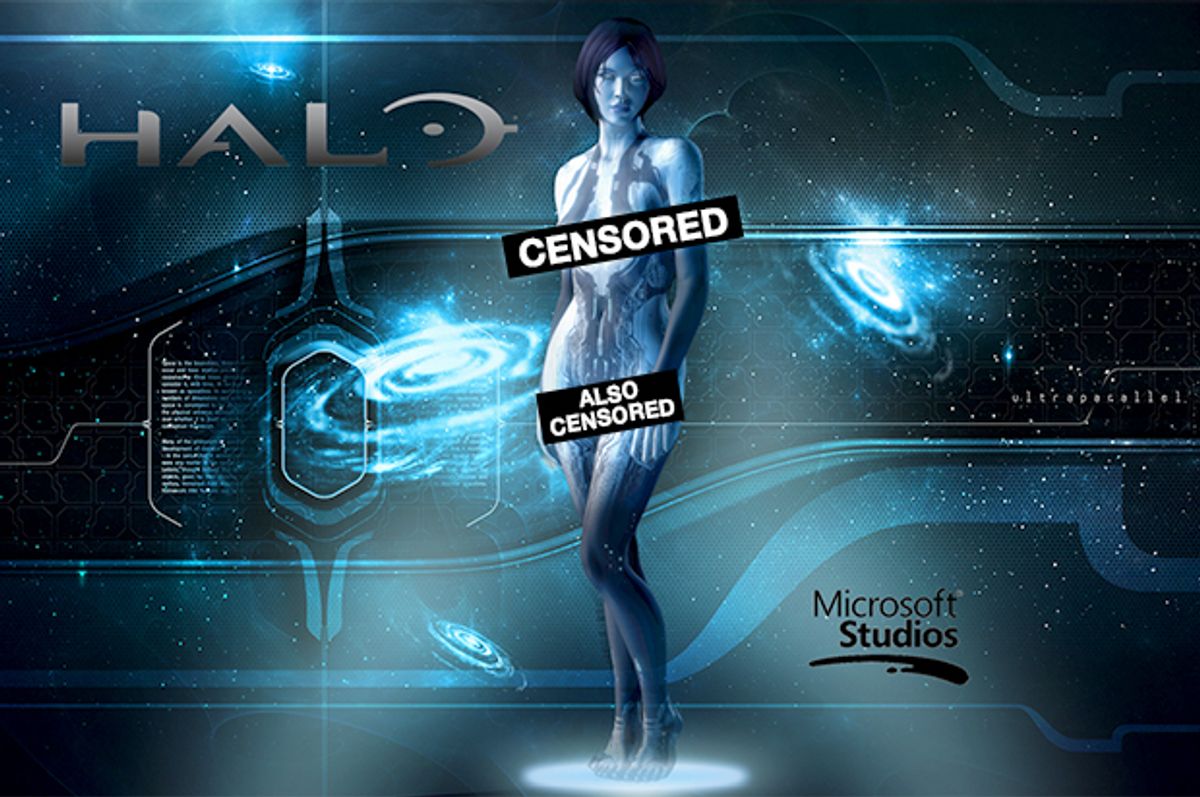 The Microsoft booth at the technology conference Innotech today in Austin features an interesting attraction: a woman in a skintight catsuit.

She's dressed as Cortana, an artificial intelligence character from the video game franchise "Halo." This character, essentially a high-tech personal assistant, takes the physical form of a big-boobed and basically totally naked lady whose skin looks like circuitry (think Mystique from "X-Men," only more future-y). The presence of Cortana at the Microsoft booth isn't as random as it may seem: The company has named its new Windows phone digital assistant -- a counterpoint to Apple's Siri -- after the video game vixen. So, consider this Cortana impersonator, who is staged there to pose for photos with attendees, just the latest in a series of not so great decisions on Microsoft's part. A tipster at the conference alerted me to this and added this bit of irony: "Meanwhile, in the next room is a whole series of talks on Women in Technology."

It also happens that today video game critic Anita Sarkeesian had to cancel a speech at Utah State University because a rabid anti-feminist nut-job threatened "the deadliest school shooting in American history" if the event went ahead as planned. It's just the most recent threat made against women who dare to enter predominantly male spaces not dressed as booth babes. As Mary Elizabeth Williams points out earlier today, "Sarkeesian, along with several women in the gaming and tech world, has been facing death threats and harassment for years now."

Let me be totally clear: I have nothing against catsuits or naked women. Both can be great ... in the right context. My tipster put it perfectly: "I'm no prude, but this is the wrong place, wrong time."