And he comes up with a pretty great advertisement of his own. Period. 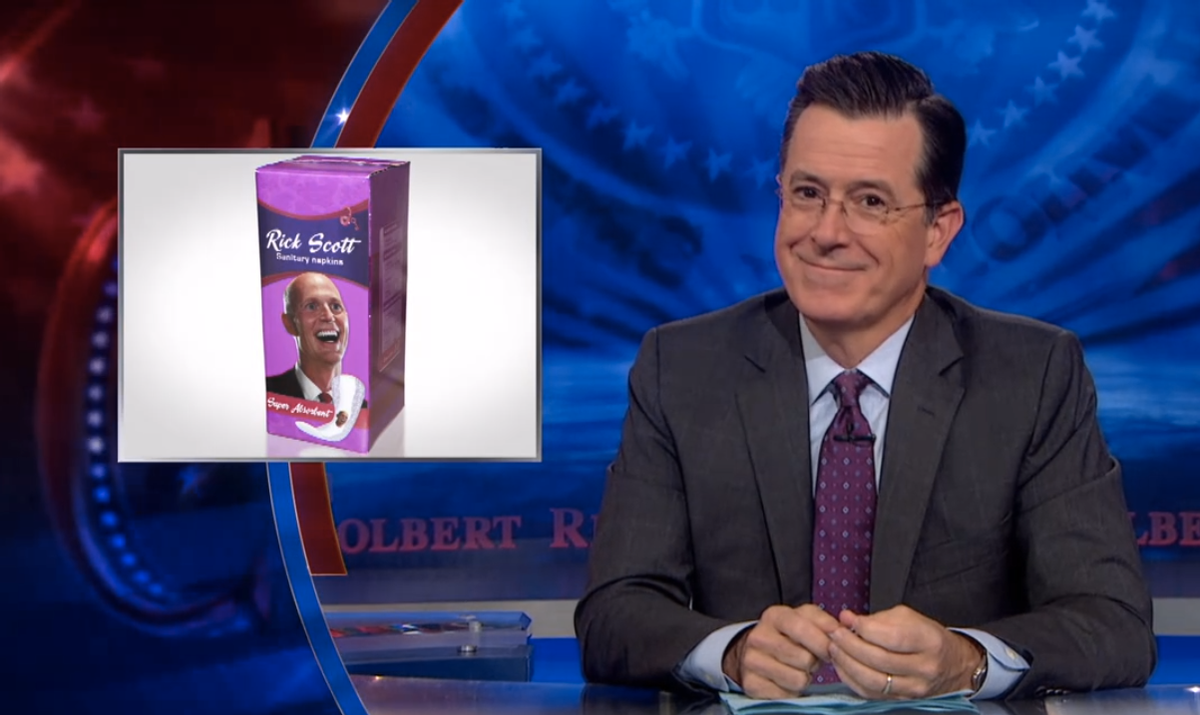 On Monday night Stephen Colbert turned his attention to a series of sexist midterm campaign ads released by the College Republican National Committee.

It is no secret that the GOP is having a tough time communicating an outdated values system to female voters. (Values that don't involve equal pay, or the right to choose what one does with their body, or the right to employer-covered contraception.)

The College Republican National Committee decided to create ads specifically aimed at female voters, and they're modeled after a wedding show, "Say Yes to the Dress."

"This ad shows that the modern GOP finally understands the real concerns of women, weddings!" Colbert explains. "I mean who needs access to contraception or equal pay, you're getting married! Let him take care of that hard stuff."

Colbert then introduces an advertisement of his own. Watch below: