"It is a moral evil that threatens our sacred institutions...until it became popular and since then who knows?" 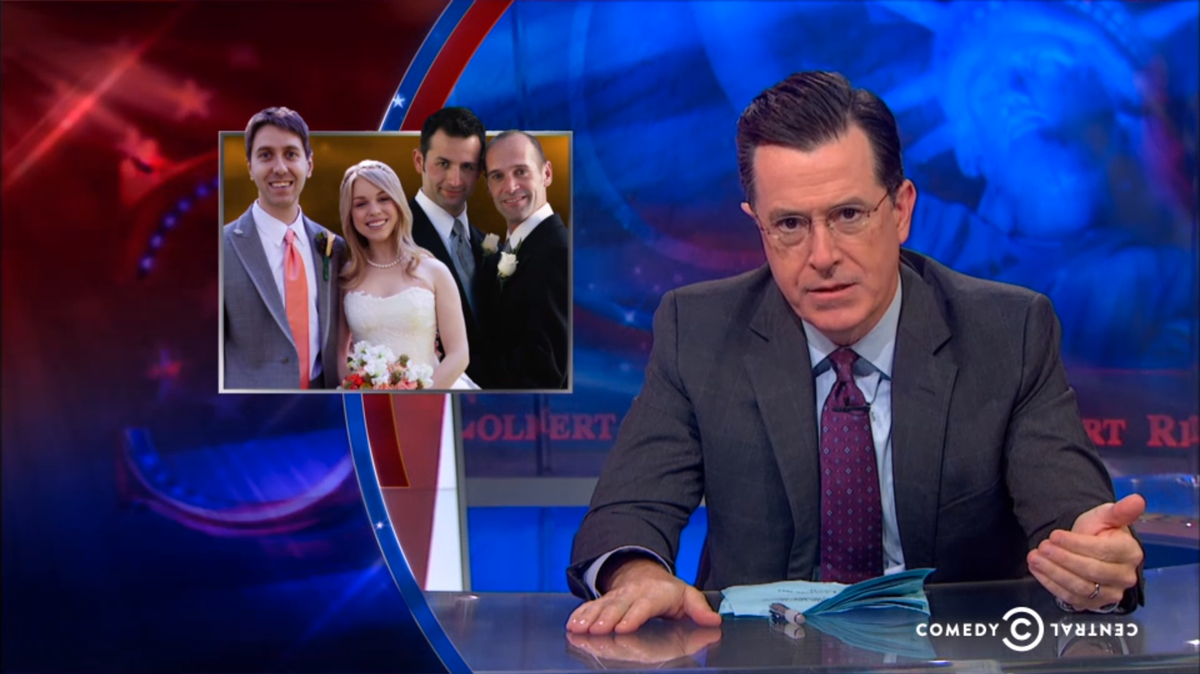 On Tuesday evening's edition of "The Colbert Report," Stephen Colbert found himself in the position of having to backtrack a little in his ardent disapproval of homosexuality.

"Since day one of this program, I have had an unshakeable stance on gay marriage," he said. "It is a moral evil that threatens our sacred institutions, our families and our lives... until it became popular and since then, who knows? You know, to each his own. None of my business. I might even officiate at a wedding someday."

A series of courts at national and local levels made same-sex marriage legal in a majority of states, while the Vatican changed its position on same-sex relationships, urging pastors to be more welcoming to gay people.

"Oh my god in three persons! The Vatican is welcoming the gays in? Next thing you know the place will be filled with antiques!"