Most Americans think the U.S. can handle the disease, but not Tea Party and rural voters. So the GOP whips up fear 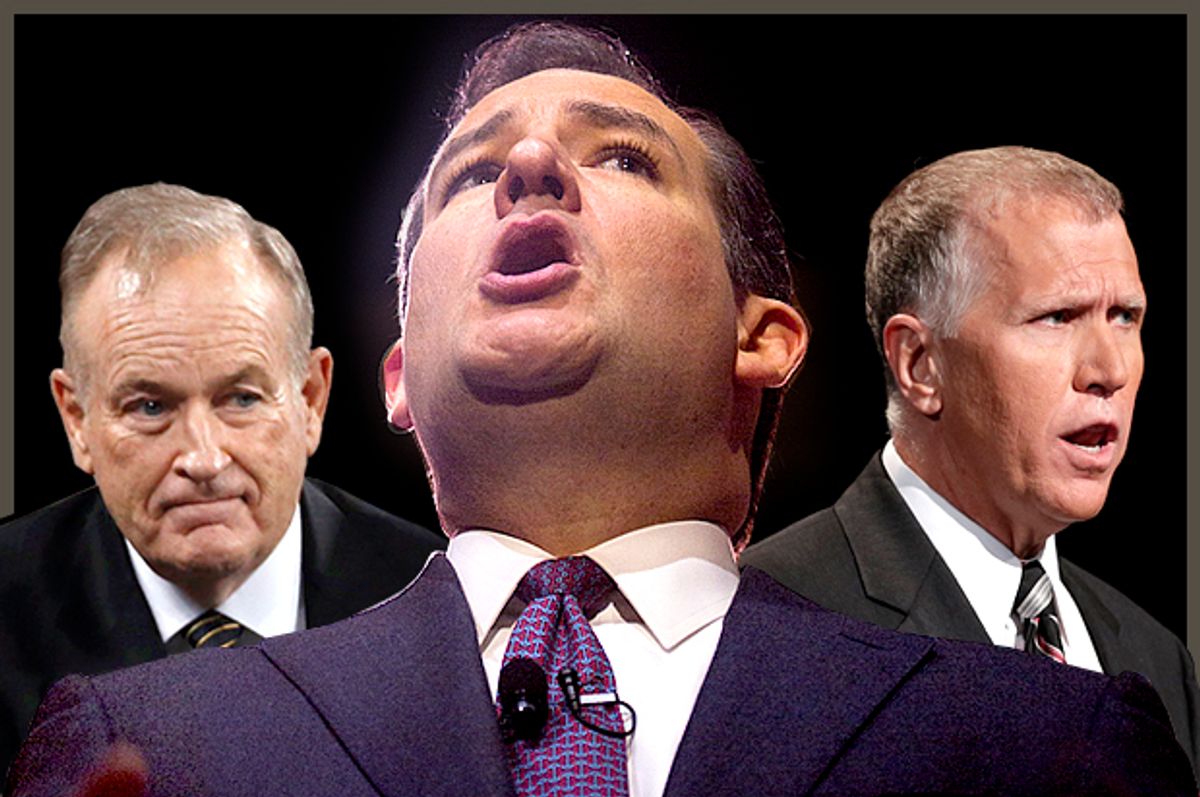 There’s good news in the NBC News/Wall Street Journal poll released Tuesday night: Most Americans believe the government is ready to handle a possible Ebola outbreak, even as a second Dallas health worker has contracted the disease.  But if you want to understand why the GOP is fear-mongering on the issue, you’ve got to analyze the poll results more closely.

Some 56 percent of Americans say the government is prepared to handle Ebola, including 61 percent of Democrats. But that number is flipped on its head when you ask Tea Party voters: 57 percent of them say the government is not prepared, as do 54 percent of rural voters. So two core components of the GOP red-state base coalition don’t trust the federal government, in the person of President Obama, to keep them safe – and there’s some political opportunity for Republicans in those numbers. When Texas Sen. Ted Cruz continues to insist “I remain concerned that we don’t see sufficient seriousness on the part of the federal government about protecting the American public,” those are the voters he’s talking to.

The Plum Line’s Greg Sargent makes the excellent point that one big political benefit of Ebola to the GOP is that it gives them a theme with which to nationalize the election and make it about the perceived failures of President Obola – I mean Obama – especially in states like Georgia, Louisiana and North Carolina, where vulnerable Democrats have kept it close by focusing on local issues and their GOP opponents’ foibles.  That’s why Thom Tillis is insisitng that Sen. Kay Hagan has “failed the people of North Carolina and the nation by not securing our border."

The poll had more good news than bad for the forces of calm and reason: 49 percent of Americans thought the CDC is doing a good job, compared to 22 percent who said it wasn’t. Other polls have given us a little more to worry about: Last week’s Rutgers-Eagleton survey of New Jersey voters found that 69 percent were at least somewhat concerned about the disease spreading here – and that people who were paying the most attention to TV actually knew the least about the disease, and were the most frightened.

That’s an unusual finding: People who pay the most attention to coverage of a political issue usually know the most about it when polled. But not when it comes to Ebola. "The tone of the coverage seems to be increasing fear while not improving understanding," the pollster told reporters. No data on whether they were mostly watching Fox, where Bill O’Reilly is calling for the resignation of the respected CDC head Tom Frieden (the sensible Greta Van Susteren called her colleague out here.)

That same NBC/WSJ poll showed Republicans with a generic two point lead over Democrats in the coming midterm elections, 46-44. Again, the best thing I can say about continued polling is: It could be worse for Dems. That same poll had Republicans up by 7 at the same point, and they went on to deliver a “shellacking.” The poll was tied 45-45 in 2012, when President Obama won re-election and Democrats gained seats in Congress.

Even better, Democrats are leading Republicans in among registered voters in the top-11 Senate races, 47 percent to 42 percent. So Democrats should expect losses, but it’s still not looking like a wave year. Unless Republicans can use Ebola and ISIS to drive out their voters, and Democratic voters stay home.