"Just try not to say something stupid for 90 minutes": Jon Stewart rips pols for midterm fear-mongering

"Midterms 2014: 'We have nothing to fear but fear itself,' so we're going to go with fear" 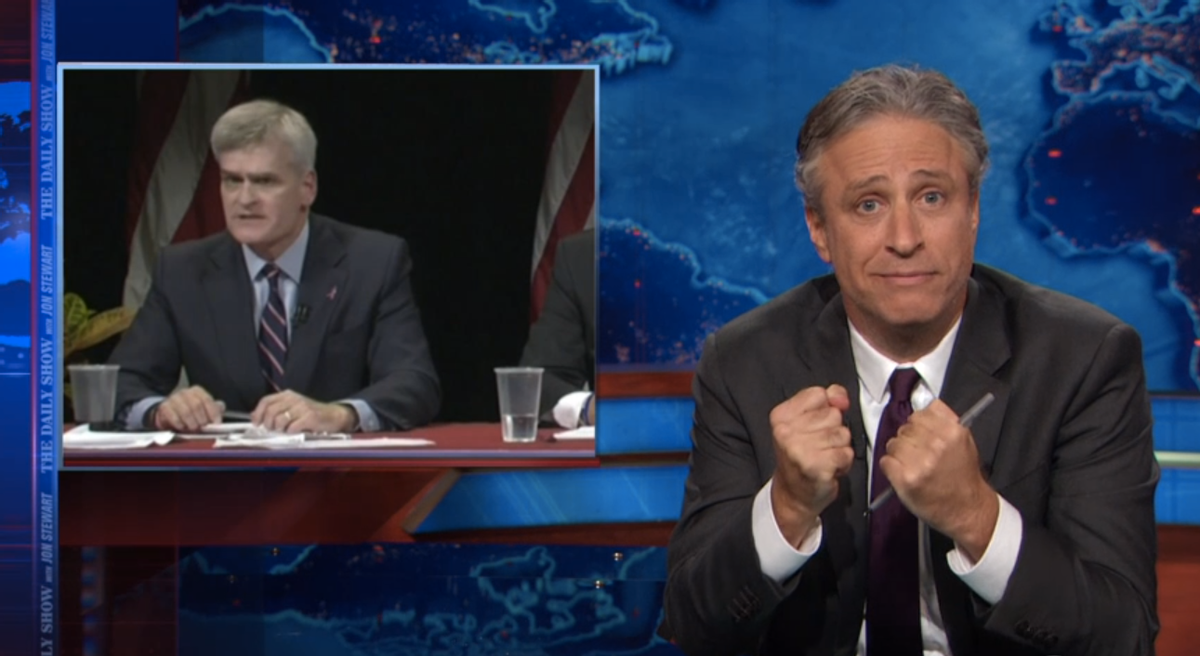 On Wednesday, Jon Stewart continued to dissect the spectacle that is the 2014 midterm elections. Debates have been reduced to 90 minutes of gaffe-policing, both Democrats and Republicans are blasting President Obama and neither side can run on their accomplishments -- or obstructionism.

So what are candidates running on? Fear. Trepidation over Ebola, panic about ISIS. Watch Jon Stewart break it down below: