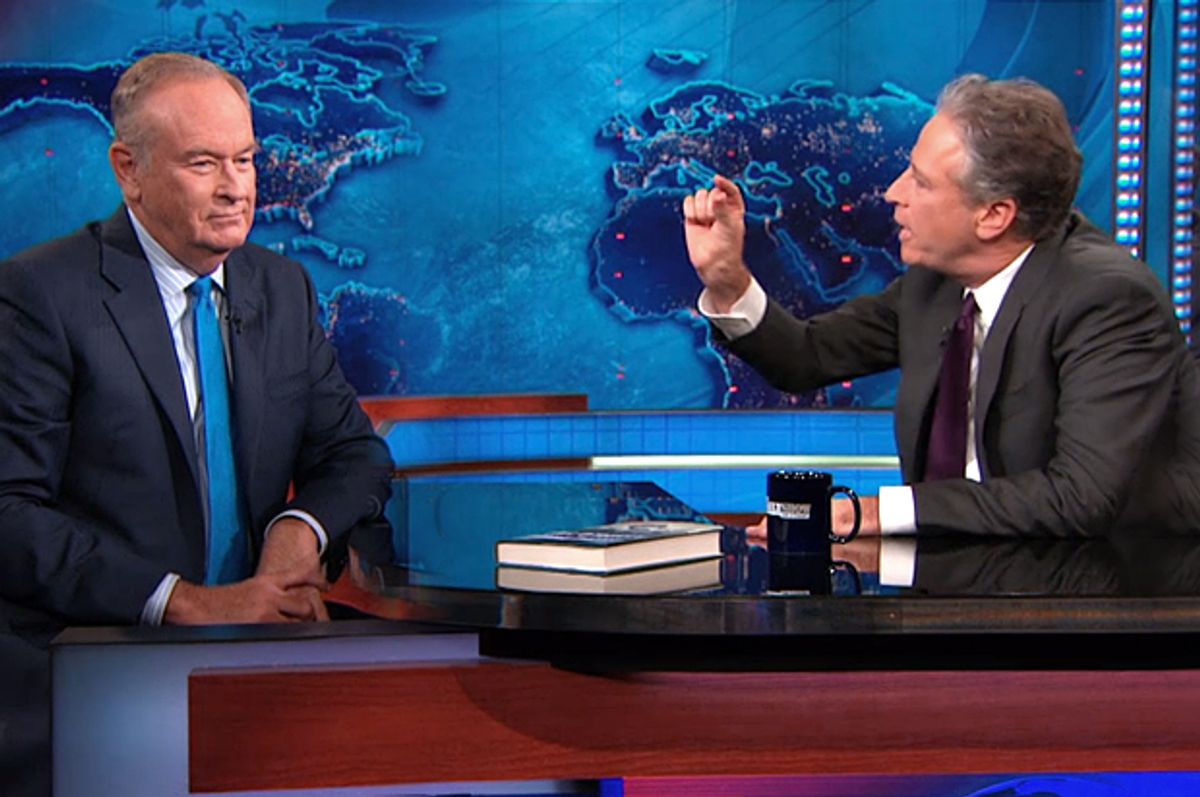 On Wednesday evening's edition of "The Daily Show," Jon Stewart invited Bill O'Reilly on the program with the sole intention of getting O'Reilly to admit that there was such a thing as white privilege, but under the pretense of discussing O'Reilly's new book, "Killing Patton."

Stewart begins by saying that there is a system of subjugation in the country when it comes to anyone who isn't white.

"That was then. This now," O'Reilly responds. "Maybe you haven't figured out that there is no more slavery, no more Jim Crow..."

"Being able to give people a free car does not make you the most powerful woman in the world," Stewart retorts.

Watch the clip below for eight minutes of infuriating stubbornness on the part of O'Reilly-- granted, he does budge an inch: "It's a factor. I'll give you that."