The televangelist called the city's attempt to enforce the ordinance one of the worst events in U.S. history 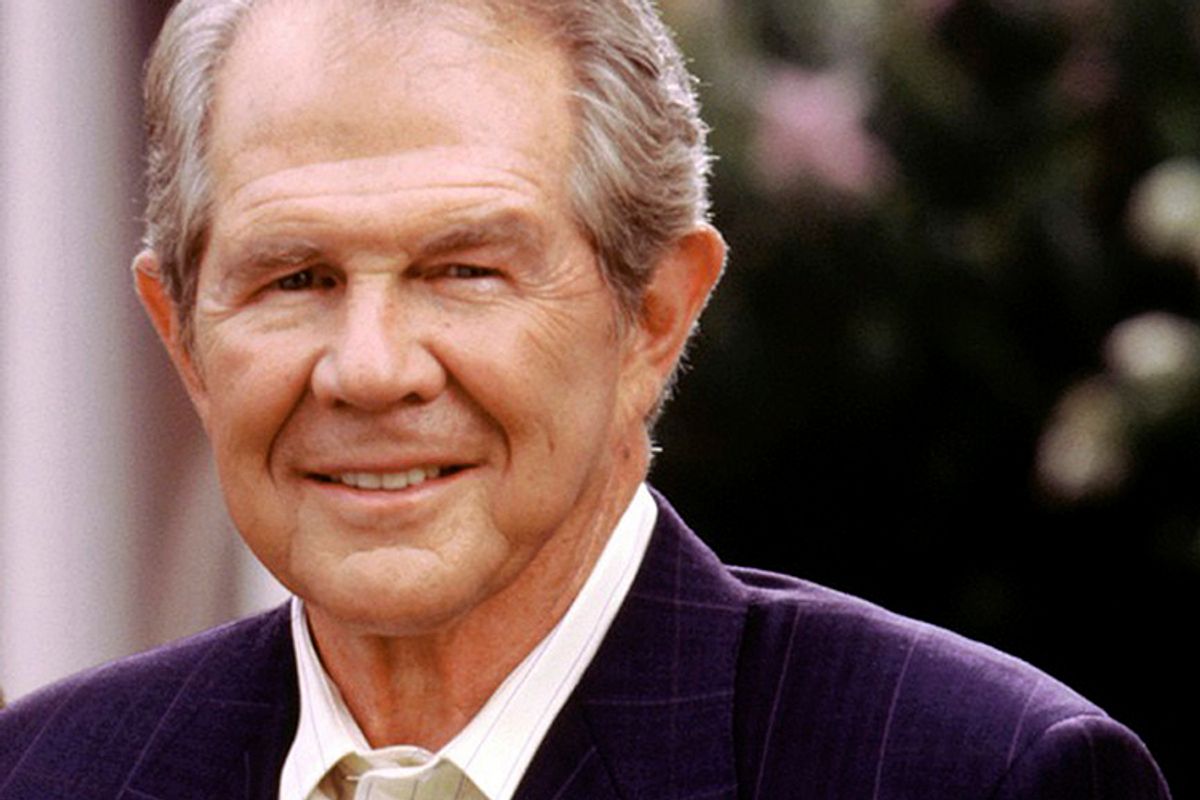 Joining Fox News hosts Steve Doocy and Mike Huckabee in a chorus of anti-LGBT bigotry, televangelist Pat Robertson criticized Houston mayor Annise Parker on Thursday's edition of "The 700 Club," blaming the openly gay leader's "lesbian predilections" for her efforts to keep an anti-LGBT discrimination ordinance in place. City officials have been criticized by the religious right for attempting to subpoena pastors' sermons for evidence of political wrangling (allegedly part of a concerted effort to repeal the ordinance), which Parker has since admitted was overly broad. But Robertson still hasn't forgiven the mayor for the incident, nor, it would seem, for being a lesbian.

"This lady ran as a moderate or whatever, and she was a lesbian but she's kind of stayed quiet, under wraps so to speak," Robertson said. "Now suddenly her predilections are coming forward."

Robertson went on to decry the lack of action on the part of Houston's Baptist community, a dominant force in the region. "This is one of the most outrageous demands I have ever heard in any city in the United States in our history," the host opined. "This is unbelievable! And this is Houston, Texas! A place where the Baptists are so strong! What are the Baptists doing down there now, letting this thing go forward? ... They've got to stop this thing, and this woman has just exceeded any authority of any city official that I have ever heard about in the entire history of the United States of America."

The host qualified his final statement, ostensibly to avoid seeming too hyperbolic, then went on to call the incident the worst event in modern American history. "Now, that's a lot, and somebody will say, 'Well, you don't remember what happened in Plymouth in 1700,'" Robertson concluded. "But right now, as far as I'm concerned, modern times, this is the worst I've ever heard."

Watch the clip, via Right Wing Watch, below: