Stephen Colbert burns Sean Hannity: "I can never match his ability to get his head up his own ass" 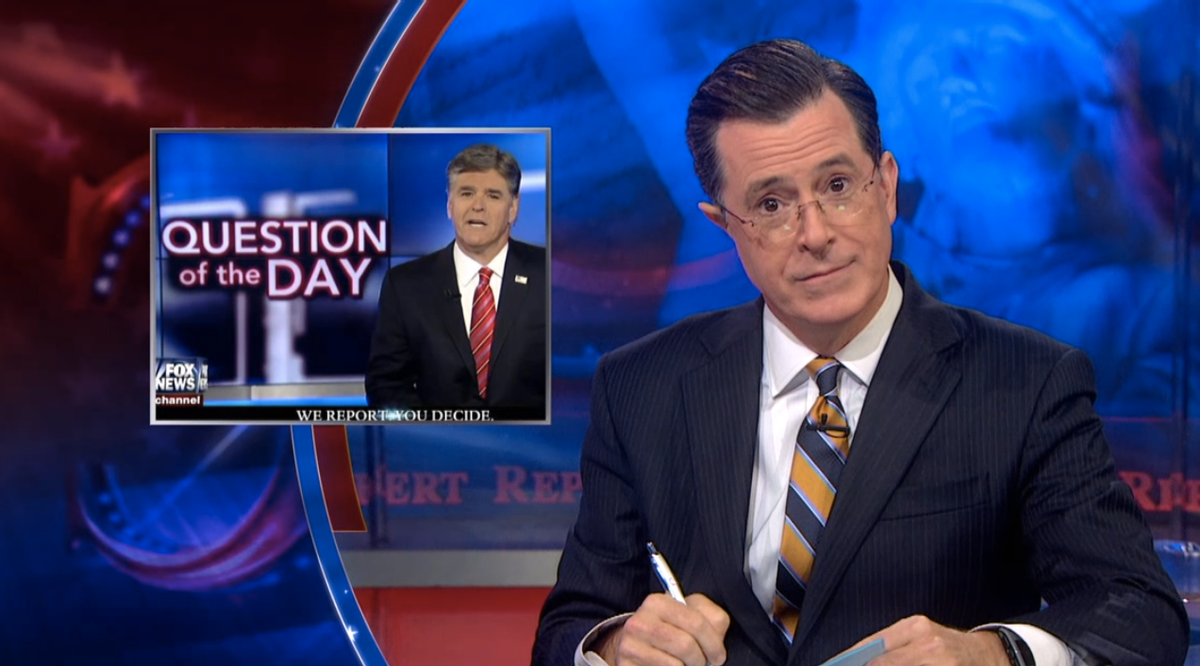 Stephen Colbert tore into Fox News personality Sean Hannity on "The Colbert Report" last night. Hannity recently introduced a segment called "Question of the Day." This segment is not Hannity delving into some hard-hitting news, but rather a way for Hannity and the viewers to get to know each other better -- and for him to ram in a few extra Obama insults.

Colbert's least favorite question thus far during the segment has to do with Hannity's latest workout regime, and so Colbert introduced an entire new segment as a response. Watch below: