"Tornado swarms" are now a thing we have to worry about

Tornadoes aren't becoming any more common, but they're increasingly arriving in clusters 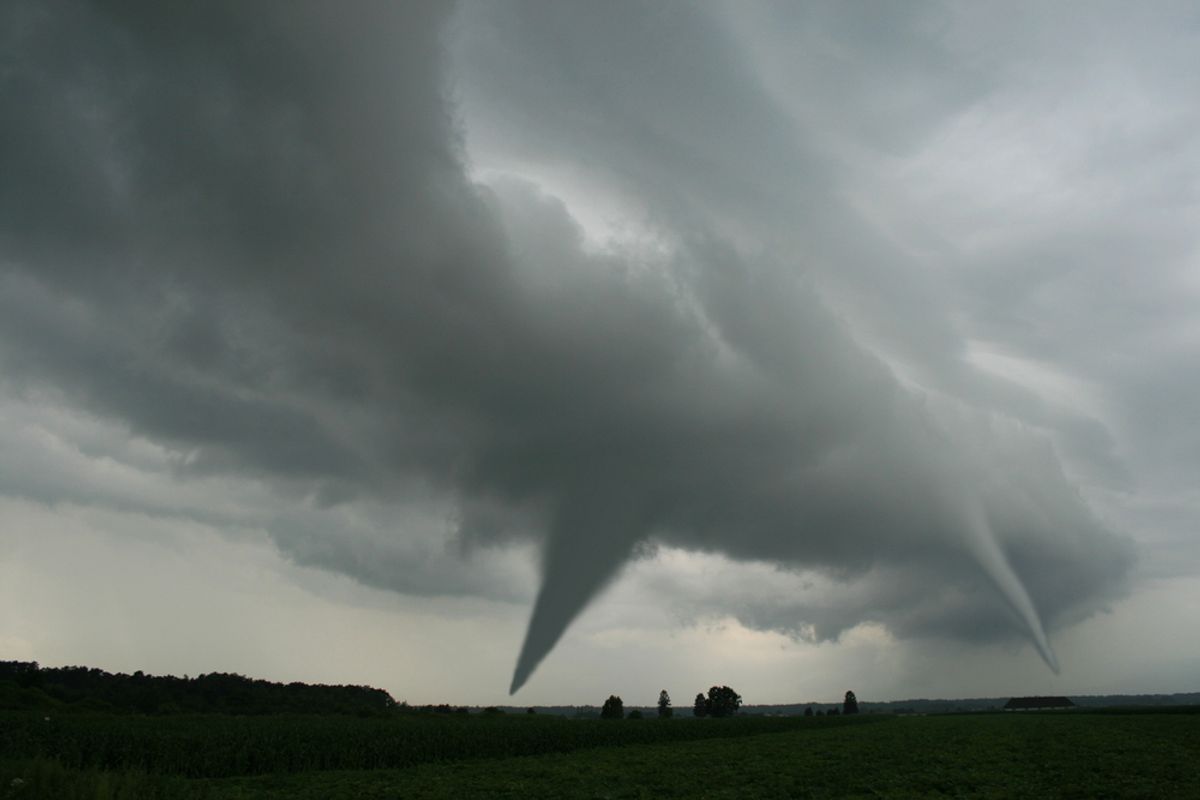 Something weird is going on with the tornadoes. It's not that the U.S. is getting hit with any more of them than usual -- our average has held steady at about 500. It's just that when they do come, they're tending to arrive in swarms.

A new study, published Thursday in the journal Science, is the latest to indicate that tornadoes have been acting differently lately. NOAA researchers looked at U.S. storms going back to 1954, and found that the number of "tornado days" (days during which a tornado occurs) has declined since the 1970s. Since the total number is remaining steady, that means that tornado days are rarer but also more eventful. In 2011, for example, there were only 110 tornado days, down from the 1970s average of 150 -- but nine of those days saw more than 30 tornados each. One horrific two-day stretch saw 175 confirmed twisters.

The study also finds that tornado season has been occurring erratically: while the heaviest activity usually begins in March and April, things are now getting started both extremely early or extremely late, depending on the year.

The changes have practical implications, as insurers and emergency responders need to anticipate less frequent, but potentially more damaging, tornado disasters. As Harold Brooks, the study's lead author, told Science magazine, “We need more resources … even if we don’t use them very often.”

The money question, of course, is whether or not this is our fault. The atmosphere has certainly been changing since the 1970s, warming as a result of greenhouse gas pollution. But while the researchers don't think the changes they observed stem from a reporting problem, they say it's too soon to draw a link between climate change and tornadoes gone wild. “We know that tornadoes form when there is lots of energy available for thunderstorms and when there is lots of wind shear,” Brooks told Smithsonian Mag, noting that while the former is increased by global warming (heat = energy), the latter is expected to decrease.

But the authors of another recent study, the first to document this phenomenon, believe it's possible that there's a climate signal at work. “The greater heat and moisture in the atmosphere is a direct result of a warming planet, and the warming is greater at the poles than at lower latitudes, amplifying and slowing the jet stream,” James Elsner of Florida State University in Tallahassee explained. “Shear will decrease on average across the globe as the warming in the Arctic outpaces warming elsewhere, but sufficient shear persists regionally when the jet stream waves amplify and stall,” leading to tornado swarms.

"The bottom line is that the risk of big tornado days featuring densely concentrated tornado outbreaks is on the rise," that study concluded, and this new one backs that up. So watch out.