At least one interesting thing came out of today's event! 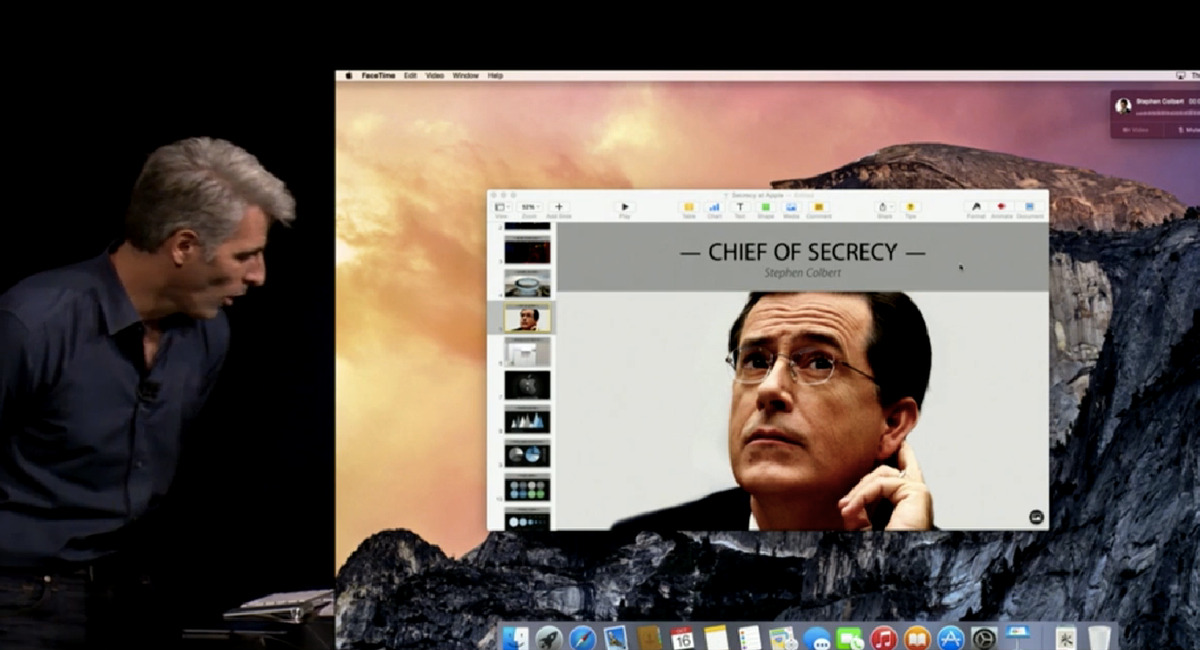 "Chief of Secrecy" Stephen Colbert at Apple (The Verge)
--

Stephen Colbert made a quick cameo at the major Apple event today -- injecting the otherwise underwhelming presentation with some comedic relief.

In a segment of the event led by Apple's software chief Craig Federighi, Colbert helped to explain Apple's new plan to "triple-down" on security, while assisting in a demonstration of some new Mac features -- including the ability to call another Mac from your Mac.

After demanding that he henceforth be known as Apple's "Supreme Commander of Secrecy," Colbert also chided the company over its recently unveiled Apple Watch: "Get back to work," he demanded. "Do you know what I see when I look at my wrist? My Wrist. Where's the watch? Chop chop. I'm jonesing for some jewelry, Craig."

Watch below, via the Verge: