Three cases in Texas do not an epidemic make. We should all be more concerned about heart disease and gun violence 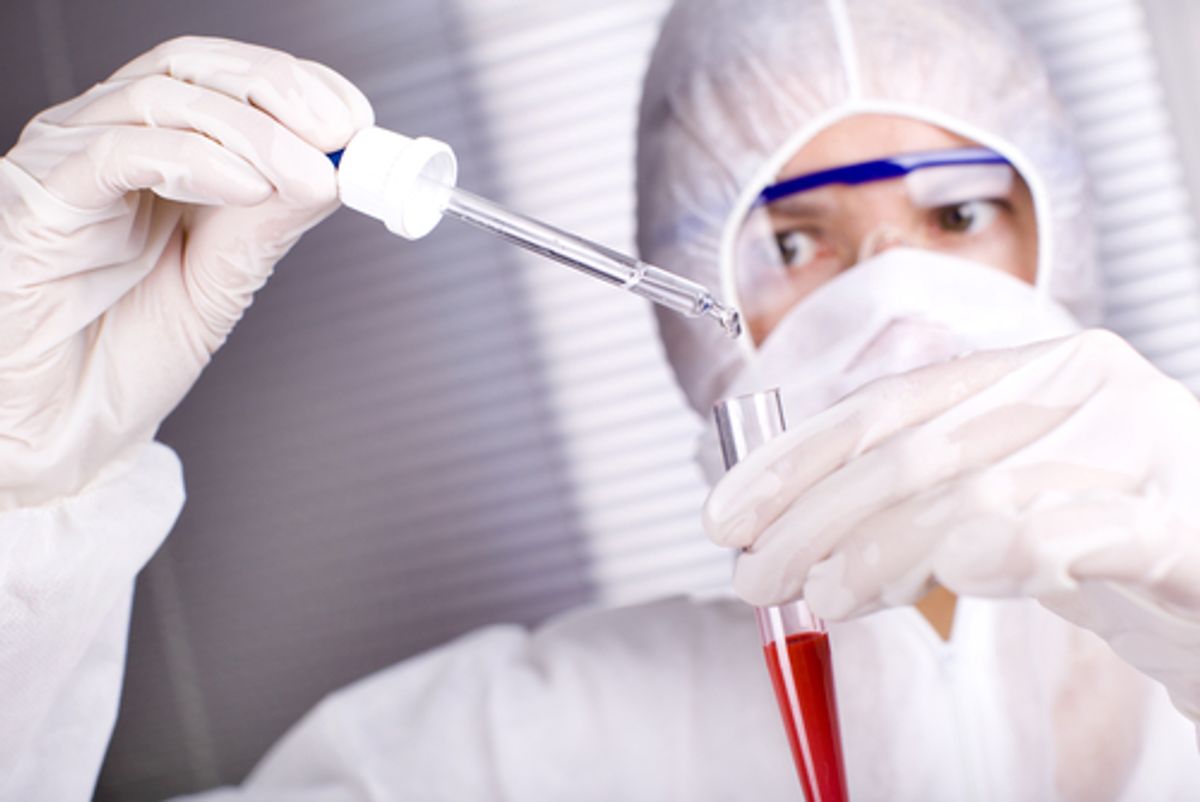 Ebola is scary. No doubt about it. Now that a second Dallas health worker has been diagnosed with Ebola, many people are justifiably frightened of the terrible disease—particularly healthcare workers who might find themselves taking care of Ebola patients. In Western Africa, the virus is spreading and nowhere near under control.
However, most Americans are just not at that much risk of catching Ebola, though you wouldn’t know it from the media. America has not seen fearmongering on this scale since the early days of  the AIDS crisis in the 1980s. Then, as now, a little-understood disease made people afraid of even being in the same vicinity as an unfortunate victim. As with AIDS, rumors and paranoia have begun to circulate.

In Georgia, home of the Centers for Disease Control, Gov. Nathan Deal announced that people should just wash their hands, because water kills the Ebola virus. (Wrong: chlorine bleach kills the virus.) Singer Chris Brown tweeted to his over 13 million followers that Ebola was unleashed as a means to population control. (Wrong, needless to say.) Right-wing radio commentator Michael Savage spewed that Obama was sending soldiers to Africa not to help in the crisis but to infect soldiers who could bring the virus back to the United States and wipe out Americans. Seriously, people, get a grip.

Of course, America does not have a corner on dangerous rumors and crazy theories. In Nigeria, rumors abound that Ebola doesn’t even exist. Obviously wrong. In Liberia, a country that is getting crushed under the spreading disease, there’s a rumor that kissing a dead victim of Ebola will immunize you. (Very wrong: It’ll probably infect you.) Meanwhile Fox News, CNN, the major broadcast networks, and local news stations are all buying into and promoting the hysteria, breathlessly spreading panic while ignoring actual doctors, researchers and health professionals even as they interview them. Jon Stewart on Comedy Central’s "Daily Show" rather brilliantly skewered this irresponsible “journalism” last week.

Ebola is a very deadly disease. There is no doubt it deserves the fearful respect it is given. But it is time, at least for Americans (and most of the world, actually, outside of Western Africa) to take a step back, breath deeply, and gain some perspective. Three cases of Ebola in Texas makes for a pretty crappy zombie apocalypse. One of the cases was directly exposed to Ebola in Liberia. The other two were in contact with the patient as caregivers. Healthcare professional after healthcare professional has assured us over and over again: Ebola is very hard to get. Period. Unless a victim’s blood, vomit, or other bodily fluid gets into your body via your eye, mouth, nose, or open cut, you cannot get Ebola. It is not transmitted via the air.

New York Times columnist Frank Bruni recently interviewed Jeffrey Duchin, chairman of the public health committee of the Infectious Diseases Society of America. “People get very fearful and stressed out and have a lot of anxiety about things like Ebola that aren’t a general health risk. Just look at causes of death in the United States. Everything is higher than Ebola, and there are things that we can do about many of them,” said Duchin, sensibly putting things into perspective.

Americans tend to worry a great deal about illnesses they shouldn’t worry about, while at the same time not worrying about very real threats to their health.

The point of all this is that we can be understandably concerned about Ebola without losing perspective. Ebola is not the thing to worry about. Right-wing politicians, who ignorantly talk about quarantining all of Africa (which health professionals have warned would make it harder to track the disease, not easier), and about children bringing Ebola across the border from Central America (where Ebola is unknown), and about washing your hands with water to kill Ebola, would serve us better if they turned their influence to things that really kill Americans. So far, at least, Ebola is not one of them.