The Chamber of Commerce and business front groups are losing the sick leave battle. Here's how they're responding 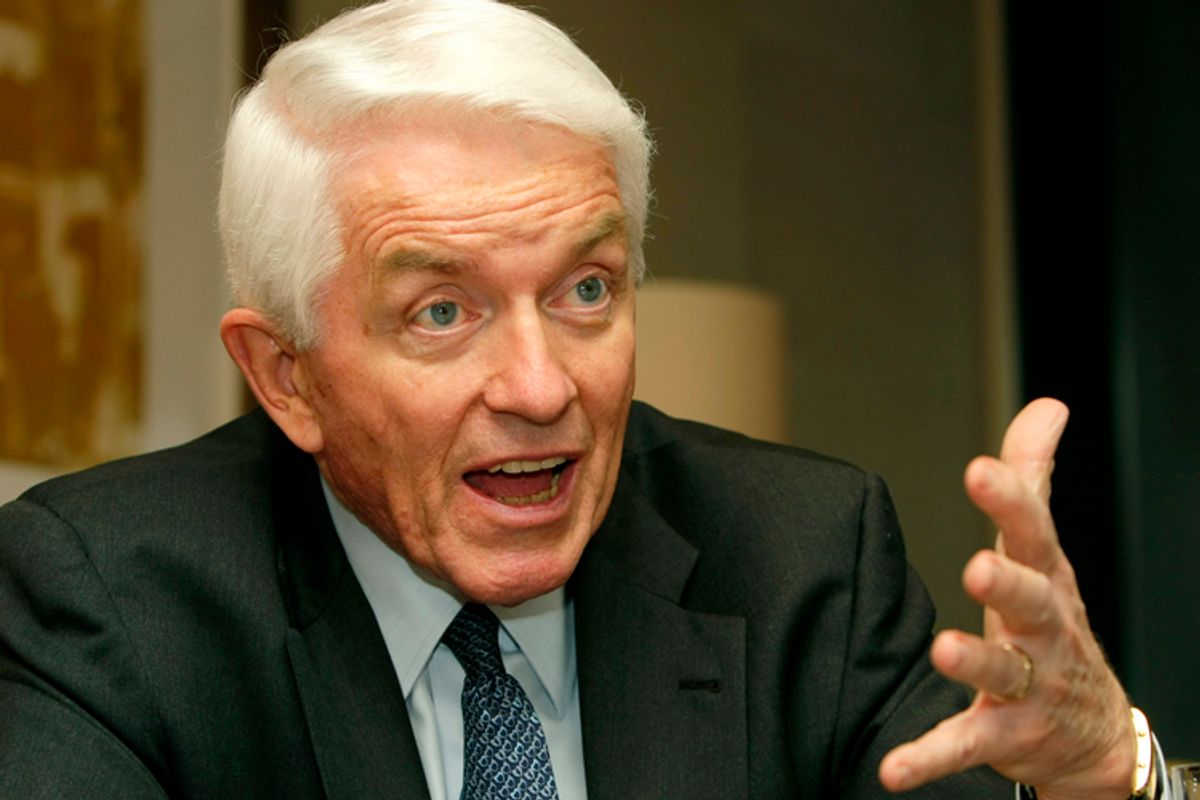 The effort to win earned sick days has gained speed and met with unprecedented success this year. But these wins have also prompted large corporations and their allied trade associations, including the U.S. Chamber of Commerce, National Restaurant Association and others, to ramp up their efforts to keep these and other workplace reforms from becoming law – even after the measures have been passed into law.

In the past nine months, San Diego, Eugene, Oregon, six New Jersey cities and the state of California have passed earned sick time laws and made it possible for close to 7 million more Americans to care for themselves or a sick loved one without losing a day’s pay or risking their job. In August, voters in Orange County, Florida, approved an earned sick time measure by 64 percent. But that vote – ordered after the courts found the Orange County Commission colluded to keep the measure off the November 2012 ballot – was rendered meaningless by a state preemption bill passed precisely to pervert the democratic process and deny voters their right to decide the issue.

This hijacking of democracy and undermining of local governments has become the go-to strategy for corporations determined to stop policies intended to modernize the workplace and give working women and their families a fair shot at getting ahead.

Earlier this month in San Diego, after the City Council approved a minimum wage and earned sick time measure that had 63 percent support from the public, and voted to overturn the mayor’s veto, opponents used their deep pockets to deceive people into signing a petition that will delay the pay raise and earned sick time for 18 months, until the election in June 2016.  A number of people taped encounters indicating that those gathering the signatures deliberately misled them about what the referendum would mean. The California Restaurant Association and San Diego Regional Chamber of Commerce reportedly paid $500,000 to collect more than 34,000 signatures.

“Considering the expense and deceit that big business poured into this campaign, I am not surprised that this many signatures were collected,” said the chief proponent of the ordinance, council president Todd Gloria. “With corporate interests flying in signature gatherers from other states and paying them up to $12 per signature, I understand the[ir] workers’ willingness to go to extreme lengths to cajole people into signing.”

Late this summer in Oregon, a week before the Eugene City Council voted to enact an earned sick days ordinance, the Lane County Commission passed three preemption laws challenging Eugene -- or any city’s -- authority to set this work standard. According to legal experts, the constitutionality of the county's effort is questionable but the anticipated legal fight over Eugene’s “home rule” rights and the county’s authority could delay the implementation of the earned sick time law.

And back in Orange County, Florida, members of the commission have put county charter amendments on the November ballots that would prohibit citizen initiatives about employer wages, benefits or hours, effectively killing future petition drives for sick-time or other measures such as fair-scheduling protections. Another proposed charter amendment would move up the deadline to place a successful petition-driven initiative on the ballot, giving the state Legislature the time to preempt, turning its oft-stated support for local control into “let’s have local control when the outcome goes our way.”

In addition to increased reliance on preemption strategies that keep local governments from enacting progressive workplace policies and prevent voters with a personal stake in these reforms from voting for these popular policies, big industry interests have funded a new nationwide organization — the American City County Exchange (ACCE) — to increase corporate power over municipal and county lawmaking.

It’s not enough that giant corporations, their allies and lobbyists have created gridlock in Washington, and convinced voters that Congress is worthless and that the political system is rigged against working people. Now they are looking to subvert the integrity of local governments, strip them of their authority and sabotage the unique relationship between a community and their closest elected representatives -- all because local governments are giving the people the progressive policies they want and need.

Ellen Bravo is co-executive director of Family Values @ Work, a network of 24 coalitions working to pass family-friendly policies such as paid sick days and paid family and medical leave.