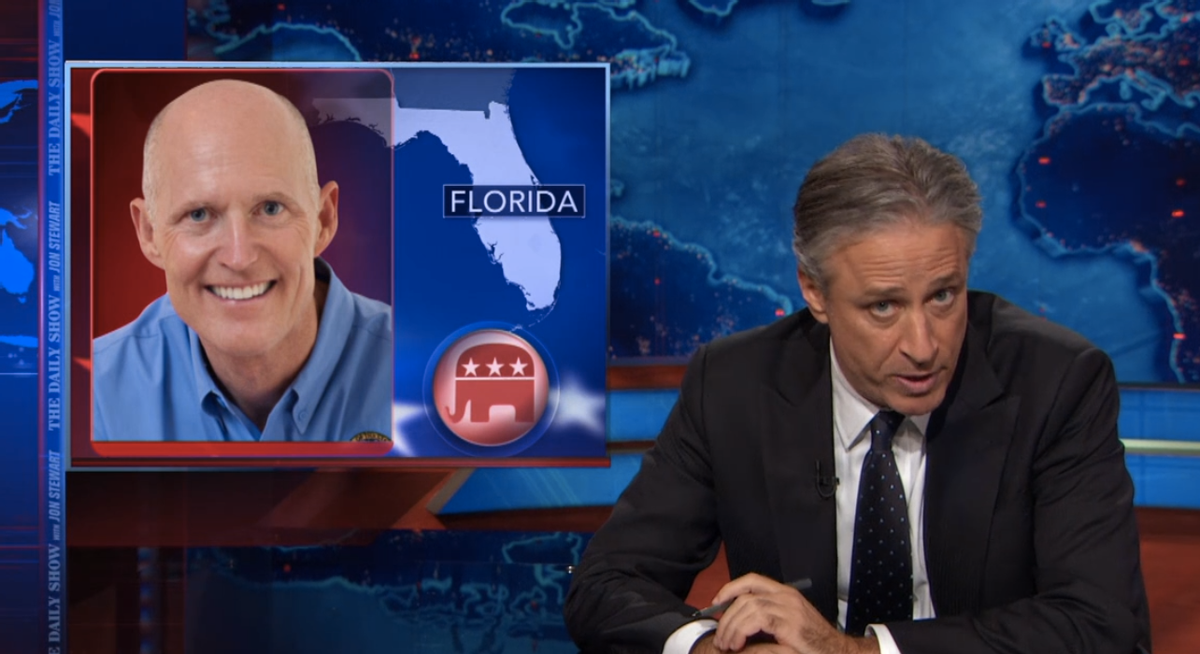 The heavy news of late was starting to weigh heavily on Jon Stewart's spirits. However, the host of "The Daily Show" found a glimmer of hope Wednesday night in Florida: fangate.

Stewart was absolutely delighted by the debate between incumbent Gov. Rick Scott (R) and former Gov. Charlie Crist (D) -- a debate that began with Scott refusing to participate due to the presence of a fan pointed at Crist's "presumably sweaty balls."