Planned Parenthood president: "When politicians argue and shout about abortion, they’re talking about me" 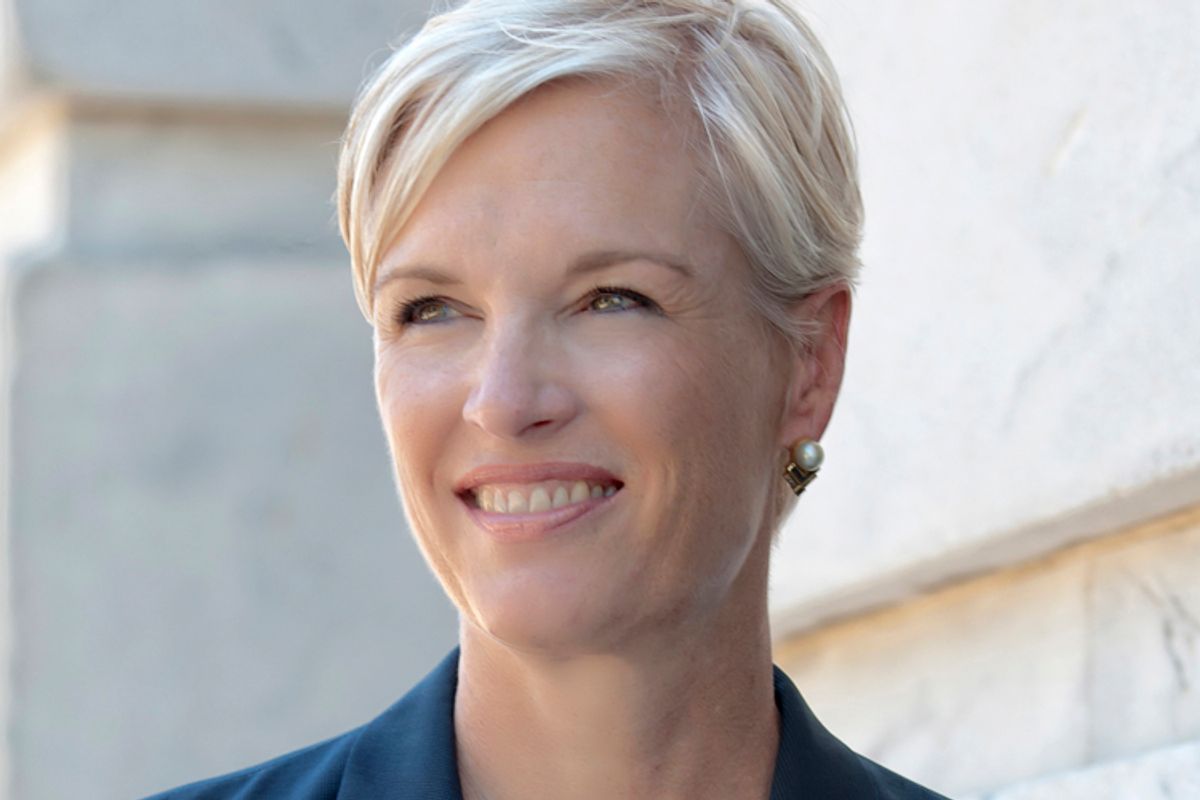 Planned Parenthood president Cecile Richards has long been a tireless advocate for reproductive justice and one of the most prominent faces of the pro-choice movement. Until recently, however, Richards was not one of the faces included on the growing list of women who have shared their abortion stories. Speaking out is an ongoing part of the movement's effort to reduce the stigma around abortion, a medical procedure so common, an estimated 1 in 3 women will have an abortion before the age of 45.

With those statistics in mind, it's not surprising that Richards is one of those 1 in 3. In a bold new essay for Elle, Richards speaks openly about her own abortion, and explains the need to reduce the shame, judgement and guilt directed at women who have had to take their reproductive decisions into their own hands -- like Richards, like myself, like millions of other women who feel forced into silence about their choice.

The reason "we just don't talk about" abortion, Richards writes, is because stigma has become so endemic and profound; it is how abortion "came to be discussed as an 'issue' instead of an experience," and forces women to defend private, personal decisions that should require no explanation:

No woman should be forced to justify her decision for having an abortion. The decision about whether to have a child, end a pregnancy, or choose adoption is hers alone. Some women make that decision in consultation with their family, friends, their doctor, or their faith—and that’s their decision, too.

It’s important that women be able to share their stories and experiences openly if they choose to, so that they can connect with each other and begin to end myths and misconceptions about both the procedure and the women who have it. There’s a big difference between sharing your story and being forced to justify your decision.

I know this firsthand. I had an abortion. It was the right decision for me and my husband, and it wasn’t a difficult decision. Before becoming president of Planned Parenthood eight years ago, I hadn’t really talked about it beyond family and close friends. But I’m here to say, when politicians argue and shout about abortion, they’re talking about me -- and millions of other women around the country.

Richards' decision to come forward about her abortion is extraordinarily powerful, but it is also not an indication that every woman who has had an abortion should have to share her story. While it is still critical for more women to speak out, a key to truly eradicating abortion stigma is to treat it like any other medical procedure -- which means that some women will feel comfortable talking openly about it, while others will consider it a private matter. Keeping these stories private for personal reasons is fine; keeping them private for fear of retaliation, discrimination, judgement or criticism shouldn't be.