"Nothing is going to kill my buzz over these WMDs, not even the second line in every story about them" 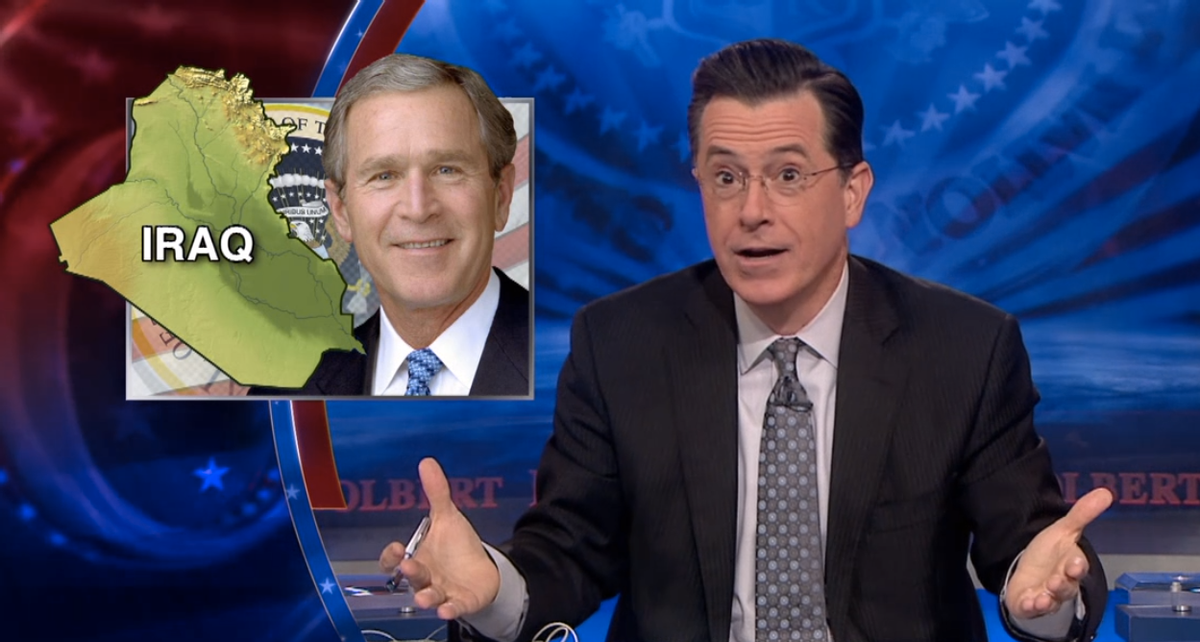 A report from the New York Times published on Tuesday, titled "The Secret Casualty of Iraq's Abandoned Chemical Weapons," set off a media firestorm.

In the article it was revealed that the U.S. did find chemical weapons in Iraq, and conservatives claim that the WMD found were the weapons President Bush went to war over. This, however, is false, as Stephen Colbert and the author of the story, Pulitzer Prize-winning journalist C.J. Chivers, proves. These were weapons leftover from two wars ago, weapons that the U.S. and other Western countries helped Iraq build in the 1980s. Learn more in the videos below:

And here is C.J. Chivers: